Thanks to Community Member nismos14 for finding this deal

Note, must login to your Costco account w/ an active membership to view sale price 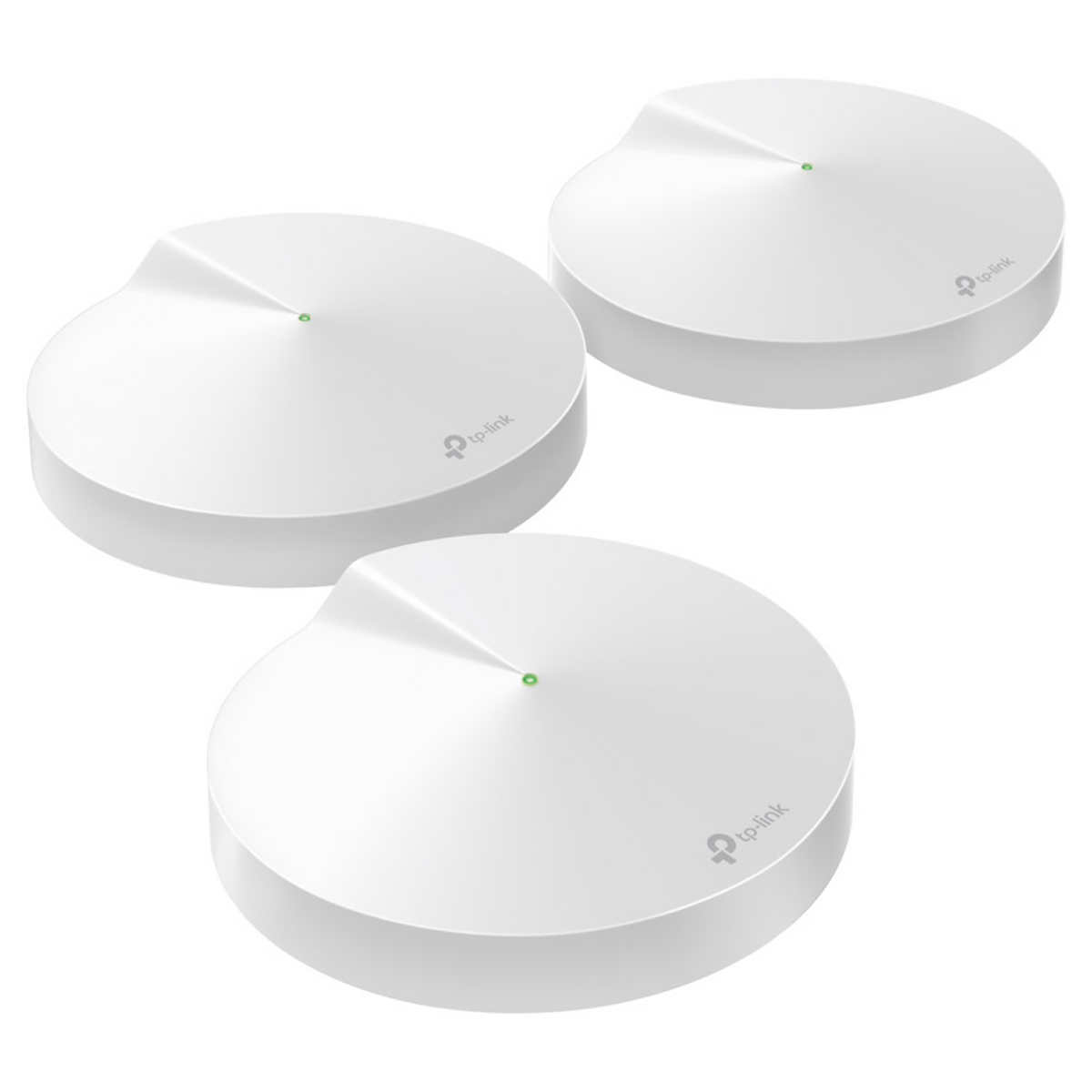 nismos14 posted this deal. Say thanks!

Add Comment
Reply
in Wireless (6) Get Costco Wholesale Coupons
If you purchase something through a post on our site, Slickdeals may get a small share of the sale.

Black Friday deals all month long!
Check back daily for the best deals as voted and reviewed by real shoppers like you.

mega asked this question on 10-11-2021 at 12:03 PM
10-11-2021 at 06:54 PM
The M9 offers an overall higher potential maximum throughput by having a third band (5Ghz fall over and dedicated wireless backhaul.)
Not knowing your specific network and usage profile, generalizing, the average 3-4 person home user will not notice a difference between the two.
That said, the M9 is your go-to choice if you are going to use wireless backhaul between the APs as the M5 (dual band) has to share the 5Ghz band between backhaul and user traffic.

10-12-2021 at 12:31 AM #136
I went with Costco Orbi RBK 753 and extremely satisfied, no speed loss at wireless satellites. No reboot needed for almost two years. Just ask yourself why the Orbi is almost doubled the price but Costco still offers them?

0
Reply
This comment has been rated as unhelpful by Slickdeals users
Joined Feb 2005
nolife, no title
1,744 Posts
796 Reputation
Pro

0
Reply
This comment has been rated as unhelpful by Slickdeals users
Joined Feb 2007
L2: Beginner
85 Posts
15 Reputation
10-12-2021 at 10:31 AM #140
I bought the nighthawk and I hated it. It dropped signal a lot and I wasn't able to separate 2.4 and 5ghz signal. Ended up buying the x90 TP-Link decos and it's worked great. I was able to set up a 2.4ghz guest network for my smart home devices. I probably would have picked up the ones on this thread if it was on sale then.

0
Reply
This comment has been rated as unhelpful by Slickdeals users
Joined Jan 2014
L4: Apprentice
482 Posts
120 Reputation
10-12-2021 at 11:11 PM #145
Hehe! It is the best mesh router!! Now I upgraded to TP-Link EAP-660HD (3 of them ceiling mounted) and a Omada OC100 controller, a Firewalla router with IDS and a Netgear POE switch! I no longer have mesh "router" :p In fact my router is not recognized my most people here as "router" and most people probably doesnt even know about APs. So, technically that is the BEST mesh "router" I have ever owned!

10-13-2021 at 04:56 PM #146
I'll have devices say there's no internet connection. That's when I started to look at the modem but the computer connected by ethernet cable is still online so the modem is in the clear. I tried disabling fast roaming. I can't say if I saw any real change with that or not. It is too intermittent and variable that I haven't been able to pin down a reason. And like I said, I tried changing the pucks around in case one was glitchy. I tried adding another one into the system wondering if there was some magic blackhole zone but that didn't do anything. I tried to remove one of the three wondering if it was too congested. Basically nothing made a difference. It works for the most part and is up most of the time. It's when it just stops that it doesn't make sense. It's also not for that long, maybe a few minutes and it goes back to normal. I've always thought there were gremlins in this house for other things. Maybe they're messing with my wifi when I'm not looking.

Xfinity mobile up to $150 back and up to $450 GC for new and existing customers with qualified trade-in and purchase a new phone.
6 • 15