EfficientOctopus822
+164 Deal Score
310,268 Views
PlayStation Store is offering The Walking Dead: Saints & Sinners, First Class Trouble, Knockout City, Kingdoms of Amalur: Re-Reckoning, Until You Fall, & The Persistence (PS4/PS5/PS VR Digital Download) for Free valid for PlayStation Plus Members only for the month of November 2021 or while promotion last.

Thanks to community member EfficientOctopus822 for finding this deal

Note, must login to your PlayStation account to redeem 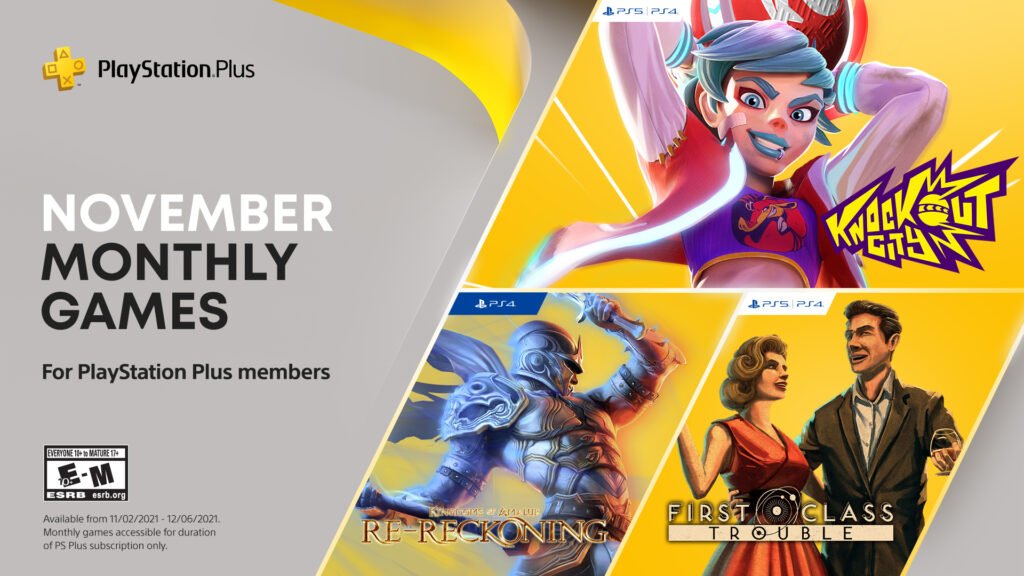 EfficientOctopus822 posted this deal. Say thanks!

garbage
This is the third crappy month in a row.
Nice lineup to me

32
Reply
This comment has been rated as unhelpful by Slickdeals users
Joined Jan 2021
L1: Learner
23 Posts
10 Reputation
Our community has rated this post as helpful. If you agree, why not thank ?
10-27-2021 at 02:02 PM #7
This is GREAT news, I almost bought Re-Reckoning and I've been wanting to play Saints & Sinners for a loooong time now. No idea about other 2 but I thought Knockout City was free...?

4
Reply
This comment has been rated as unhelpful by Slickdeals users
Joined Mar 2012
L2: Beginner
574 Posts
56 Reputation
Our community has rated this post as helpful. If you agree, why not thank ?
10-27-2021 at 05:19 PM #8
Knockout City is already a free game. And, they said that First Class Trouble was going to be free to play.

8
Reply
This comment has been rated as unhelpful by Slickdeals users
Joined Aug 2009
Long-time Lurker
93 Posts
20 Reputation
10-27-2021 at 07:01 PM #12
I remember liking Kingdoms of Amalur back on the PS3 when I was introduced to it by an ex. I was tempted to buy the Re-Reckoning but glad I haven't yet.

7
Reply
This comment has been rated as unhelpful by Slickdeals users
Joined Mar 2016
L3: Novice
194 Posts
32 Reputation
10-27-2021 at 08:36 PM #14
They said FCT was free to play for PS+ members in the state of play. It's just the base version of knockout city that's free to play, & I believe you can only play that version for so many hours or up to a certain level cap b4 you have to get full version. Otherwise, Microsoft wouldn't pay EA to have Knockout city on game pass if it was already completely free to play. Sony should also be throwing in 2 more free psvr games as they previously mentioned, so there's something for everyone this month & tons of value. KoA is still fun, but it's just a lot clunkier than we remembered & most of us have been blinded by nostalgia on that one, since what was an excellent combat system a decade ago isn't quite as good by today's standards. Still great value tho

2
Reply
This comment has been rated as unhelpful by Slickdeals users
Joined Dec 2018
L2: Beginner
40 Posts
10 Reputation
10-27-2021 at 09:08 PM #15
Definitely want to try KoA, I enjoyed it when it first launched. Wish I could justify getting a psvr but I already have a quest 2

25% off Cricut cutting mat $11.24
Copy Code & Open Site More Deals from
Did this coupon
work for you?
Copy
Link Copied to Clipboard