Thanks community member MarkD77 for sharing this deal

Example Deals (prices below are after in-cart discount):

Written by
The Streaming Plus PC from this deal has strong specs with the Ryzen 7 5800X and RTX 3070 TI and is $72.89 less than this HP Desktop configuration from this popular FrontPage deal which received over 100 votes from the community plus comes with 2x the RAM (32GB RAM) and 4x the Storage at 1TB SSD). -slickdewmaster 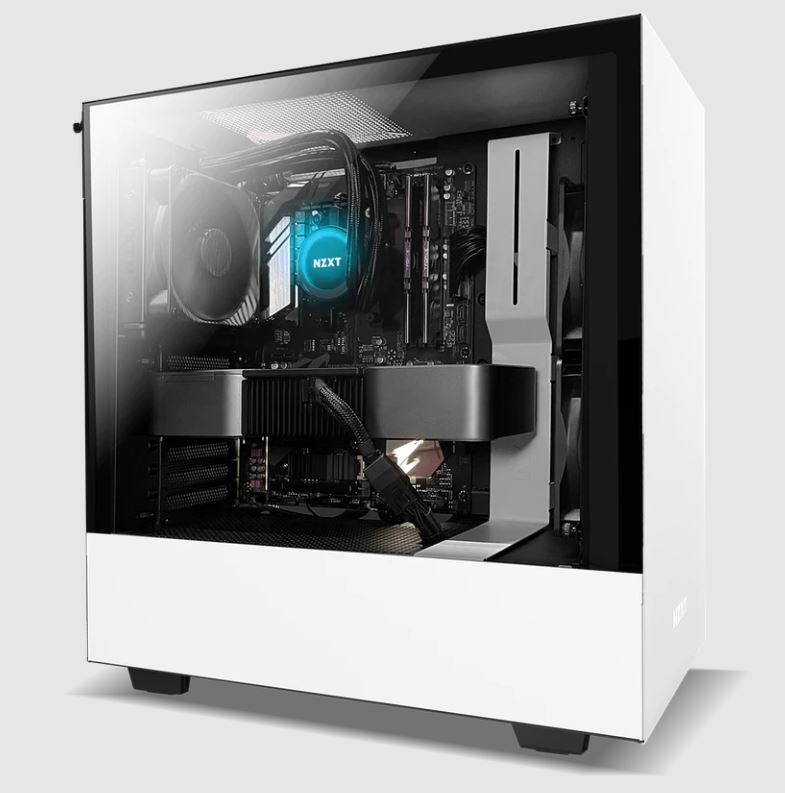 MarkD77 posted this deal. Say thanks!

Written by Edited November 27, 2021 at 05:31 PM by
Even though shipping is $50, these systems seemed like good enough deals to post them as another viable option for complete gaming systems. Since my HP post contained a lot of configuration options I'll probably use it as a point of comparison for most of these. Just follow one of the links and add item to cart and the 10% sale code is automatically applied when you go to checkout.

The H1 Mini [nzxt.com] is the same price as the Omen [hp.com] 5600x/ RTX 3060 configuration but has 2x the RAM and storage plus liquid cooling. The H1 Mini Pro [nzxt.com] is $17 more than the Omen [hp.com] 5800x/RTX 3060ti configuration and comes with 4x the RAM and 8x the total storage plus liquid cooling. The 10th gen i5 and i7 benchmark lower than their Ryzen 5000 counterparts, but score comparable effective FPS on many popular games. Still a decent deal at these price points without needing to upgrade anything that the Omen might be lacking on.

Again with the Starter Pro [nzxt.com] they offer the 10400F, and at ~$44 more than the Omen [hp.com] 5600x/3060Ti configuration but with 2x the RAM and 4x the NVMe, this one falls right in between the two Minis combining the lower CPU with higher GPU in a bigger case and full of listed brand name parts.

It's easier to compare these two directly to Omen [hp.com] configurations since the CPU is available on both. The Streaming Plus [nzxt.com] is about $73 less than the Omen 5800x 3070Ti configuration and comes with 2x the RAM and 4x the storage and liquid cooling. The Streaming Pro [nzxt.com] is kinda steep at almost $300 more than the Omen [hp.com] 5800x 3080Ti configuration but I figured I'd add it in anyway. It comes with 4x the RAM and storage, liquid cooling, and while these two aren't as good for people just wanting the GPU in a throw-away system, they're also not OEM garbage. Videos I searched had Gigabyte and EVGA brand GPUs as well as other name brand parts I've listed and overall better specs.

Gigabyte B450 Aorus Pro WiFi Motherboard
Kraken X63 280mm AIO Liquid Cooler
750W Gold Power Supply
$2609
EDIT: This motherboard listing could be mistake as the Streaming Plus also previously used B450 and now uses B550, and the Streaming Pro Build Kit comes with B550. There's also no B450 option in their custom builder.


EDIT: For people who are interested in (or not opposed to) building a PC, they do also offer some Build Kits [nzxt.com] which contain everything you need to build the specific series system as listed, and for a little bit less cost. Looks like currently they only have the Starter Pro [nzxt.com] for $1259 or the Streaming Pro [nzxt.com] for $2519.

Add Comment
Reply
in Desktop Computers (3) Get nzxt.com Coupons
If you purchase something through a post on our site, Slickdeals may get a small share of the sale.

Honestly surprised this is not getting more love. Any idea on how this company is with prebuilts on warranty issues?
Website shows 5800x and so does my order confirmation.
Not sure, but all parts are warrantied by the manufacturers. Recently ordered a PC from them so I could get my hands on an RTX 3090. I got the build for the same price as scalpers are selling the RTX 3090 alone.

I had an amazing experience! The PC was packaged fantastically for shipping, and it only took a couple of days from order to receiving. Beautiful PC and highly highly highly recommend a custom build from NZXT!

This comment has been rated as unhelpful by Slickdeals users
Joined Mar 2008
L3: Novice
164 Posts
65 Reputation
11-25-2021 at 08:47 AM #3
Honestly surprised this is not getting more love. Any idea on how this company is with prebuilts on warranty issues?

This comment has been rated as unhelpful by Slickdeals users
Joined May 2008
L4: Apprentice
402 Posts
38 Reputation
11-25-2021 at 11:11 AM #10
Something screwy is happening. The link from this posting does show a 5600x, but if you go to their website and browse for the Streaming Plus PC it still shows 5800x. I recommend you take some screenshots to protect yourself if a 5600x shows up.

I had an amazing experience! The PC was packaged fantastically for shipping, and it only took a couple of days from order to receiving. Beautiful PC and highly highly highly recommend a custom build from NZXT!

The Streaming Plus is still a good deal, though you could probably do better if you get lucky with component sales like I did, but that's not a guarantee -- plus it's convenient to have someone build/test it for you.

If I were in the gaming PC market, I'd much rather buy a pre-built system from a vendor that sells PC components (Asus, Corsair, MSI, NZXT, etc), over more popular vendors that sell pre-built systems with proprietary components galore (Dell, HP, Lenovo, etc).