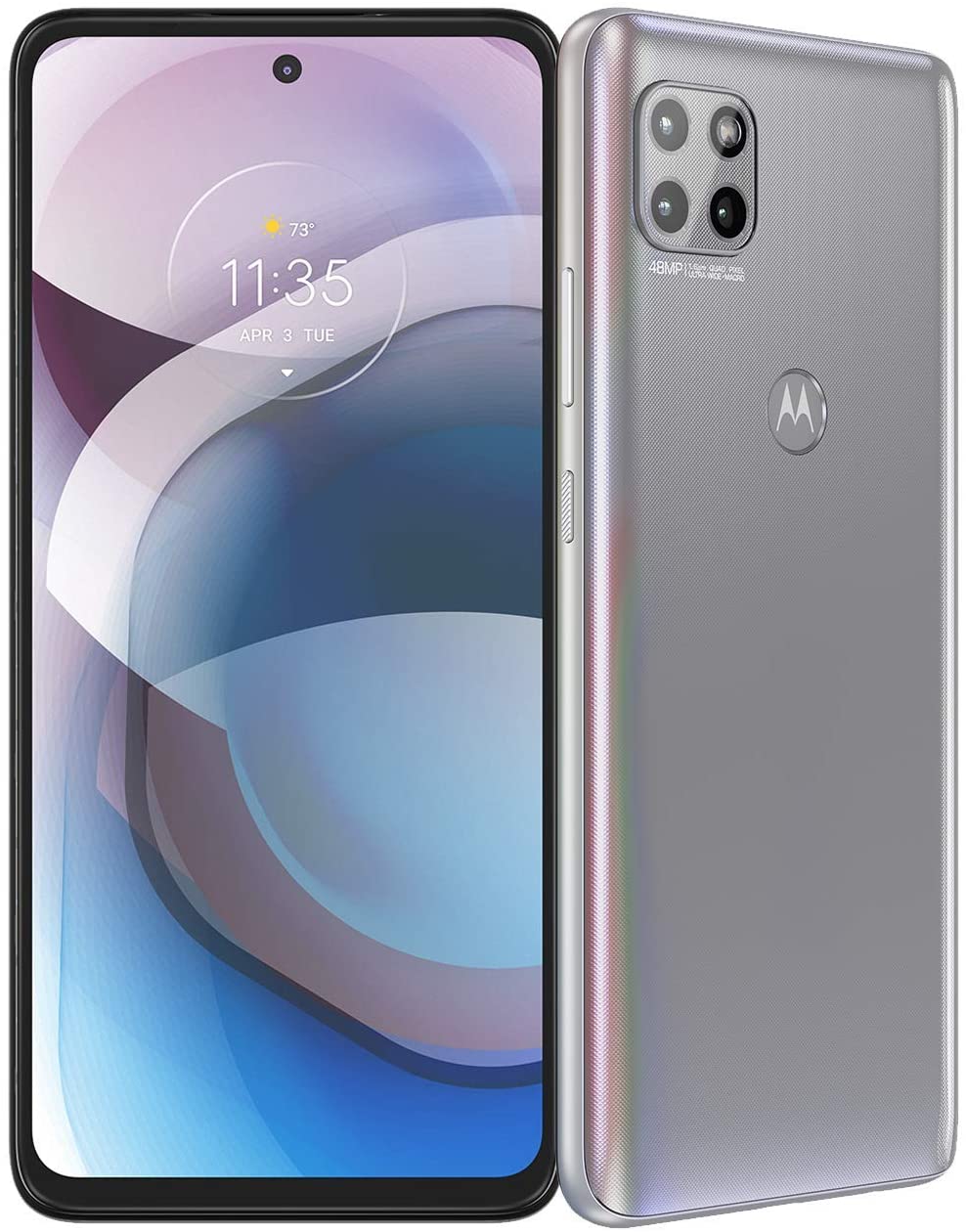 Frugalitysake posted this deal. Say thanks!
Add Comment
Reply
in Smartphones (7)
If you purchase something through a post on our site, Slickdeals may get a small share of the sale.

All the modern phones are too big for my pocket and I prefer metal back cover (moto stopped that after g5 plus) instead of some plastics.

0
Reply
This comment has been rated as unhelpful by Slickdeals users
Joined Nov 2021
L5: Journeyman
655 Posts
94 Reputation
11-29-2021 at 09:28 PM #34
I've had a number of Moto G phones and they are solid, but the Pixel is a whole level or two up. Seriously great screen and camera, dual speakers that are tuned perfectly, and no bloat. I shave the Pixel 3 and my original Pixel 1 (first gen) still works great and running Android 10. No issues ever on both.

0
Reply
This comment has been rated as unhelpful by Slickdeals users
Joined Jan 2014
L6: Expert
1,185 Posts
11-29-2021 at 09:57 PM #36
Well, I'm trying to make a decision. I have the Moto G7 (XT1962-1) and I've loved it since I got it on the Fi deal for $100, but it's had a rough life. I've also had the G3, G4 and still have my G5. I cracked the screen and replaced it with an Amazon screen, which sucks. I should've never spent the money. It has lags and service issues occasionally. I'd get another, but I'd say the biggest flaw is the camera. At the Sublime concert in September, I couldn't get a decent picture from the grass at the Kettlehouse Amphitheater in Bonner, MT. It was okay, but definitely not great. I could see other people with excellent picture quality and zoom. Not the worst issue to have, I could get past that if I had to, but if I can upgrade for a few extra dollars, so be it.

I need the SD card slot. 4K isn't as important as clear low-light recording. I take lots of video and want to use my drone more, and sometimes the video straight to the phone is decent enough for a preview. I know it sounds backwards, but I just have loads of pictures and video and hate to organize it or transfer it off of my phone. The processing speed is fine. Editing a video isn't bad, but I seem to have issues with TikTok crashing constantly, but not sure what the issue is there. I also use Consumer Cellular, GSM, but may change to something else, like Straight Talk. I use less than 3GB of data monthly. So if someone has a good recommendation under $300 that fits those, I'd appreciate it. Or I'll just get the Ace.

0
Reply
This comment has been rated as unhelpful by Slickdeals users
Joined May 2006
I hate mail in rebates
7,323 Posts
1,444 Reputation
11-29-2021 at 11:00 PM #37
Android Auto should allow you to use it just like Apple Carplay. Does your car not support Android Auto? If not, you can put it on bluetooth and still charge on USB.

This comment has been rated as unhelpful by Slickdeals users
Joined Apr 2017
New User
3 Posts
10 Reputation
11-29-2021 at 11:13 PM #38
Those Motorola budget phone get slow quickly. After couple months, it will slow down significantly. I think they used cheap cpu and ram which would degrade faster

0
Reply
This comment has been rated as unhelpful by Slickdeals users
Joined Feb 2004
L6: Expert
1,265 Posts
185 Reputation
11-30-2021 at 06:01 AM #43
Did not see this y-day but had Ace 5G in my cart for a week, once price dropped ordered it instantly. Also got 5% back on Prime. Hope Lineage OS will support it too in a year or two when security updates stopped. Been using Moto X4 but cant use it with ATT anymore and Verizon sound quality sucks. Wish Ace also had gorilla glass and IP67 rating but cant have it all...