This product comes with a free electrostatic sprayer. 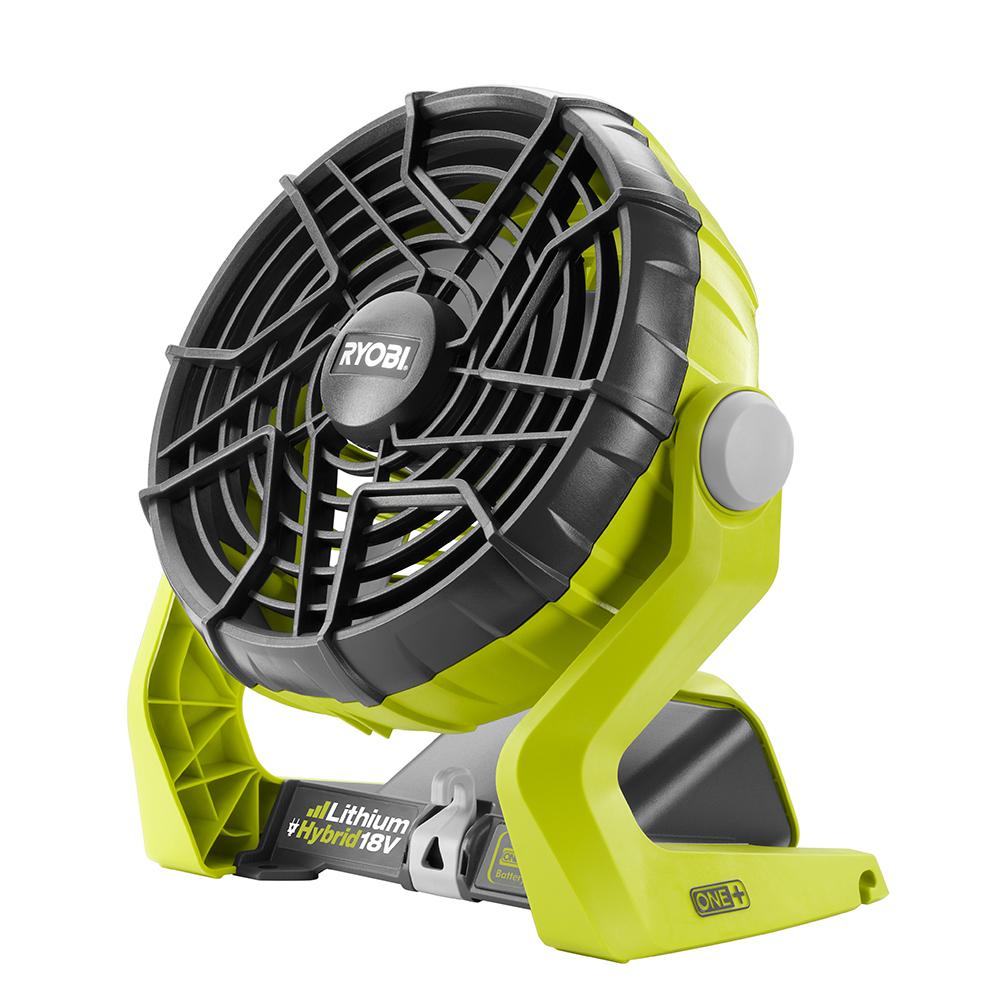 This comment has been rated as unhelpful by Slickdeals users
Joined Jul 2007
L5: Journeyman
678 Posts
157 Reputation
Our community has rated this post as helpful. If you agree, why not thank ?
12-02-2021 at 05:34 AM #2
This fan desperately needs a design refresh/update.

There is no way to lock the angle of the fan head in position. Given time it will drift towards the ceiling.

I've had mine for less than a year before it has become so loose it loses position in a matter of minutes which requires constant readjusting.

I've had two of these fans, both same issue. HD reviews are full of identical issues.

12-02-2021 at 11:54 AM #8
.
Yes, I bit on that and both the OP Ryobi and Dewalt 12" or so fans in the past. My neighbor has a Milwaukee about the same size and for any of them, you got to almost be on top of them to feel any air moving in the heat of the summer on say, a job site. But, if stuck back in a hole like some plumbers and electricians find themselves, a little air movement is better than nothing.

What I do use and save the Ryobi and DeWalt for, is if the power goes out in the winter to move air from the wood stove or fireplace... it is just about the right amount. Meanwhile, the prices have dramatically dropped from when first introduced.

When I miss a deal, I always save money... funny how that works.

0
Reply
This comment has been rated as unhelpful by Slickdeals users
Joined Nov 2019
New User
1 Posts
10 Reputation
12-03-2021 at 03:57 PM #13
I've had my Ryobi fan since Ryobi Days 2019. I have used the fan a lot, and the tilt mechanism is working just as good as new. I took special care to avoid loosening the plastic tilt assembly. First and foremost, I never pick up the fan by the handle. Doing so puts most of the fan and battery's weight on the tilt mechanism. I simply pick up the entire fan to move it. Also, I rarely and actually avoid adjusting the tilt. I am taking these measures because of my experience with other corded fans by Air King, which eventually developed a loose tilt problem. My Ryobi, however, works perfectly.

Also of interest is that my Ryobi fan has not gotten noisier with age. I also like the fact that this Ryobi fan is smaller than the competition and is physically lower. Works great in bed. You don't have to tilt it downwards in bed because it is already low (heighthwise).

Home Depot currently has the same Ryobi fan, including a 2.0 amp hour battery and charger for only $59.99. It's worth every penny. I own three of them. However, most of the usuage has been on my oldest fan. One fan is still brand new and has never been used. The other one is at a rarely used location.

I have this fan from DTO. The original was loud, like a bearing was cracked maybe? Talked to Ryobi warranty department and they sent me a brand new fan. Zero issues. If you have issues, I have personally had fantastic interactions with Ryobi support between this and my cordless shop vac. Best of all, you call South Carolina and not a huge call center overseas where it often seems like they don't even know the company they are supporting on a given call.

I think what people forget with a lot of reviews is most people in general won't bother with writing a review. So the people you are getting are either lovers or haters of a product. If the vast majority are 4-5*, I'd say way more love than hate.