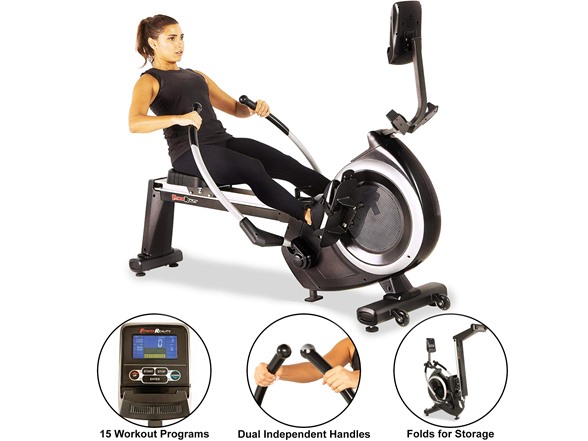 mychaluva posted this deal. Say thanks!
Add Comment
Reply
Created 06-29-2022 at 09:14 AM by mychaluva
in Sporting Goods Get Woot! Coupons
If you purchase something through a post on our site, Slickdeals may get a small share of the sale.
Deal
Score +4
2,251 Views
See Deal
About the OP
Send Message
Joined Jul 2005 L5: Journeyman
162 Reputation Points
13 Deals Posted
42 Votes Submitted
517 Comments Posted

This comment has been rated as unhelpful by Slickdeals users
Joined Nov 2020
L2: Beginner
66 Posts
19 Reputation
06-30-2022 at 07:23 AM #2
Just watched a review on YouTube. The rollers that the seat rides on the rail is plastic! Plastic rolls on steel is not going to last....

06-30-2022 at 08:11 AM #3
I saw that too. The review I saw said that the guy had approximately 65 hours and was estimating about 150 hours before the wheel wear would become an issue... I figure if I can sustain use of it long enough to start wearing out parts, then it's a worthwhile purchase and I'll deal with sourcing a replacement seat. I may also feel around for any burrs or rough spots and try to smooth them out before they start chewing up the wheels. The Amazon reviews didn't seem to indicate that as a common issue, but there were some other parts that I'm slightly more concerned about based on those reviews (screen, chain).

For the price I think it's still a really solid purchase. Most machines under $1000 seem to have a shortcut somewhere. Even the Concept 2 machines that are built like tanks have to be oiled regularly and have parts that require replacement over time.

0
Reply
This comment has been rated as unhelpful by Slickdeals users
Joined Nov 2020
L2: Beginner
66 Posts
19 Reputation
06-30-2022 at 09:45 AM #4
Also, the most common negative feedback from Amazon was that the customer service did not respond. So the warranty doesn't mean much if they don't reply and service.