Slickdeals Forums Deal Talk Audible 2 for 1 Sale
Advanced Search
Sorry, this deal has expired. Get notified of deals like this in the future. Add Deal Alert for this Item
Frontpage Deal

fighting_blindly
+41 Deal Score
12,841 Views
Audible has for its Premium Plus Members: Select Audible Audiobooks on sale at 2 Books for 1 Credit.

Thanks to community member fighting_blindly for sharing this deal 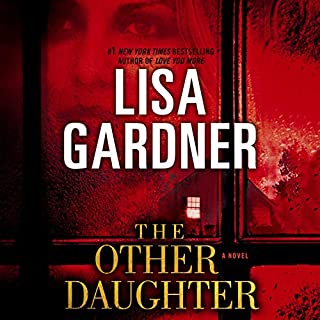 fighting_blindly posted this deal. Say thanks!

Books I'm seeing. Warning I have a bent for Fantasy and Scifi

1. American Gods by Neil Gaiman
2. Overlord, Vol. 1 (Light Novel): The Undead King By Kugare Maruyama. so-bin
3. Artemis by Andy Weir
4. The Fairy Godmother by Mercedes Lackey
5. Washington Black by Esi Edugyan
6. Half A War by Joe Abercrombie
7. Dragon Teeth by Michael Critchton
8. A Life on Our Planet by Sir David Attenborough
9. A Bridge to Terabithia by Katherine Paterson
10. White Teeth By Zadie Smith

American Gods is not only one of the best novels in the last 20-some years but the audiobook is the best I've ever heard.

This comment has been rated as unhelpful by Slickdeals users
Joined Feb 2015
L3: Novice
114 Posts
56 Reputation
08-11-2022 at 02:37 PM #3
Premium Plus members only sadly. No free trial this time. Still waiting impatiently for the next one.

2
Reply
This comment has been rated as unhelpful by Slickdeals users
Joined Dec 2013
L2: Beginner
66 Posts
10 Reputation
08-11-2022 at 07:06 PM #7
Any recommendations from this list? So far only thing I can find that I want is intelligent investor.

0
Reply
This comment has been rated as unhelpful by Slickdeals users
Joined May 2007
L6: Expert
1,356 Posts
419 Reputation
Pro

0
Reply
This comment has been rated as unhelpful by Slickdeals users
Joined Nov 2020
L1: Learner
11 Posts
33 Reputation
08-11-2022 at 08:39 PM #11
None of my GoodReads "Want to Read" except for "Intelligent Investor" is available on sale unfortunately. I spent two hours trying to find a good option and picked "My Early Life" by Winston Churchill

08-11-2022 at 09:26 PM #12
I don't know. It's a polarizing book. I read and listened to the 'American Gods' audiobook (switching between reading it kindle and the Audible audiobook). The narration was good. But the book itself is — in my (very subjective) opinion, overhyped and in general not good at all. I typically read about 30 books a year, and among the hundreds of books I've read, this one is one of my lowest ranking ones.

Some background — I had heard so much about the book before I got round to it. I knew it's supposed to be seminal work by the author. And it has won many awards and is a perpetual best seller. So maybe I was expecting it to be special. I read the the 10th or 20th year anniversary edition with a preface written by him. And there he says the book is meandering. So I knew to expect that. But unfortunately I was still disappointed.

It's not because the book is bad. He wrote it in a way that readers get a flavor of what a road trip through America would be like. He did a commendable job at that. But that unfortunately makes the book too boring. The statement 'the book is meandering' is an understatement. Random chapters in between that are unconnected to the main story. Incidental characters are introduced and you read quite a bit about them, but then they vanish for the rest of the book. All of this does serve the purpose of richer world building. But they make the main story just too sluggish. Also some sections were too gratuitous for my liking.

A note for those that are considering starting this book — This is Neil Gaiman's most famous book but I like his other works better. I would suggest reading some of the top reviews on Amazon to get a feel for what to expect. My opinion is not unique. Like I said, the book is polarizing (and the author knows that fully well). Some people absolutely love the book and have given glowing reviews. Others (like me) wonder what the fuss is about and have given it one or two stars.

I know it's difficult to judge a book in advance, but this is a long book and requires significant time investment. So by reading some of those reviews you might get an idea of whether you like that genre or not. It might be a good book - but so is 'War and Peace'. I know I'm not gonna read it; Just not my cup of tea. Think of this book in similar terms. Try and get a feel for whether such a book might be to your liking.

Didn't even know Reggie released an autobiography. This now is climbing to the top of my TBR.