Get up to 3% Cashback on this exclusive Offer when you download the Slickdeals Extension.

This deal may be eligible for up to 3% cashback at Dell Technologies with Cashback Rewards, a program exclusively for Slickdeals members that enables you to maximize your savings by earning Cashback Rewards Points on select deals found on Slickdeals. Points are redeemable for PayPal credit, gift cards and more. Sign up and start getting paid to shop. 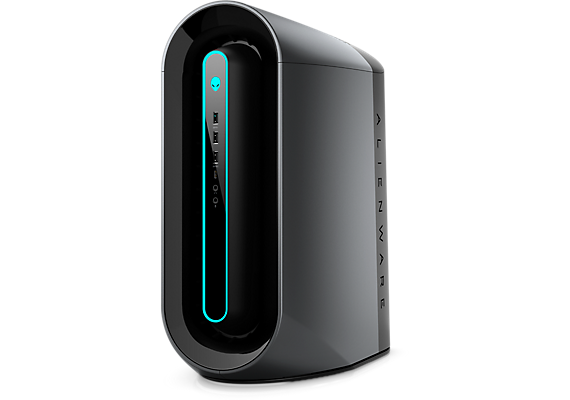 delz4stelz posted this deal. Say thanks!
Add Comment
Reply
in Desktop Computers (5)
If you purchase something through a post on our site, Slickdeals may get a small share of the sale.

2
Reply
This comment has been rated as unhelpful by Slickdeals users
Joined Aug 2006
L6: Expert
1,374 Posts
123 Reputation
10-05-2022 at 03:52 PM #4
thats the reason i build my own. its so darn hard to find one where you will be happy with the airflow/cooling or the psu. while i value my time, it seems for now that if i want to be happy with the system in regards to those issues in particular than i might as well build for the money.

This comment has been rated as unhelpful by Slickdeals users
Joined Nov 2010
L3: Novice
178 Posts
31 Reputation
10-06-2022 at 12:26 PM #9
No good. You would just be investing more into a bad build. If your price range was around here, you are better off building your own or spending more money on a better build. Hard Pass on this Space Heater.

1
Reply
This comment has been rated as unhelpful by Slickdeals users
Joined Nov 2013
L6: Expert
1,587 Posts
454 Reputation
10-06-2022 at 01:09 PM #12
if you know how to build, then it's almost always worth building your own. prebuilts, especially from non-boutiques like Dell, are going to use proprietary (and often sub-par) parts and nerfed BIOS (power limiting by HP, for example), and that's before factoring in the upcharge for pretty much every component that you see. this can lead to a terrible time troubleshooting (more difficult to fine tune BIOS, replace proprietary parts, etc.) and more downtime as a result (sending in the entire pc for RMA).

the upside of prebuilts like these are obviously not having to build your own (waiting around for deals for individual parts, etc) and being able to just use it right out of the box (no praying to your deity before pressing the power button). also, if there's any issues whatsoever, you just have to call one number instead of figuring out which part is broken and contacting the manufacturer.

sometimes there are pretty solid deals on prebuilts, but i often see myself wanting to either upgrade or swap out a couple of components (insufficient SSD space, or if they used a 5600G instead of a 5600X, for example). not sure who comes up with the combinations of parts but i often wonder their logic.

long winded way to say that i completely agree, and if you know what you want and know how to build it (and know generally how to troubleshoot a pc), then even if it seems like more of a time suck in the beginning, there's a chance it might save you more time in the long run by buying more quality parts that are less likely to have issues.

2
Reply
This comment has been rated as unhelpful by Slickdeals users
Joined Jun 2015
L2: Beginner
73 Posts
32 Reputation
10-06-2022 at 02:08 PM #13
I wouldn't buy this. The heat issues are all over the place. It's not just one fixable problem with noctua fans or something, the whole case is riddled with air flow and thermal issues. I believe they also underclocked the processors in some models since cooling is so bad.

1
Reply
This comment has been rated as unhelpful by Slickdeals users
Joined Mar 2008
L2: Beginner
37 Posts
14 Reputation
10-06-2022 at 02:21 PM #14
intel i7-12700 comes with pci-e version 5 slots, and DDR5 memory, both seems to give longer term future. Not exactly thrilled with the RX 6800 XT video card, would prefer a GTX 2070 or better. Single threaded performance is better, but Multithreaded is faster on the Ryzen.