$75.00
-1 Deal Score
2,027 Views
I used KwikVet in Los Angeles and I was amazed at what these guys do. I understand they are also available in other major cities.

They have an app, similar to Uber, to get a veterinarian in your home any time of the day or night. The Vet came within 45 minutes of my calling it through KwikVet's mobile app. I believe they have both iOS and Android versions.

She came accompanied by a veterinary assistant and brought a doctor's bag on wheels with medical equipment, tests and medications. My cat was acting weird and the Kwikvet team was very patient and thorough in putting her at ease and examining her from nose to tail.

They also took the time to tell me her condition and gave me the peace of mind of spending almost 45 minutes uniquely focused on my pet. I don't recall ever receiving such attention in the clinic I used to take Mike to.

Man, and all this for a $75 flat fee! The tests (included blood tests) and medicines are extra, but from I could see, they are priced very, very reasonably and nothing extra was charged in my case.

What I was also amazed at was that the KwikVet app didn't stop caring for my cat when they left. They followed up through a chat feature and I was able to report on Mike's evolution. They even prescribed through the app medicated food that was delivered with free shipping by KwikVet's pharmacy.

I don't think I'll be setting foot on a veterinary clinic again. My neighbor called to have her dog checked, and she was amazed too. 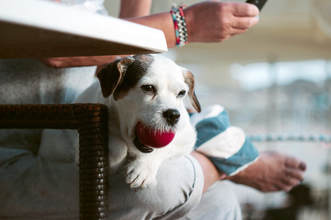 Alex_Newell posted this deal. Say thanks!
Add Comment
Reply
Created 04-18-2019 at 11:19 AM by Alex_Newell
in Pets (2)
If you purchase something through a post on our site, Slickdeals may get a small share of the sale.
Deal
Score -1
2,027 Views
$75.00
See Deal
Want more deals like this? Create a deal alert for Pets.
Add Deal Alert for Pets

04-18-2019 at 12:04 PM #8
In my case it was only $75. I don't know about you, but when I go to the veterinary clinic I always get these newly minted interns that I really don't trust and everybody is so rushed. Nobody spends any quality time examining Mike. These guys at KwikVet did and I really liked Dr. Poulter. She was super good.
Reply Helpful Comment? 0 0

This comment has been rated as unhelpful by Slickdeals users
Joined Aug 2007
L7: Teacher
2,384 Posts
738 Reputation
04-18-2019 at 12:26 PM #9
Sounds like you need a new vet clinic. The one I use is staffed by a team of solid, knowledgeable vets (not interns) who always pay careful attention to my cats/dog. Some of the docs are better than others, but I trust them all. I took my dog there this morning, and chose the same doctor who removed a growth from his ear several months ago. She clearly remembered him & his history. Generally speaking, I'd prefer to take my dog to the same vet repeatedly than chance a KwikVet doc who's never interacted with him before.

I can see the value of KwikVet (or similar services) for someone who doesn't have a trusted go-to vet. Or for animals that are difficult to get into the car, or maybe for euthanasia. But otherwise kinda pointless for anyone who already has a vet they're comfortable with.

Reply Helpful Comment? 0 0
This comment has been rated as unhelpful by Slickdeals users
Joined Nov 2011
L3: Novice
206 Posts
04-18-2019 at 12:41 PM #10
Another option to look into is vippetcare.com. They have reserved times @ local petstores and can be convenient as well.

Not sure about their coverage- pls check your zip

The Last Pair of Men's Burberry Lace Shorts Will Only Cost You $1,100

How to Get the Best Anytime Fitness Membership Deals
Copy Code & Open Site More Deals from
Did this coupon
work for you?
Copy
Link Copied to Clipboard