Note, availability for in-store pickup may vary depending o location. 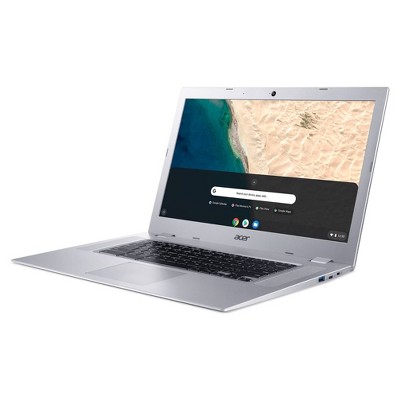 sing4141 posted this deal. Say thanks!

Great as an all-day productivity device w/ up to 10 hours of battery life (watching videos, light gaming, edit videos & more). Target REDcard members may save an additional 5% off w/ this purchase - Discombobulated

Add Comment
Reply
in Laptops (3) Get Target Coupons
If you purchase something through a post on our site, Slickdeals may get a small share of the sale.

Octane is basically the go to benchmark for things you can actually do on Chromebooks, here are scores for some of the most popular chips in budget Chromebooks:

https://zipso.net/chromebook-spec...son-table/
26 Helpful?
YOU don't want a chromebook... cool. but in many cases they are a huge SAVINGS of money. My 2nd grader does all web based activities in chrome and their school uses google docs- literally EVERYTHING they do is in chrome. So why does my seven year old need a windows machine?
9 Helpful?
Very good processor for a Chromebook. Despite what Windows Fanboys say, an Octane score of 14,000 will fly in a Chromer but be a dead stick in the mess called Windows. Never a good idea to listen to Chromebook hater pests in these threads. They're kinda like bedbugs and roaches, hard to get rid of.

Our community has rated this post as helpful. If you agree, why not thank ?
11-25-2019 at 08:27 PM #7
Octane is basically the go to benchmark for things you can actually do on Chromebooks, here are scores for some of the most popular chips in budget Chromebooks:

maybe defective or something to do with slow ram or storage, but my a4 lenovo i returned was scoring as low as <9000 in octane. nothing near 14000. i think i hit >10k a couple runs.

also i think the benchmark sucks because for example my sd835 tab s4 scores 10,000 octane, but is like 5 times as fast as my old toshiba's chromebook that scores 8-9k. if you believed the benchmark they would be almost the same speed but in reality it's not close...

this does have a touchscreen and ips display though, which is nice. just wouldn't trust the power.