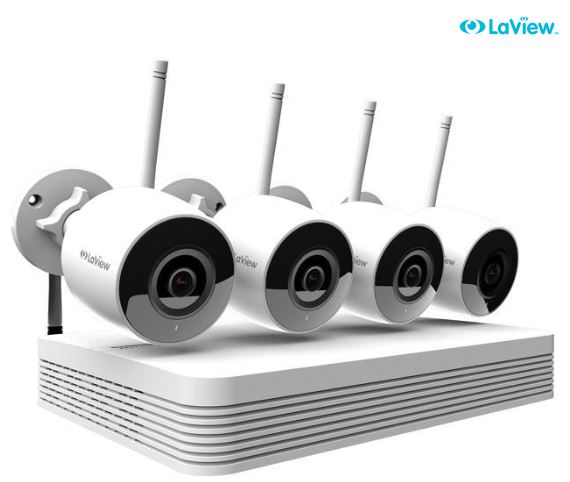 DJ3xclusive posted this deal. Say thanks!
Add Comment
Reply
in Security Cameras (8) Get Newegg Coupons
If you purchase something through a post on our site, Slickdeals may get a small share of the sale.

I wanted to note a few counter points:
1) At least 5MP camera or preferably 4K if you can:
Counter point - the size of the pixel matters, especially in low light conditions where a 2MP or some of the newer 4MP cameras can out perform 5MP, 6MP and 8MP cameras. So resolution is only part of the equation.

2) Camera with Audio recording
3rd party wiretap / audio recording may not be legal in your state .. check the laws on this. Yes - I know audio is nice.. but this wiretapping law stuff can get messy...

3) Recording FPS should be atleast 20 fps
For most professional security camera installations they have traditionally used less fps ( even 7 fps ) to save disk space. In general 15 fps seems to work well enough for most setups - and there are many current 8MP camera models in the kits we have been looking at that spec out as 15 fps. ( example the new 8MP bullet cameras from Lorex / Montavue spec as 15 fps + AI calculations.. vs the non-AI versions which can do 30 fps )

4) Watch out for the camera view. It should be at least close to 90-100 degree horizontal and not any less.
FOV, effective resolution and ID distance are all related. Wider FOV = shorter ID distance. Too wide FOV = distortion on the edges of the image. Pick the cameras that give you the coverage you need. ( see the ID distance list .. ). Personally I prefer a longer ID distance and a narrower FOV and more cameras vs a short ID distance. Only wide FOV camera I like is the ones by the doors at face level.

5) Night vision of at least 100 ft with 15+ IR leds
Do not trust the vendor specs. If the ID distance is 20 feet - does it really matter if you can see the IR led light from 100 feet away?? Also with regards to the 15+ IR leds - some models have larger more powerful single, double, or triple IR leds. Also there are now some camera models coming without IR leds as they are designed to be in color mode all the time.

Definitely plan to spend more than you initially expected for a decent security camera setup. In general avoid the cheapest stuff you see...
Reply Helpful Comment? 9 0
This comment has been rated as unhelpful by Slickdeals users
Joined Feb 2016
...confuzed
2,226 Posts
440 Reputation
12-02-2019 at 10:10 PM #9
Great points by you and bulldog... reps for that.

I've had been running cameras, and Zoneminder for several years and you guys have some great points.
Reply Helpful Comment? 0 0

I have mostly a Dahua OEM international set... much of which I picked up from Andy at ipcamtalk

So cameras still need to be wired to power.

Here's How to Stream Studio Ghibli Movies on Netflix in the United States
Copy Code & Open Site More Deals from
Did this coupon
work for you?
Copy
Link Copied to Clipboard