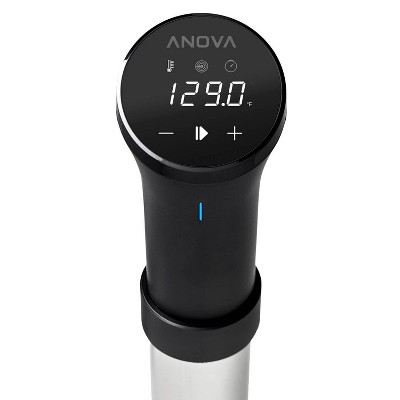 ChrisB2533 posted this deal. Say thanks!
Add Comment
Reply
in Small Appliances (5) Get Target Coupons
If you purchase something through a post on our site, Slickdeals may get a small share of the sale.
Deal
Score +8
3,369 Views
$112.50
See Deal

This comment has been rated as unhelpful by Slickdeals users
Joined Jul 2016
New User
1,270 Posts
449 Reputation
12-15-2019 at 01:51 AM #2
I used to work in restaurants and got into Sous vide cooking much earlier than the units were selling for home use. Then I was excited because I thought it would go super mainstream in homes. I even put together a cooking class covering basic use. I own 3 circulators and a commercial chamber vacuum sealer that I paid $700 for. Then right around when it should have been blowing up for mass home use by people who weren't chefs or foodies, it wasn't. I couldn't figure out why. What I didn't count on was the instant pot. I ignored it for a while but recently bought one and realized it essentially makes a circulator obsolete. And it's much easier to use since you don't have to deal with a container of water, bagging the food, and fighting with floaters. I feel like the small differences like a circulator being able to keep a steak at a perfect medium temp aren't worth it overall when using an instant pot is so much easier and does 90% of the same stuff.

Also if you you are going to buy one, spend the extra and get the joule. It's much better, though can only be controlled via the app.

12-15-2019 at 02:11 AM #3
I heard the IP Sous vide temperature isnt very accurate. I have the older version of this and i like the manual controls so that other people can use it and not have to worry about apps.
Reply Helpful Comment? 0 0
This comment has been rated as unhelpful by Slickdeals users
Joined Jul 2016
New User
1,270 Posts
449 Reputation
12-15-2019 at 03:19 AM #4
Actually I wasn't even referring to the sous vide function on the instant pot. Just the normal pressure cooking on it. I don't imagine it would hold a precise enough temperature.
Reply Helpful Comment? 0 0
Last edited by HermanMunchther December 15, 2019 at 05:05 AM.
This comment has been rated as unhelpful by Slickdeals users
Joined Nov 2004
L7: Teacher
2,939 Posts
379 Reputation
12-15-2019 at 03:23 AM #5
While I do enjoy the information and your background experience, this does seem like a good price for this product for those that are interested.

I think the Instant pot took off because people understand crock pot cooking and the IP is a faster version of that as well as a better version of the pressure cooker that older cooks knew of. You are never going to get the precision of a sous vide steak in an IP. I have both and they serve different functions, plus the Anova is much easier to store.
Reply Helpful Comment? 1 0
This comment has been rated as unhelpful by Slickdeals users
Joined Dec 2012
L2: Beginner
75 Posts
162 Reputation
12-15-2019 at 03:13 PM #11
Anova is great for the average home cook, which 80% of SDers are.

The Most Anticipated Black Friday Home and Appliance Deals for 2019
Copy Code & Open Site More Deals from
Did this coupon
work for you?
Copy
Link Copied to Clipboard