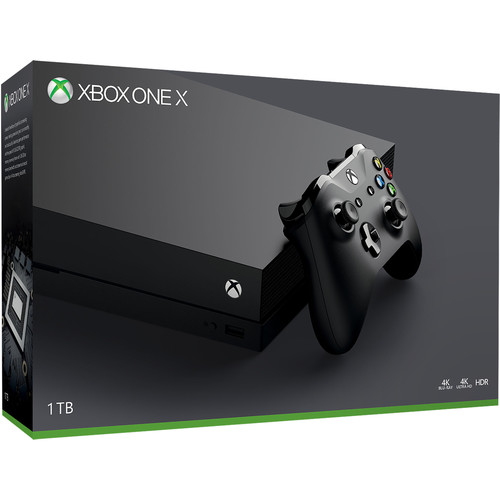 See Deal
Good deal?
You gave thanks to iconian for this post.
Thank you!

Add Comment
Reply
in Video Games (7) Get B&H Photo Video Coupons
If you purchase something through a post on our site, Slickdeals may get a small share of the sale.

For instance, other versions of the Xbox might be Xbox "Series C" or "Series D" for their cloud or digital versions. The update to the Series X could then be "Series 2X", "Series 3X", etc. The digital version could be "Series D", "Series 2D", "Series 3D", etc. The elite controlIer series will now be "Series 2", "Series 3", etc. I think in the long run, the new naming convention will FINALLY create some stability in the Xbox brand naming convention.
10 Helpful?
Yeah, at this point I'm going to just rock out the XB1S and wait for the Series X, as stupid as the name is.
7 Helpful?
Building a PC on par with XBSeX/PS5 would cost a lot more than $500. And the ability to upgrade is cool and all but the two big upgrades, GPU and CPU, each easily cost more than a console.
5 Helpful?

I love my X but with will probably get the PS5 after a price drop and skip the next xbox as the x will still run the games pretty well and the PS5 will have their exclusives
Reply Helpful Comment? 4 6
This comment has been rated as unhelpful by Slickdeals users
Joined Dec 2015
L9: Master
4,619 Posts
479 Reputation
Pro