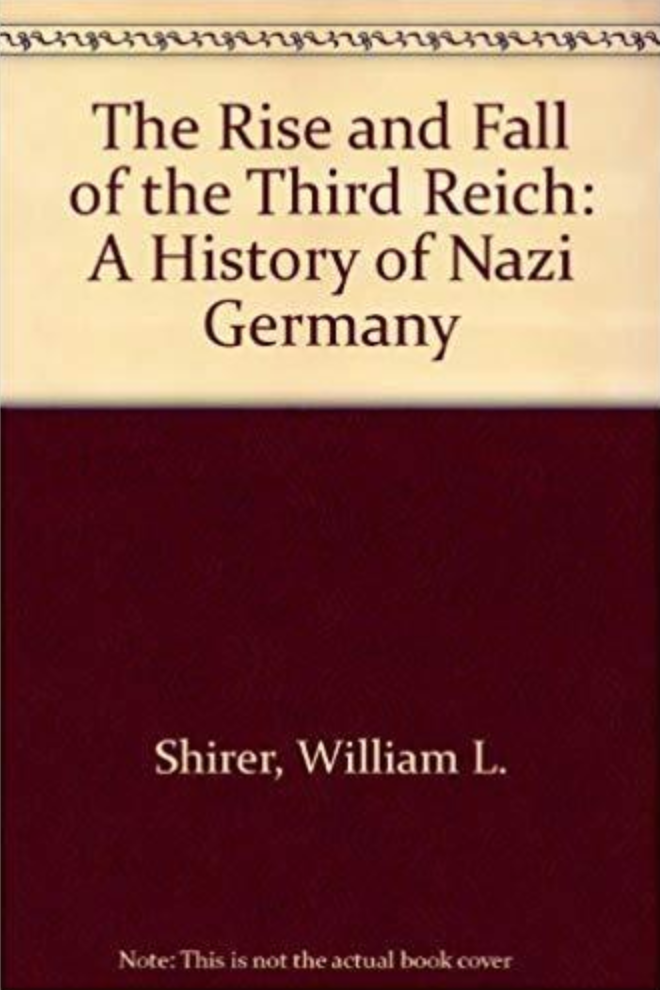 cregavitch posted this deal. Say thanks!

Amazon has The Rise and Fall of the Third Reich (Kindle eBook) by William L. Shirer on sale for $0.79

National Book Award Winner: The definitive account of Nazi Germany and "one of the most important works of history of our time" (The New York Times).

When the Third Reich fell, it fell swiftly. The Nazis had little time to destroy their memos, their letters, or their diaries. William L. Shirer's sweeping account of the Third Reich uses these unique sources, combined with his experience living in Germany as an international correspondent throughout the war.

The Rise and Fall of the Third Reich earned Shirer a National Book Award and continues to be recognized as one of the most important and authoritative books about the Third Reich and Nazi Germany ever written. The diaries of propaganda minister Joseph Goebbels, as well as evidence and other testimony gained at the Nuremberg Trials, could not have found more artful hands.

Shirer gives a clear, detailed, and well-documented account of how it was that Adolf Hitler almost succeeded in conquering the world. With millions of copies in print, The Rise and Fall of the Third Reich is a chilling and illuminating portrait of mankind's darkest hours.

Add Comment
Reply
in eBooks (5) Get Amazon Coupons
If you purchase something through a post on our site, Slickdeals may get a small share of the sale.

Sadly, those who fought the Nazis are now almost all gone and would probably tear up at the rise of white nationalism today in the US and Europe.

Tackle Big Savings with These Super Bowl 2020 Deals and Discounts

The New United Business Card Sweetens Its Offer With a 100,000-Point Bonus and $100 Statement Credit
Copy Code & Open Site More Deals from
Did this coupon
work for you?
Copy
Link Copied to Clipboard