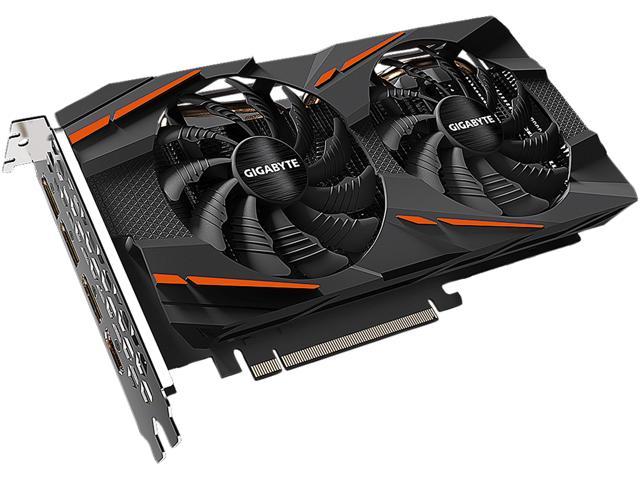 DJ3xclusive posted this deal. Say thanks!
Add Comment
Reply
in Computers (9) Get Newegg Coupons
If you purchase something through a post on our site, Slickdeals may get a small share of the sale.

what sucks is that no one in their right mind would buy a new iphone 8, or a galaxy S8, or a ryzen 1 processor (except renewed ryzen 5 1600) close to their release day MSRP today, so why people keep buying 3 years old graphic card close to their release day MSRP (and the fact that manufacture still making 3 years old card). if consumer keep buying them, then we will never have new gpu performance in this price range.

No. If AMD were stupid enough never to put anything better around that price eventually Nvidia and even Intel would offer better products in that range
Reply Helpful Comment? 0 0
This comment has been rated as unhelpful by Slickdeals users
Joined Jul 2014
L7: Teacher
2,171 Posts
568 Reputation
01-21-2020 at 04:18 AM #14
Comparing GPU generations would also need performance increase comparisons to new cards that took their original price point. The RX 570 (essentially a re-released 470) is still a highly recommended and usable card, despite it's age. This says more about the low-end ($100 - $200) not giving enough of a performance increase for a similar price that knocks it out of relevancy altogether.

Many factors have stagnated everything except the very high-end when it come to GPU price/performance, and that very high-end is just more expensive than it used to be. At most, every price tier ever since the launch of RX 400/500 series and the GTX 1000 has seen about a 10 to 20% improvement. That's a long time with marginal gains.

Blame Crypto-miners, blame greedy Nvidia execs and AMD execs that go along with it, Blame DRAM manufacturers for jacking up pricing during the drought ... blame whoever seems likely to have chipped into the long stagnation of price and performance.

HDDs, RAM, Displays, etc... there are periods where all components go through price/performance stagnation, (or in the case of RAM, often regression) ... We are in that period for GPUs...