$4.99
+6 Deal Score
1,793 Views
Titanfall 2, released in 2016 was praised by fans and critics alike due to its great campaign and solid multiplayer modes, which takes from the original game and improve it in every way. If you're only looking for the campaign mode, or at least will give it priority, don't worry about playing the first game, as Titanfall had a much lesser focus on its campaign.

Titanfall 2 tells the story of Jack Cooper and BT-7274 as both found themselves stranded in an unknown planet after being ambushed in space. The duo's personality differs a lot, creating a dynamic and interesting relationship between the titan AI and Jack, who barely knows how to pilot him initially. Although their development is remarkably good to follow, Titanfall 2 really shines when it comes to its levels. Not only they're breathtaking, Respawn also shows their mastery as playing, running, shooting, dashing and jumping on those levels is nothing less than excellent.

Titanfall 2 also managed to keep the player engaged by knowing when to introduce new mechanics and enemies, as well as having really satisfying gunplay, which helps making battles interesting as possible in late-game.

All these elements are brought to multiplayer too, and while the player base on PC isn't as big nowadays, it's still possible to find a match and spend some time enjoying the Ultimate Edition perks, who are mostly cosmetic, but are cool nonetheless.

If the multiplayer perks don't interest you, then the basic edition is available on both Amazon [amazon.com]and Origin for $4.99. 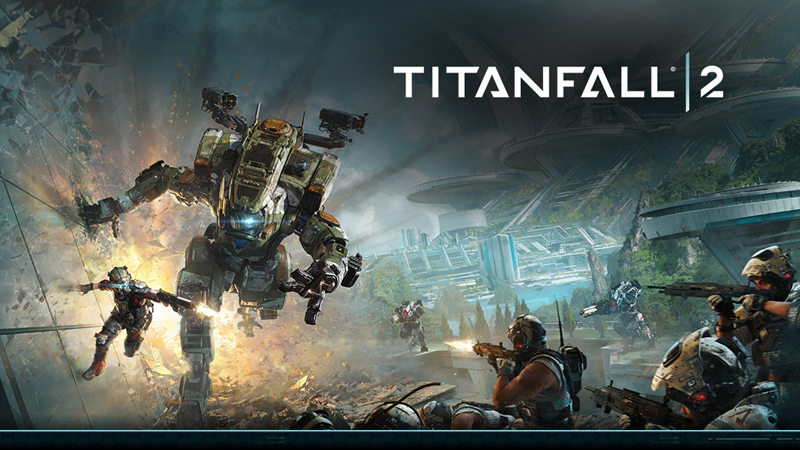 MJunior posted this deal. Say thanks!
Add Comment
Reply
Created 02-20-2020 at 10:55 AM by MJunior
in Video Games (4) Get Amazon Coupons
If you purchase something through a post on our site, Slickdeals may get a small share of the sale.
Deal
Score +6
1,793 Views
$4.99
See Deal
Don't have Amazon Prime? Students can get a free 6-Month Amazon Prime trial with free 2-day shipping, unlimited video streaming & more. If you're not a student, there's also a free 1-Month Amazon Prime trial available.
Want more deals like this? Create a deal alert for Video Games.
Add Deal Alert for Video Games

Nintendo Switch - Aladdin and the Lion King Combo $19.99 on Amazon. Free shipping with Prime or $25 minimum.