"Must purchase 3 or more eligible accessories in a single transaction on vzw.com to qualify for 30% off savings. Apple AirPods (1st & 2nd Gen), Apple AirPods Pro, Verizon gift cards, cellular-enabled watches/devices, and network extender purchases are excluded. Items with a retail price ending in $0.97 are not eligible. Cannot be combined with other offers or discounts." 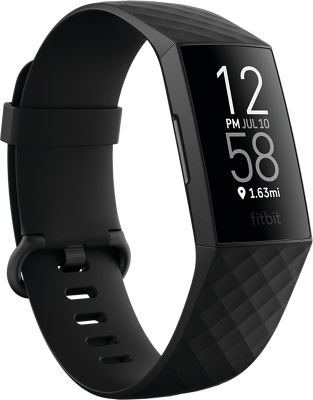 TedR6180 posted this deal. Say thanks!
Add Comment
Reply
Created 04-05-2020 at 11:56 AM by TedR6180
in Smart Watches & Wearables (7)
If you purchase something through a post on our site, Slickdeals may get a small share of the sale.
Deal
Score +56
37,472 Views
$118.97
See Deal
About the OP
Send Message
Joined Aug 2014 L1: Learner
35 Reputation Points
1 Deals Posted
1 Votes Submitted
1 Comments Posted
Want more deals like this? Create a deal alert for Smart Watches & Wearables.
Add Deal Alert

Edit: Ah, I did not notice the on-board GPS. But as the previous poster said, most people are going to have their phone with them anyway, which makes it kind of redundant.

***Also, I have had ZERO issues with my Fitibit and have owned it for 12+ months.
0
0
0
2
Reply
This comment has been rated as unhelpful by Slickdeals users
Joined Mar 2009
L4: Apprentice
491 Posts
280 Reputation
Pro

04-05-2020 at 06:37 PM #8
They have a 1 year warranty. I went through 3 of them before the 1 year warranty was up. You could just get the Charge 3 pebble on eBay, at one point they were in the $40-$60 range but now more in the $60 range. The charge 2 was actually good, never broke. First Charge 3 just bricked itself, 2nd one died after I had dropped it. Third one had the screen go bad. On my 4th one now and a line on the screen went again but it's out of warranty now and it's not as bad as the previous one where several lines went out so it made it hard to read.

At least the warranty is easy. You just call them and they send you a new one and you get it in about a week, no need to send the old one back. I figure if this one dies, I could go back to the old one where there's a few dead lines. I might wait a few months for them to iron out any early production problems.

I wish the Apple watch supported Android or that there was as good an Android watch as the Apple one. Maybe once the purchase by Google goes through, they'll come up with one to take on Apple.
0
0
0
0
Reply

04-05-2020 at 06:45 PM #9
You should go through the reset procedure. It does flake out once in a while for me too. Have to put it on the charger and then hold down the button for a while for it to reset itself.

Unless it's TP or sanitizer, I think sales are down and this is a pretty decent initial discount. I think more will come. I used to get them as soon as they came out as most of the time the best discount prior to release was typically just $30. Plus if you order now and you get an invoice, that could trigger the warranty start date and not the actual date that you receive it. Fitbit has good customer service though, I still managed to get a replacement band even though I was a few weeks or almost a month out of the initial warranty, they knew the bands breaking were always a problem.
0
0
0
0
Reply
This comment has been rated as unhelpful by Slickdeals users
Joined Dec 2014
L3: Novice
280 Posts
38 Reputation
04-05-2020 at 07:00 PM #10
I read an article that said when the GPS mode is turned on the battery life is only 7 hours. That's right. Seven hours.