OptimusPrimeAutobot
+280 Deal Score
385,056 Views
Many retailers have Face Masks available for sale. Please refer to the forum thread for more options from other retailers as well as additional details & discussion. Thanks OptimusPrimeAutobot, scurrywrx & CheshireChittyChat

Note: Non-medical, reusable masks made according to the specs of LAProtects.org. Wash before first use and routinely thereafter.

Written by
Please refer to the forum thread for many more deal ideas & discussion. -StrawMan86 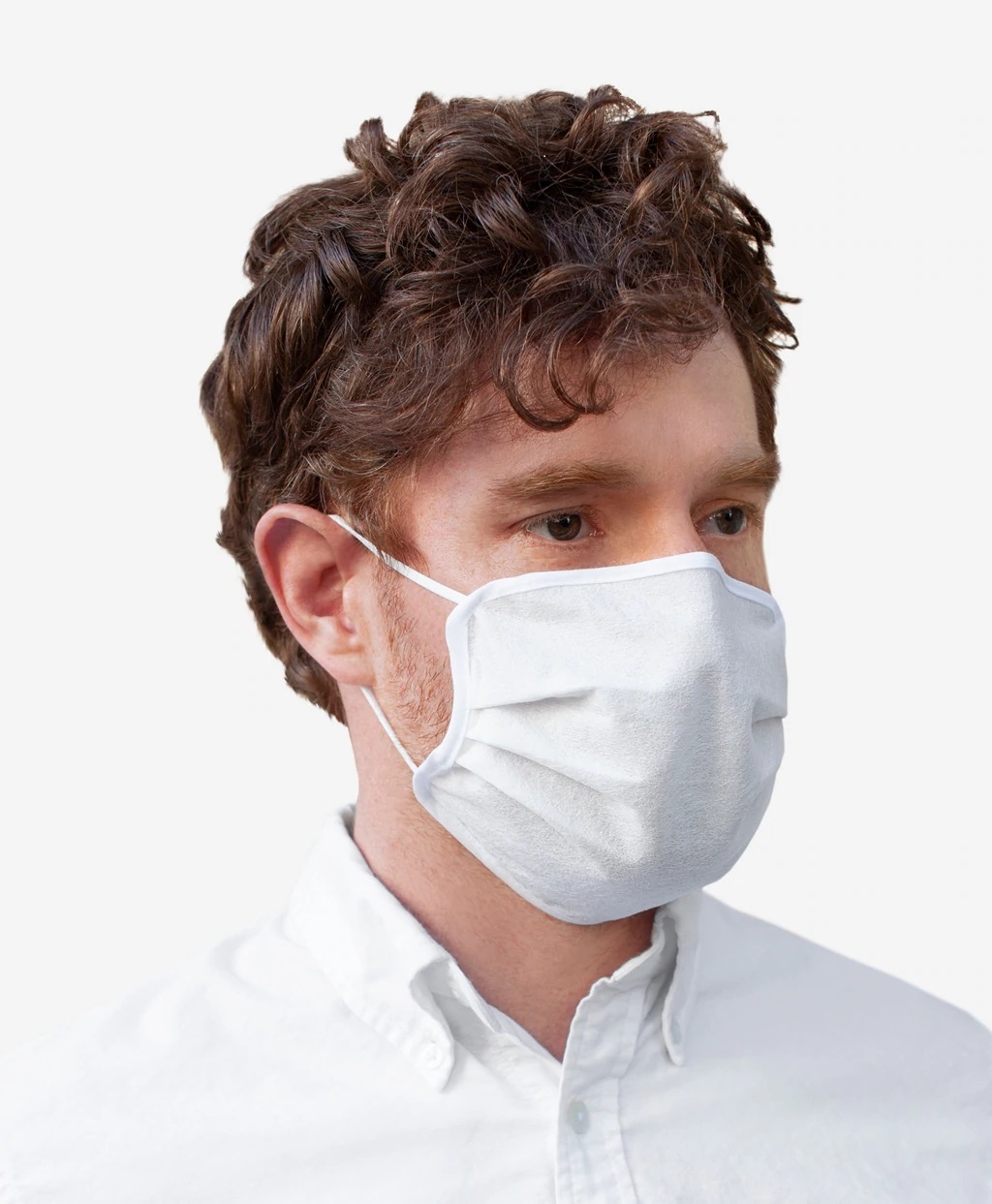 See Deal
Good deal?
You gave thanks to OptimusPrimeAutobot for this post.
Thank you!

OptimusPrimeAutobot posted this deal. Say thanks!

Written by Edited May 27, 2020 at 11:44 AM by
Here are the major retailers currently selling reusable face masks for COVID-19.

Use of Cloth Face Coverings to Help Slow the Spread of COVID-19​ [cdc.gov]

CDC recommends wearing cloth face coverings in public settings where other social distancing measures are difficult to maintain (e.g., grocery stores and pharmacies), especially in areas of significant community-based transmission.
CDC also advises the use of simple cloth face coverings to slow the spread of the virus and help people who may have the virus and do not know it from transmitting it to others. Cloth face coverings fashioned from household items or made at home from common materials at low cost can be used as an additional, voluntary public health measure.
Cloth face coverings should not be placed on young children under age 2, anyone who has trouble breathing, or is unconscious, incapacitated or otherwise unable to remove the mask without assistance.
The cloth face coverings recommended are not surgical masks or N-95 respirators. Those are critical supplies that must continue to be reserved for healthcare workers and other medical first responders, as recommended by current CDC guidance.​


Note: Some of the masks below are on back order. You may order them now, but they will not ship until ready.

Fashion Nova [fashionnova.com]: cloth face masks for as low as $4.99

Five Below [fivebelow.com]: Fashion face masks for only $3.00 NLA


Gap Factory​ [gapfactory.com]: 3-Pack Face Masks (Mult. Colors) for adults and kids for only $15.00 with free shipping when you use code SHIPPED at checkout

J.Crew [jcrew.com]: Non-medical cotton masks are double-layered, have elastic ear loops, and an opening for a removable filter that's not included in the three-pack for only $18 NLA

Kenneth Cole [kennethcole.com]: get the 'Wear in this Together' cotton face masks for $15 (pre-order)

Last Edited by mat2000 May 30, 2020 at 04:49 PM
These masks are to keep YOU from infecting others. When you breath, cough, and or sneeze, you could be spreading the virus. Its just to prevent YOU from propelling the virus to others around you.

You have to put a roll of tissue paper along the top inside border of your masks to prevent to moisture from your breathing to penetrate toward your glasses.
I wear will also wear a N95... If I'm in the ER admitting a patient or when I'm seeing my respiratory patients. Simple surgeons mask for the rest of the hospital, and I wear a cloth mask in public. Cloth mask aren't a joke. They reduce the spread of disease, and it is the one way everyone does there part to fight the virus.
There is a lot of misunderstanding and misinformation regarding masks and COVID.

-Masks work and should be our main weapon against the virus. The example I give is driving down a highway in LA during rush hour with your windows down-- you get exposed to a lot of car pollution. You can try to reduce pollution by making cars be 6 ft apart (social distancing), but that only works a bit, and it makes traffic worse. You can tell people to stay home and not drive, which helps pollution, but then the economy suffers since people aren't working. So what do you do? You have people close their windows and drive with AC/filtration of input (mask while inhaling), and you make sure the cars have catalytic converters (mask while exhaling). Then people can be protected, without letting the economy take a nosedive.

-If you wait for data/results of studies, then you have missed the boat. The absence of evidence is not evidence of absence. We have to make decisions based on logic and our understanding of similar pathogens.

-The infection is predominantly spread through droplet transmission. Droplet is different from airborne-- the latter means much smaller particles. Examples of airborne spread includes: VZV (chickenpox), smallpox, rubeola, TB (TB is not a virus). Droplet spread are most other respiratory viruses, including influenza and coronaviruses.

-In the hospital setting, patients with droplet infections get "droplet precautions" -- ie, everyone must wear a surgical mask while entering the room. Those on airborne precautions are typically in negative pressure rooms and require use of an N95 on entry. When patients on airborne precautions (eg TB) are transported around the hospital, the patient wears a surgical mask (not N95) to help prevent the spread to others.

-N95 and surgical masks likely afford similar levels of protection in preventing the wearer from getting droplet-borne viruses. Source: https://jamanetwork.com/journals/...le/2749214

-Droplets are not only spread through coughing/sneezing, but are also spread by talking ("say it, don't spray it") and likely to a lesser extent by breathing

-The major reason that everyone should wear masks in public is because they help prevent an infected person from spreading it.

-This paper https://www.ncbi.nlm.nih.gov/pubmed/25903751
shows that cloth masks are inferior to surgical for protecting the WEARER from another droplet born virus (influenza). Note that the control group wasn't mask-less in the study, they did standard care (ie, masking for pts on droplet precautions).

-Despite that, cloth masks likely help prevent spread from infected patients. Even though the weave may not be tight enough to prevent tiny droplets or aersolized particles from coming out, those are also much less infective (lower viral load) than big droplets. Recalling that droplets from speech and saliva are likely a large part of the spread, you can imagine that even without the tightest weave that your ability to expel big globs of saliva are much lower when wearing a cloth mask, esp if it has multiple layers.

-There is likely a substantial number of people who have been infected with minimal or no symptoms. There are multiple lines of evidence supporting this. Here is what I consider to be a landmark paper: https://www.ncbi.nlm.nih.gov/pubmed/32240128. Basically when they tested everyone in a nursing home, about 50% of those with the virus had no symptoms, but still had viral titers (ie, were very infectious to others). When they checked on them a week later, about 75% of them had developed symptoms, while 25% remained asymptomatic. The takeaways are that in this population about 1/8 of people were infected but had no symptoms (yet still were highly contagious), and that it is common for people to be contagious before they have symptoms. The end result is that we must assume that everyone we encounter could have the virus (and that we could have it as well), and so everyone should wear masks.

-Serology data has also shown the number infected is much higher than what we thought, but still relatively low (a few % in PNW).

-I suspect herd immunity is not possible in this virus, due to its very high infectivity rate. This is why much like smallpox and polio, there needs to be universal mandated vaccinations.

-The young/healthy are likely large vectors of infection. Just because you have a low mortality rate, doesn't mean you can enjoy yourself without precautions, as your grandmother likely has a much higher mortality rate.

-The magic number of "two weeks" for quarantine is not based on how long you are infected; in fact viral carriage (esp through GI shedding) is much longer than 2 weeks. Instead, the two weeks refers to the max length of time between exposure and development of symptoms (usual is 3-5 days). But again, if 1/8 of people never manifest symptoms (and maybe much more than that when you consider serology data and younger populations), to me this 2 week rule doesn't make a lot of sense.

-You can see pictures of Shanghai disney, schools that re-opened in China, etc. Everyone is wearing masks. It's not due to culture. Masks work and this shouldn't be a debate.

-This virus and the news media coverage of it has created too much polarity. Masking is not a political issue. It is a cultural issue. Americans need to accept that wearing a mask is a sign of respect for those around you, much like covering your mouth when you sneeze/cough. And when you approach others without a mask on, you are putting them at risk.

-My vision for the next few months: country rolls out mandatory mask law while in public, with fines for those who don't comply (or worse, send them to jail where they will 100% get COVID). This can allow people to return to work and school. The six foot social distancing rule (which I think is total BS btw) will get relaxed to 3 feet, as long as everyone is masked. Work places will be required to have better ventilation/air exchange with outside. Restaurants will stay closed, except ones that have open air seating, and even then there will be limitations on number of patrons.

-As posted earlier, this graph nicely shows the rates of new infection in countries without mask laws vs those with mask laws (or populations that voluntarily mask):

TL;DR: Please wear a facial covering (cloth mask, surgical mask, scarf, whatever) while in public to diminish the spread. It is your civic duty.

This comment has been rated as unhelpful by Slickdeals users
Joined Nov 2014
L3: Novice
144 Posts
42 Reputation
05-14-2020 at 06:30 PM #4
Any face masks that aren't behind the ear style? Like ones that go around the head/neck? The ear ones tend to hurt me after only a few minutes.

1
Reply
This comment has been rated as unhelpful by Slickdeals users
Joined Nov 2009
L99: Zen Master
1,599 Posts
335 Reputation
Our community has rated this post as helpful. If you agree, why not thank ?
05-14-2020 at 06:37 PM #6
Thorlo, the premium sock maker, is making a "high end" reusable. They call it Face Tek, it's got some marketing jargon and questionable features- but they make solid products and stand behind them. Mine arrive Monday, I'll update if I can remember.

Face tek goes under the ears and behind the neck.

Need some for my parents. Thanks

5
Reply
This comment has been rated as unhelpful by Slickdeals users
Joined Dec 2008
still flying
2,866 Posts
2,830 Reputation
05-14-2020 at 06:44 PM #14
Thanks for creating this thread. Ordered these around a month ago for future shipping. At that time there were few options and these seemed to be sturdy. Hopefully they will arrive in the next few weeks so I can evaluate them. I figured they could be good covers for n95s too.... I see a lot of people wearing masks with the valves, dangerous to others if they are asymptomatically spreading... and against my county's health orders.
https://www.jaanuu.com/face-masks...size=adult
$25 for 5 masks.

Amazon Deal: $5 for a Box of 50 Top-Rated Disposable Masks

Need a Face Mask? We Tested Out 8 Popular Ones

15 Under $15 Beauty Products to Keep Your Skin Under Control
Copy Code & Open Site More Deals from
Did this coupon
work for you?
Copy
Link Copied to Clipboard