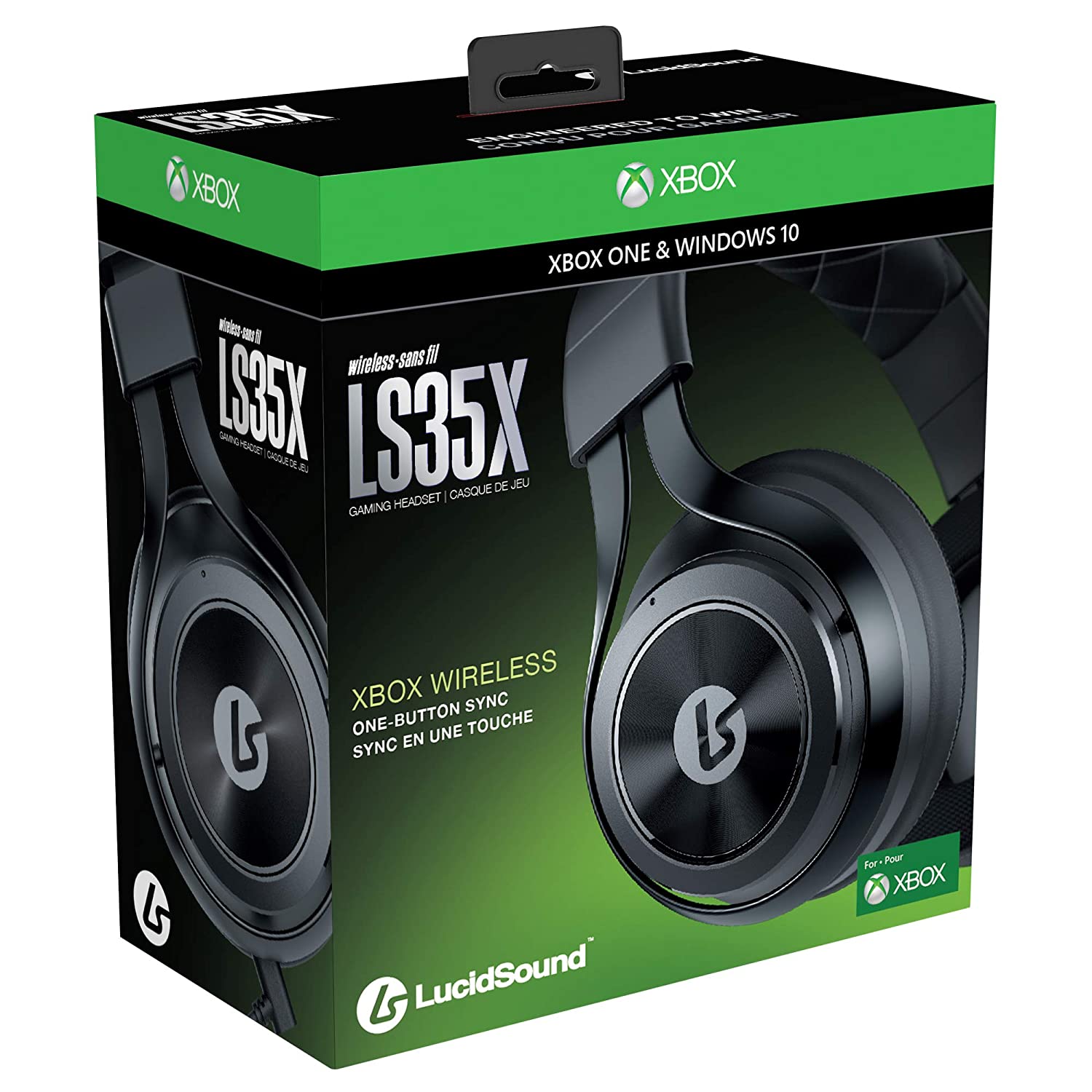 Dealkats posted this deal. Say thanks!
Add Comment
Reply
in Headphones (5)
If you purchase something through a post on our site, Slickdeals may get a small share of the sale.

I was shopping around for a headset that I could use for all my gaming systems (PS4, XB1, PC, Switch) with as little fuss as possible as well as take with me for traveling and I tried several different ones.

It ended up coming down to Lucidsound vs. the Arctis 1 wireless

I really liked the Arctis' usability and they were extremely comfortable on the head but their ear cups were a little shallow so my ear's rubbed on them a bit.

But the biggest complaint I had was that even at max volume the headset was just too quiet.
I tried two different sets thinking maybe I got a bad one at first but that's just how they are designed.
Many other folks have similar complaints from what I found....so it's not my hearing


I like a little boom so I looked for something that could deliver a punch.

The LS31s get PLENTY LOUD and still sound great.

The only issue I had with my Lucidsound was that the ear cups would make my ears hot after a bit. I ended up buying the cooling gel pads from their site and they made a HUGE difference. I can wear them for hours and hours now. This LS35x model comes with the cooling pads out of the box.

They are a tad less comfortable overall than the Arctis but they are still far better than most other headsets I've tried. HyperX was another very comfortable model I tried but they didn't sound nearly as good.


You just need to pay attention to which model you are buying and how it works with other consoles if you plan to use more than one. The LS35x will pair natively with the xbox and allow you to hear game and chat audio totally wirelessly. With any other console it requires the cable plugged into the controller and limits sound quality.

The LS31 model that I have is actually a little more versatile but would require the chat cable to be plugged in to hear voice chat while connected to Xbox. If you just want game audio, it works great wirelessly with the dongle


There was also an issue with the plastic on the hinges above the ear cups beginning to wear and crack which some other folks had as well. I contacted Lucidsound and they sent me another brand new set with no issues....so bonus points for great customer service.

I've had the LS20, 30 and now the 41. My 20 is still going with no issues (3 years now) but the plastic on the 30 began to crack after about a year of HEAVY use. I'm talking 8+ hours pretty much every single day of the year and constant switching from PS4 to PC for gaming/work.

When the 30 started to fall apart, I contacted support, sent pics of the cracking plastic, and Micah (the support GOD) sent me a brand new LS41 with no questions asked. Because of this f***ing unbelievable customer support, I'm pretty much a lifelong customer. Micah even stated that the LS30 had widespread durability issues for people with wide heads like I have (both the headband and ear-cup hinge clamps cracked. I guess fat heads just stress the plastic too much, but so far the LS41 is almost a year old and I've had zero issues.

The only other wireless "gaming" brand I'd consider is SteelSeries, but I've seen so many horror stories regarding broken plastic and horrendous customer support that I'm not willing to give them a shot. There's absolutely no way in hell they'd ever send you a new headset with no questions asked, and if they did, they'd require you to return the old one and go through the whole RMA process.

I've messed with Corsair headsets too, recently. Both went straight back to Best Buy because I wasn't happy.

LucidSound is a newer company, but they really do have some great products. Most underrated audio brand in gaming, no doubt.

Costco also sells them from time to time, so that's another huge plus, as you can always return them if you're unhappy or something breaks outside of the manufacturer warranty.
1
0
0
0
Reply

05-17-2020 at 11:44 AM #10
My kid was looking at some turtle beach for Xbox one that were sold out everywhere (even refurbs) and just saw these at game stop and had me them, said they were well reviewed and $130 is a solid price. He wanted wireless without needing dongle or anything and these are supposed to get it done. He works and has his own money so he has learned to research. I look forward to his review.
0
0
0
0
Reply
This comment has been rated as unhelpful by Slickdeals users
Joined Feb 2010
Spontaneous Shopper
2,508 Posts
873 Reputation
Pro

Alienware's 7.1 Gaming Headset Brings All the Pros of Its Predecessor at Half the Price
Copy Code & Open Site More Deals from
Did this coupon
work for you?
Copy
Link Copied to Clipboard