Also, Amazon, Google Play, B&N Nook, Apple Books and Kobo still have the eBook edition of Stranger in a Strange Land by Robert Heinlein for $2.99


"One of Heinlein's best, which is to say one of the best in all of Science Fiction—terrific story with a superbly realized heroine and world."—Poul Anderson

Friday is a secret courier and ardent lover. Employed by a man she only knows of as "Boss", she is given the most awkward and dangerous cases, which take her from New Zealand to Canada, and through the new States of America's disunion, all the way out into the stars and the new colony of Botany Bay.
Thrust into one calamity after another, she uses her enhanced wits and very many skills to evade, seduce or even kill her way out of any sticky situation she finds herself in. For she is both superior and inferior to the average human.

As an AP—artificial person—the best humanity has to offer has been written into Friday's DNA. Yet she is often treated like a second class citizen—if she were ever able to claim citizenship. Her mother was the test tube and her father the knife, as the saying goes, so she has less rights than the biologically-born human, and no soul, according to the church.

But in Friday Heinlein has created one of the most enlightened, warm, engaging and humane characters in the science fiction field, gifting us a novel of female empowerment that was well ahead of its time. 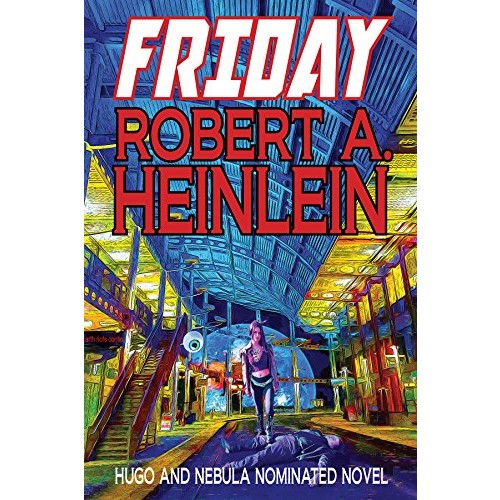 megakimcheelove posted this deal. Say thanks!
Add Comment
Reply
in eBooks (3)
If you purchase something through a post on our site, Slickdeals may get a small share of the sale.

Can you go to your invoice?

These Oakley and Smith Sunglasses Flatter Everyone and Are 50% Off
Copy Code & Open Site More Deals from
Did this coupon
work for you?
Copy
Link Copied to Clipboard