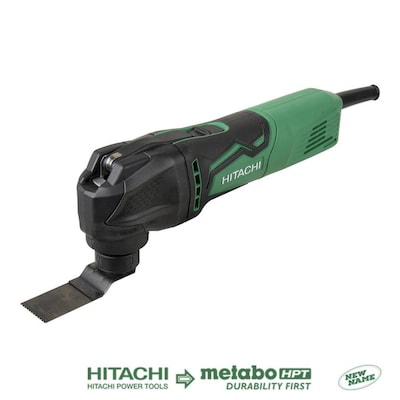 dankbud42o posted this deal. Say thanks!
Add Comment
Reply
Created 05-27-2020 at 06:43 AM by dankbud42o
in Tool Sets (6)
If you purchase something through a post on our site, Slickdeals may get a small share of the sale.
Deal
Score +23
9,298 Views
$37.25
See Deal
Want more deals like this? Create a deal alert for Tool Sets.
Add Deal Alert for Tool Sets

The Lowes link is only provided for reference. It is showing it at the full price.
The BrickSeek link is provided to check your local store to see if it is on clearance.

This is a "YMMV" or "Your Mileage May Vary" Deal, meaning that it depends on whether or not your store has it for this price.

If you use it frequently in small amounts, cordless makes sense.

If you use it infrequently or in large amounts, corded makes sense (unless you have a number of batteries from the same system as the rest of your tools).

Personally, the only cordless tools I own are my DeWalt XR drill and impact driver, with my impact getting probably 90% of the use.

The rest of the stuff I own is corded - I never have to worry about batteries being charged or dying partway through a project.

There's also price to consider. For occasional use a basic $40 one probably works fine. If you use it frequently, then higher end ones work better. That said, I've never been really impressed with cheap cordless stuff. There's a huge difference between my DeWalt stuff and the Ryobi stuff my friend has. Even corded, the name brand stuff is in another league from the rest of my Harbor Freight stuff.


That said, thanks OP! Placed an order for pickup here in CO for this. I have a basic WORX one that I've had a for a few years that I hate using the stupid hex key that seems to come loose all the time.
2
0
1
0
Reply
This comment has been rated as unhelpful by Slickdeals users
Joined Feb 2004
Slickiest Slicker
160 Posts
62 Reputation
05-27-2020 at 11:10 AM #13
I got it for pickup. Now I am really thinking whether it's really a deal. I will pick it up only if it's a deal... as I dont' need it NOW but good to be in garage tool set.. I see this at homedepot what is the difference.

Save Over 50% Off During IKEA's Huge Summer Sale

5 Cheaper Alternatives to a Breville Espresso Machine
Copy Code & Open Site More Deals from
Did this coupon
work for you?
Copy
Link Copied to Clipboard