Just got home from Lowes with the Hotpoint 7.1 cu ft Chest Freezer for $219 [lowes.com]

Hotpoint 7.1 at Brickseek [brickseek.com] seems to be fairly accurate for this item in my area... 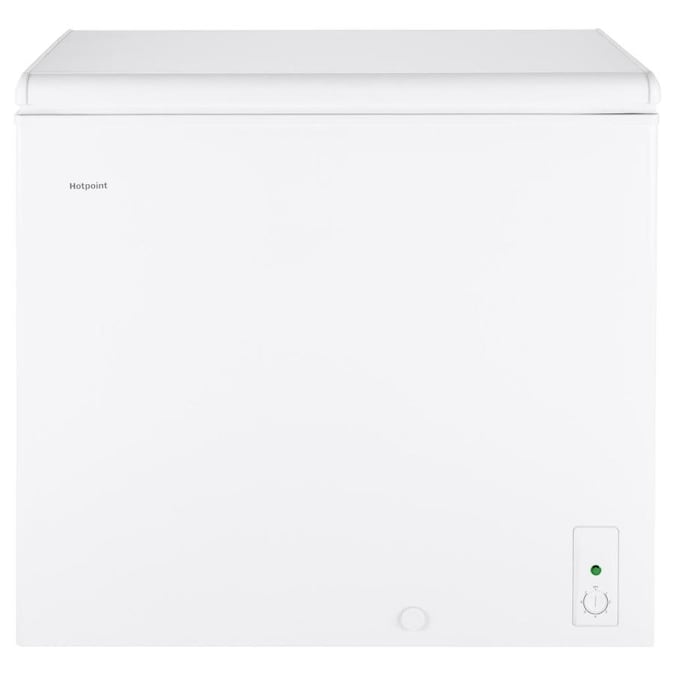 pingraming posted this deal. Say thanks!
Add Comment
Reply
Created 07-03-2020 at 03:58 PM by pingraming
in Refrigerators & Freezers (5)
If you purchase something through a post on our site, Slickdeals may get a small share of the sale.
Deal
Score +10
14,600 Views
$208.05
See Deal
Want more deals like this? Create a deal alert for Refrigerators & Freezers.
Add Deal Alert

I did not check the others

Lowe's is strange in that two different Lowe's said none available for order but a third location, the appliance guy said he saw a "new shipment" being formed but it was his experience that none of them would make it to the store. He said I could order it and I would get it next week.

It's strange because he said that it was NOT a special order, but he was piggybacking onto an existing Lowe's order, but for me, it would be the same as a special order if I paid for it now. I did and it came in on Wed the next week. My point is, if you really want one, you might try that way because there was nothing available online, back then then either.

That said, the 7.1 Hotpoint is nice. It has a nice door seal, kind of like a refrigerator door seal, unlike many of the freezers with a solid groove design. No complaints. It's extra quiet. You can't ever tell it's on. It comes with one wire basket that sits on top. I like the wire basket so much, I ordered 3 more. You can place 4 of the wire baskets across the top which make separating small items from the larger meat cuts below, very nice and convenient.

If you are interested, look for the GE basket model WR21X10218. This is identical to the one which comes with the unit. The same basket model is used for other freezers, so don't freak out if your freezer model is not on the list of freezers being shown.

As a reference, Amazon has it https://www.amazon.com/gp/product...UTF8&psc=1 but you can find it at other retailers.

About the best price I have seen for these is circa $20ea. If you can find one cheaper, snap it up..

This pandemic has forced people to stock up while the supplies from China are not coming fast enough. So ya, if you need one, and you find one.. get it...
0
0
0
0
Reply
This comment has been rated as unhelpful by Slickdeals users
Joined Apr 2016
L1: Learner
8 Posts
20 Reputation
07-10-2020 at 10:39 AM #8
Just ordered one yesterday from my Lowe's in Cincinnati, Ohio. The guy said it take two weeks to get them in. None in stock even though Brickseek said they had 4.
0
0
0
0
Reply

Rented an RV? 10 Space-Saving Items to Save Your Sanity

Tips to Max Out the Savings on Pet Food Delivery Services

7 Spray-Free Ways to Keep Mosquitoes Away
Copy Code & Open Site More Deals from
Did this coupon
work for you?
Copy
Link Copied to Clipboard