PCDD: Prince of Persia, The Sands of Time, The Forgotten Sands, The Two Thrones EXPIRED

Note, games will require a Ubisoft Connect account to activate/play. You will not receive a Uplay key 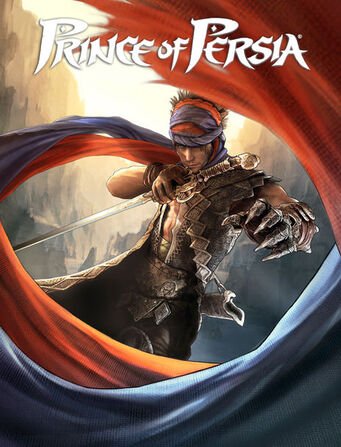 See Deal
Good deal?
You gave thanks to persian_mafia for this post.
Thank you!

Amidst the scorched sands of ancient Persia, there is a legend spun in an ancient tongue. It speaks of a time borne by blood and ruled by deceit. Drawn to the dark powers of a magic dagger, a young Prince is led to unleash a deadly evil upon a beautiful kingdom. Aided by the wiles of a seductive princess and the absolute powers of the Sands of Time, the Prince stages a harrowing quest to reclaim the Palace's cursed chambers and restore peace to his land. Offer valid while promotion last - Discombobulated

Add Comment
Reply
in Computer & PC (3) Get Fanatical Coupons
If you purchase something through a post on our site, Slickdeals may get a small share of the sale.
Deal
Score +39
19,408 Views
$2
$9.99
See Deal

If anyone is interested in the Sands of Time (personally my favorite) also note that there is a remaster coming out in January.
Two Thrones > Warrior Within > Sands of Time. Skip the other two.

The storyline and gameplay are a solid 10/10. Graphics would feel dated by today's standard ofc.

10-25-2020 at 02:20 PM #5
I am not familiar with Uplay or Fanatical, but POP Sands of Time is one of my favorite games ever. I played it on PC when it came out in 2003. It is a little dated, but I remember the gameplay, graphic, and storyline being very refreshing at the time.

So none of these will redeem through Steam. Additionally, regarding the bugs, the first recommended YouTube video for Two Thrones is this game breaking glitch [youtube.com]. As much as I would love to pick these up, it gets a hard pass from me.
1
0
1
0
Reply
This comment has been rated as unhelpful by Slickdeals users
Joined Nov 2019
L2: Beginner
90 Posts
50 Reputation
10-25-2020 at 04:01 PM #9
Two Thrones > Warrior Within > Sands of Time. Skip the other two.

The storyline and gameplay are a solid 10/10. Graphics would feel dated by today's standard ofc.
5
0
0
0
Reply

The reason it gets crap is that they made it really "edgy". I mean really comically edgy. And if you take PoP seriously, it's going to bug you. I think the best say to look at Warrior Within (and this may have actually happened) is that some executive kept saying "MORE EDGY! MORE EDGY! so the development team made it COMICALLY edgy, I mean parodically edgy just to (a) satisfy this stupid exec, and (b) so they could laugh at how comically edgy it was.

So if you take the edginess of Warrior Within as a sort of joke, it's really funny, and otherwise, it's an incredible game.

Two Thrones tones down the edginess and it's sort of somewhere in between the magical charm of "Sands of Time" and the crazy edgelord vibe of "Warrior Within."

My only complaint about Two thrones is kind of minor. You know how feminists started taking over games journalism and some studios lately, and there's been this sort of "uglification" of women in video games, because feminists hate hot women? Well, I think this was actually the very first game to do it. Warrior Within has this smoking hot "Empress of Time" and she's brought back in Two Thrones, but significantly more ugly.
2
0
0
3
Reply
This comment has been rated as unhelpful by Slickdeals users
Joined Oct 2007
L6: Expert
1,320 Posts
66 Reputation
10-26-2020 at 01:02 AM #15
The Sands Of Time, The Two Thrones and The Forgotten Sans. Never had a change to finish Price of Persia.
1
0
0
0
Reply
Page 1 of 3
1 2 3
Join the Conversation
Add a Comment