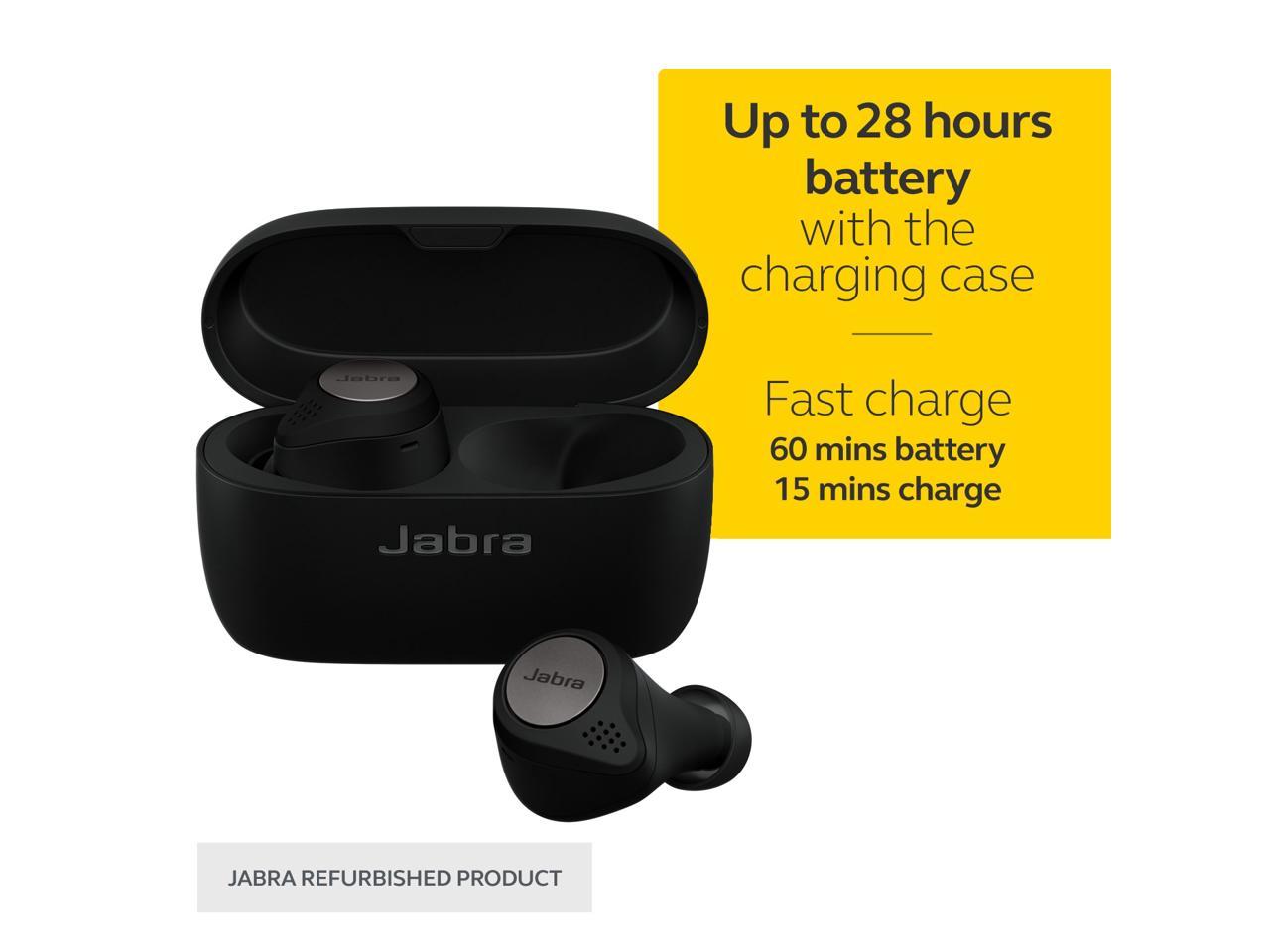 sr71 posted this deal. Say thanks!
Add Comment
Reply
in Headphones, Headsets & Earbuds (4)
If you purchase something through a post on our site, Slickdeals may get a small share of the sale.
Deal
Score +14
6,933 Views
$115.00
See Deal

I'm tempted by these but honestly I'm happy with my 65t Active buds (purchased refurbished for $40) and I'm neither picky enough nor use them enough to justify spending more, regardless how good this price may be. Maybe in another year or so when the price has dropped even further.
2
0
0
0
Reply
This comment has been rated as unhelpful by Slickdeals users
Joined Oct 2016
New User
16 Posts
10 Reputation
10-26-2020 at 02:39 PM #8
I have the 65t elite which had better water resistance. But the 75t are much better. Smaller, better battery, better mics, better charging case.
1
0
0
0
Reply

10-26-2020 at 02:55 PM #14
It all really depend on your needs. None of the Jabras have independent use capability for both earbuds, but works in slave and master mode only. Even the new 85t and they launched the 75t stating it would be added with an update later (never did so makes it hard to trust Jabra at their word for any future promises).

1.Jaybird Vistas are ultra compact (especially with the case) and water proof basically.
2.Airpods Pro (was recently sub $200 at Costco, Target, Woot, Walmart, Amazon, and eBay) has the best ANC imo and one of the best for calls. New update gives it spatial audio and better battery charging so it shouldn't degrade as badly. I actually had returned mine due to battery issues after 6 months but might give it a try again if that new battery management really fixes that issue.
3. Galaxy Buds Live are kind of love it or hate it. It depends if it fits your ears and if you are okay with a more open back concept.
4. Master & Dynamic, B&E, and the Sennheiser TWS are all known to have some of the best sounds out there.
5. Sony WF-1000XM3 is highly regarded and often can be had for under $200. Only complaints I have really seen about it is size and mics for calls.

I personally would rank the 75t below all of these. My previous experience with 65t is positive but it was also only $45. On the 65t, the range between the 2 earbuds is extremely short, like a foot or so. Not sure if it was the specific one I had or if that is how it was designed. This also prevents you from leaving the right earbud on the desk and using only the left one (since the right is the master).
0
0
0
1
Reply
This comment has been rated as unhelpful by Slickdeals users
Joined Mar 2020
L4: Apprentice
428 Posts
52 Reputation
10-26-2020 at 02:55 PM #15
Don't forget. The 75t's have solid ANC now. Almost on par with the Sony's..
0
0
0
0
Reply
Page 1 of 3
1 2 3
Join the Conversation
Add a Comment