Thanks community member KingL7335 for finding this deal

Written by
Experience greater power, range, and speed. With an internal and external lithium ion battery, ES4-800 has a top speed of nearly 15.5 mph and a range of up to 28 miles. The bar for high-performance e-scooters has been raised. 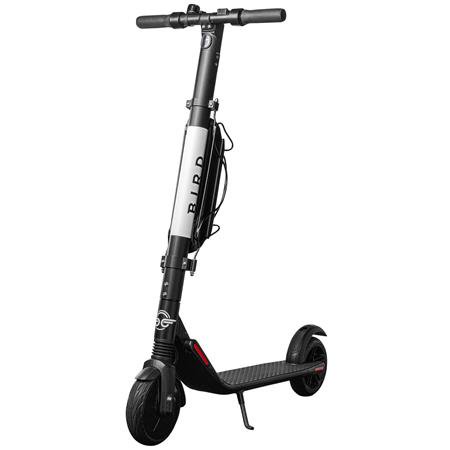 KingL7335 posted this deal. Say thanks!

Here's a reputable site that offers dashboard flashing. I've had a few conversations with one of the owners and just confirmed that if you have a purple circuit board when you take your dash off, you cannot flash this and will have to purchase another dash that can be flashed or a pre-flashed one (which they also sell).

SOLUTION TO REGAIN RETAIL FUNCTIONALITY BACK (most)

For those waiting for an update with an OEM dashboard, here it is.

Those who purchased an aftermarket dash could not update the BMS. but had access to all other retail functions, with an OEM dash, I was able to update the BMS (I believe the latest is 1.4.9?). Also, someone gave me a great tip, but wanted to confirm it on my end, if you can borrow an OEM dash from someone, you can update everything and then change back to your previous dash (if you were lucky to get a BT enabled one, I believe purple boards = BT enabled), all retail functions will still remain on the scooter.

Recently found out by another individual that BMS also updates with an aftermarket dash that's been flashed with OEM FW, there are sellers on ebay who sell these, ~$30. The issue with these according to some individuals is that the BT update doesn't seem to hold after exiting the app, it looks like it succeeded, but reverts back when the app is closed and reopened.

Another finding - User reported that after updating the FW with an aftermarket dash (non-flashed), they were able to re-install their purple dash and it allowed them to update the BMS to 1.4.9.

For those with missing or broken parts. I can confirm you can contact the warranty company for replacements, all you need is your receipt and send them a couple of photos for reference. I was able to get a new fender and some bolts replaced.

Bonus - Confirmed this still works
Don't forget, Bird will also send you a free Helmet if you used their app this last year, All you need to pay is shipping. https://www.bird.co/blog/bird-off...et-selfie/

Do not use the electronic brake (the brake on the handlebar) to slow down while going downhill, you can potentially fry something and thus resulting in a brake failure. Use the rear brake located on the rear wheel by stepping on it or a combination of the two (slow down slightly with the rear brake and then use the e-brake), do not rely solely on the e-brake to slow down when going fast (20 mph+). The e-brake failure is likely due to the regenerative braking function this scooter has, it sends too much energy back to the circuit board and poof.
Link to this Wiki

Jackedandshredded asked this question on 12-04-2020 at 01:22 PM
12-04-2020 at 01:23 PM
it took me few days with so mant conflicting information to get this scooter to full potential so to save others time and money here is a quick write up on how to:
1-order a fresh dashboard on amazon this is what i ordered: https://www.amazon.com/dp/B07TSNV...UTF8&psc=1 , but they areall over ebay and amazon you don't need 50 bucks oem, it is so easy to install and many youtube videos on how tom you need a security bit to unscrew the handle bars. You can get a set here https://www.amazon.com/dp/B07Q21R...YFbTCRQVJ3
12-04-2020 at 01:24 PM
2- once the dash is installed, download the xiaoflasher app from google play store spelled exactly like this.

3-go to https://esx.cfw.sh/. If you know what your doing, then you can go ahead and do it, if you dont, do what i did to avoid killing yourself or the scooter. Input the following settings:
A-presets:ES4.
B-basics: select DRV139 from drop down, leave the rest alone.
C-power &speed:
- drag the slider to 51000, to stay on the safe side.
-Max speed set it to max unless you want it slower
-Motor start speed: 2kmh
-Kers: if you dont wanr to die like i almost did select KERS/12 ("freewheel") and MAKE SURE NO KERS box is unchecked.
Skip to
4-advanced:leave everything alone except last one, check the box "current based throttle algorithm." Withour this your scooter won't go past 16 mph.
12-04-2020 at 01:24 PM
lastly here hit finished time to cook and select xiaoflasher as your app, download the zip file to youe phone where you can find it or to youe computer and send to your phone somehow.

Go to xiaoflasher app,
1-hit the plug logo which will show your scooter if you installed the dash correctly and powered the scooter up. Once you are connected, and scooter beeps, click on select zip file then find the file you downloaded from instructions above.

2-hit flash selected zip file, DONT MESS with anything else yet, and stay next to your scooter obviously until its done.

3- once its done turn scooter off and back on, go back to the xiaoflasher app and connect to your scooter again.
12-04-2020 at 01:24 PM
4- if your scooter original serial that showed on top of the app or stamped on bottom of your scooter is N2GRK1841CXXXX or almost the same as this. You need it replace it with N2GTX1601CXXXX. Replace xxxx with last 4 digits of your current serial. Step 5 is how you replace it

5- go to "change region" and hit custom. Wait for the counter if u dont want to donate. Type in the new serial from above N2GTX1601Cxxxx. Replace xxxx with last 4 of your serial.

You are done your scooter will now ride smoothly , switch between modes and go rocket speed aka 23mph or more.

- Yes, some individuals cannot connect to the Segway app (BT issues), others are lucky and are able to do this. This seems to be dependent on the dashboard that was placed on when refurbishing these

- Want to switch to MPH? Download the Nine Dash app (Android only)

- Want to change the lights on the deck/board? Download M365 Tools (Android only)

- Yes, there are individuals who can't see the charging % update in real time while it is charging, likely due to not having BT enabled dashboard

- For those who want to fix the BT issues, you may have to flash your current dashboard in order to enable BT or buy an OEM dashboard if you don't have the skills/knowledge to do the prior way. You can also purchase a flashed aftermarket one.

https://www.scooterhacking.org/forum/viewtopic.php?t=15
11-30-2020 at 01:23 PM
I contacted the company that renews/refurbishes these about the issues and this is their reply

· The ES4-800 Bird manufacturer has not developed a customer based mobile phone app for this model.

· The Segway ES1 app IS NOT compatible with the ES4-800 Bird scooter but you may get some limited functionality from the app.

· The Bluetooth function is used only by the factory to upload unit operational firmware to the ES4-800 Bird scooter.

· The unit has been hardcoded to run in “S”ports mode / full speed range. You cannot switch to the other limited speeds 1 & 2.

· There are two version of dashboards used by the manufacturer, some of the ES1-300 units have dashboards that display the Bluetooth logo and some do not.

Buy now, think/return later if you change your mind
5 minutes ago, if you had asked me if I would ever own a electric scooter I would have laughed. ... it will be here Saturday!!!! !!!! Wooooooo!!!!!!!!
yes. one scooter for each person

i would totally get this now if it folded.