Thanks to community member SuplexCity for finding this deal. 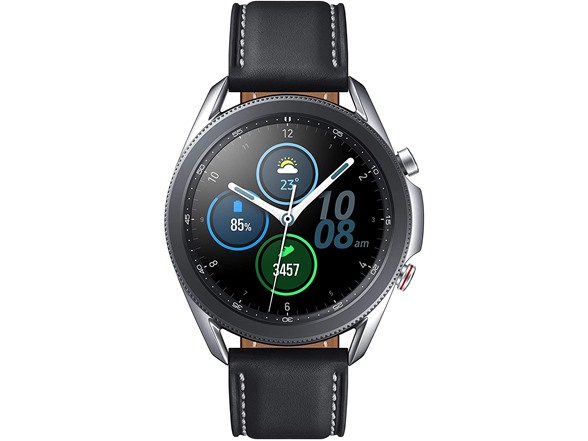 SuplexCity posted this deal. Say thanks!

Add Comment
Reply
in Smart Watches & Wearables (5) Get Woot! Coupons
If you purchase something through a post on our site, Slickdeals may get a small share of the sale.

This comment has been rated as unhelpful by Slickdeals users
Joined Jan 2010
Give me wings to fly
10,477 Posts
816 Reputation
01-09-2021 at 10:49 PM #31
Absolutely not, I would save money towards a computer upgrade or better phone down the line. A lot of people use this on the go, jogging, gym, and overall when you are out, and you don't want to pull your phone, it's super handy.
Not going out as much as before, and mostly working from home is one reason I am not sure I want to spend $257 now. I got the Active 2 from Costco, I am even contemplating returning that since they charge Tax on Full Price, minus $50 after tax, I think it was $159+ tax on full price $249? I forgot, need to check the receipt. Also it wasn't LTE either.

This comment has been rated as unhelpful by Slickdeals users
Joined Jun 2009
L8: Grand Teacher
3,116 Posts
511 Reputation
01-09-2021 at 11:01 PM #38
Damn tempting for the LTE version, but I will probably never use the LTE feature so it's really moot. Wished the 41mm version is available for much cheaper without the LTE stuff because no one really uses LTE unless they are rich enough to get another plan. Also the 45mm is a bit too big for my small wrist. Plus I use mine for sports so it might be too big for that.

But good deal for those who need it and wants one.

0
Reply
This comment has been rated as unhelpful by Slickdeals users
Joined Mar 2017
L5: Journeyman
744 Posts
97 Reputation
01-09-2021 at 11:04 PM #43
In for 2. Just sold my New non-LTE 45mm Watch 3 this morning for $300. Should be able to make a few bucks. I think we'll start seeing a lot more deals on the Watch 3. Samsung had hardly been having any deals on them and didn't through Xmas, very spotty at best. Think they were more focused on unloading older inventory.

EDIT: and I am not dissing your initial advice of spending first on Computer vs. other media for those that sit at the desk all day. That's proper advice. But unless they're doing intensive work on that computer, they will be spending much more per year on phones (even the "cheaper" type Moto G power for instance, net) , and maybe let them splurge on a fun item like an LTE watch. That is my situation. . .and what I'm doing right now. My "sick of being stuck at home" post Christmas present to myself. I don't need it. I don't go out nearly as much. But . .on another note, looking for a good Chromebox, which would also be a good upgrade most likely to the poster asking for the price, as long as nothing too intensive is required.

Amazon Has the Apple Watch Deals You've Been Looking for: Find Discounts on Series 6, SE and More

The Best Mouse and Keyboard Bundles that Work With Modern Computer Ports
Copy Code & Open Site More Deals from
Did this coupon
work for you?
Copy
Link Copied to Clipboard