Thanks to community member JosephDirt for finding this deal 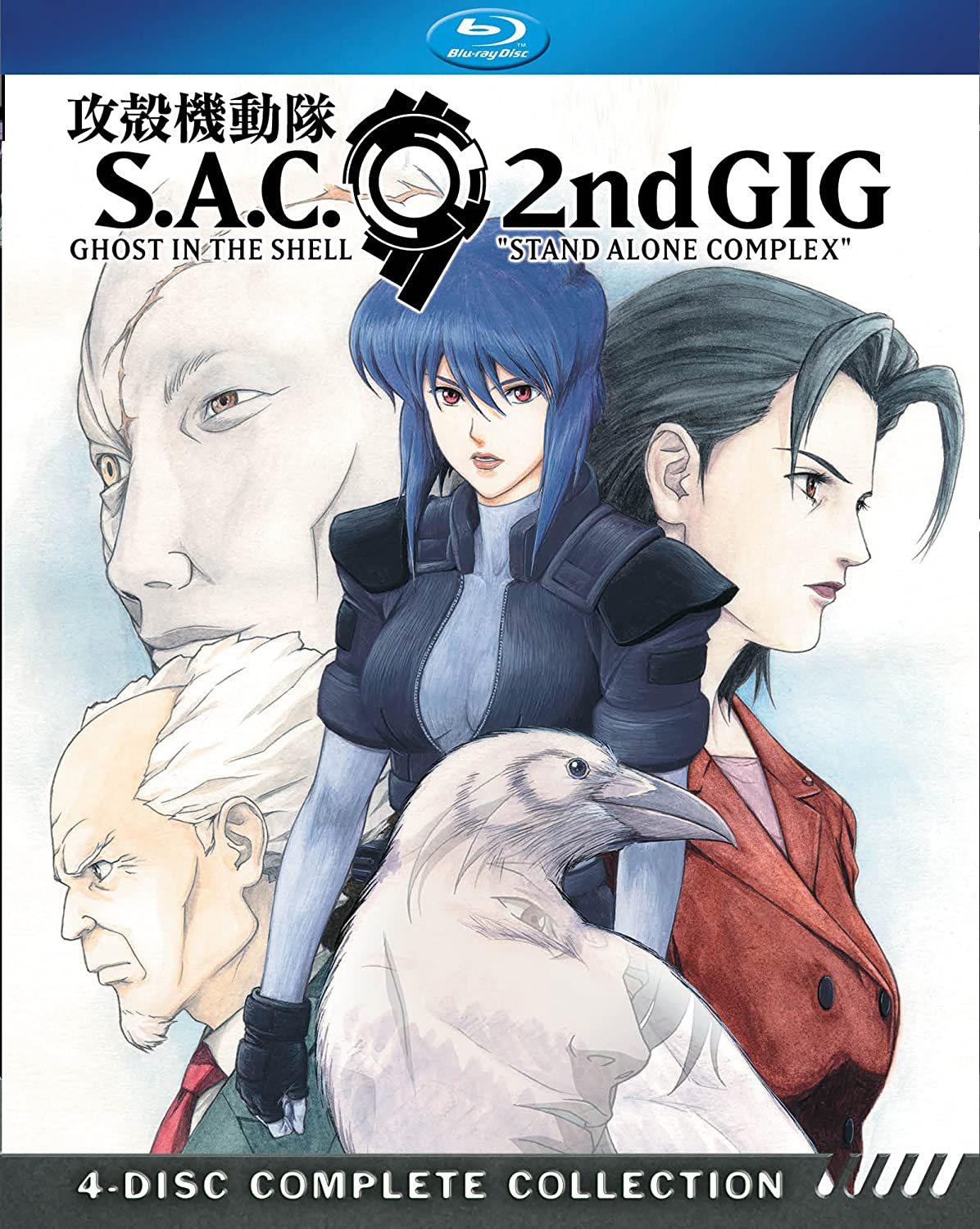 JosephDirt posted this deal. Say thanks!

I know there were some issues with the Blu-Ray set; however, it appears to be out of stock at Walmart and Target with a $20 price tag.

The English dub has some Japanese dialogue that is still audible at certain spots. At some points, both tracks can be heard simultaneously.

There are no chapter breaks within episodes.

The subtitles are close-captioned and follow the English dub. They are not a translation of the original Japanese dialogue.

None of the extras from the DVD release are available.

The menus are a nuisance to navigate due to the small font size and odd choice of coloring (gray on gray).

For $5, I can deal with the issues and thought I would share.

"Ghost In The Shell: Stand Alone Complex Complete S2" - The series takes place in the year 2030, where many people have become cyborgs with prosthetic bodies. Primarily set in the fictional Japanese city of Niihama, Niihama Prefecture, the series follows the members of Public Security Section 9, a special-operations task-force made up of former military officers and police detectives. While the group investigates various crimes, both seasons feature ongoing investigations into two incidents that embroil the group in corruption within other branches of the Japanese government.

Shipping is free with Amazon Prime or with orders over $25.

0
Reply
This comment has been rated as unhelpful by Slickdeals users
Joined Sep 2018
L3: Novice
137 Posts
31 Reputation
01-21-2021 at 01:42 AM #4
Even at this price point I can't recommend supporting the company that made these (Anchor Bay/LionsGate). Fans deserve a proper physical release of GitS: S.A.C.

0
Reply
This comment has been rated as unhelpful by Slickdeals users
Joined Oct 2005
L6: Expert
1,163 Posts
174 Reputation
01-21-2021 at 06:58 AM #11
I know the deal is now dead (didn't last more than a few hours, apparently), but is there any advantage to getting this on Blu Ray over DVD? Would it actually have a higher resolution on Blu Ray being a cartoon?

1
Reply
This comment has been rated as unhelpful by Slickdeals users
Joined Oct 2009
L2: Beginner
62 Posts
14 Reputation
01-21-2021 at 10:23 AM #12
Yes. The Blu looks better, animated stuff often benefits greatly from format upgrades. A uhd would be awesome

0
Reply
This comment has been rated as unhelpful by Slickdeals users
Joined Sep 2018
L3: Novice
137 Posts
31 Reputation
01-21-2021 at 07:55 PM #13
Honestly you're better off sailing the high seas. I guarantee someone has taken the raw blu-ray video and properly subtitled it and including the english dub without Japanese audio randomly showing up.

What's Coming to and Leaving Netflix in March 2021