Slickdeals Forums Deal Talk Xbox Core Wireless Controller (White) $49.99
Advanced Search
Sorry, this deal has expired. Get notified of deals like this in the future. Add Deal Alert for this Item
Forum Thread

AdamHD
+11 Deal Score
10,501 Views
Was looking for a new game controller for my PC and found the white Xbox "Core" (new) controller on sale and IN STOCK on Microsoft's web site. Normally $59.99. Came with free "expedited" (2-3 day) shipping. 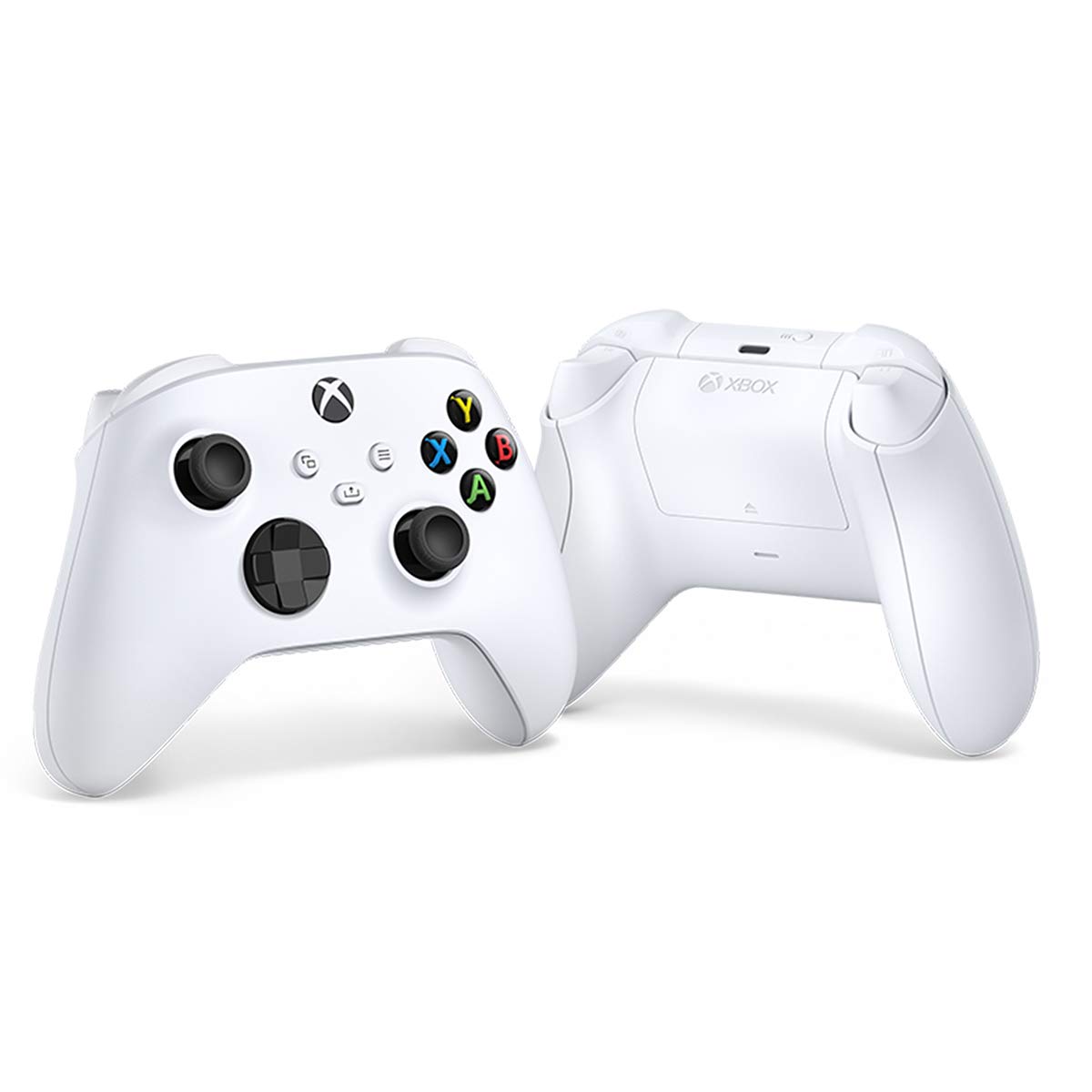 AdamHD posted this deal. Say thanks!
Add Comment
Reply
in Video Game Accessories (8) Get Microsoft Store Coupons
If you purchase something through a post on our site, Slickdeals may get a small share of the sale.

I remember some camera where people complained about a $50 difference or something it was ONCE on sale for - this was a $3000+ Sony A7 I think? Most folks it's semiprofessional use so is $50 to wait months even financially sound? No.

Same here, you save a bit, maybe $50 is the price it'll end up being, but the $40 or $45 price for the X/S controllers is gone for now. Maybe it's 3 months away again - why restrict yourself? If you wanna do couch co-op or peace of mind if your main controller's batteries die you have a back up - is $10 savings worth that?

If you truly are just wanting this for a collect dust on the shelf type back up in the event your dog eats the main controller, fine waiting for another $10 off might make sense. Do you really only want it because it's white instead of your other color controller and makes no difference in game play? Ok, wait.

Otherwise, rise above the bad mentality here of MUST BE LOWEST EVER FOR THIS DEAL TO BE A DEAL AND MATTER. It's a good price, ships reasonably fast, and from the maker of it - make yourself happy if you want.

0
Reply
This comment has been rated as unhelpful by Slickdeals users
Joined Jul 2020
L2: Beginner
72 Posts
18 Reputation
03-02-2021 at 01:58 PM #11
I haven't bought/used a xbox controller since the 360. That, and the DS2 are still my all time favs. I touched and used the original X1 controller only briefly, so I can't compare TOO well, I think the triggers on this "new" model are much better, but I liked the overall build of the X1 more. Also, the analogs seem to further from how the 360s were than the DS4 are...mixed feelings on that. By far my biggest complaint are the buttons. I may need to check if I got a bad model, but the buttons when pressed feel cheap, they make that sound that it's bottoming and hitting hard plastic, and I hate that. Much preferred "mushy" buttons, like the 360 was, the switch pro is, and to a lesser degree the DS4.

I bought this for an easy pnp controller I could travel around with. If you are considering buying this, and have other controllers lying around that could be used instead, I would recommend somehow testing and handling the controller, maybe at a store (wear gloves lol) to see if you actually like it. Do not just assume, like me, it will instantly feel good in your hands based on previous experiences with MS controllers. No, the price is not that high, but if you don't enjoy what you buy then the price doesn't matter.

0
Reply
This comment has been rated as unhelpful by Slickdeals users
Joined Jan 2008
L6: Expert
1,182 Posts
171 Reputation
03-02-2021 at 02:01 PM #12
well you don't know what i need the controller for. correct, i don't need the controller, which is why i can wait. i want to gift it to my girlfriend to replace the old controller i gave her. she playes games on 1-3 days a month so it is not crucial. so waiting till lowest price again makes sense.

what if i wanted to donate 100 controllers to a children's hospital and can save $1000? i'm not, but just saying everyone's reasoning is different, so thanks but i'll wait, it's not "insane" to save money

Also, if you're donating to kids hospitals... I'd either cut out a few controllers so they can have some or just bite the bullet on spending more - those kids are on borrowed time. They can't wait for a BF deal!

0
Reply
This comment has been rated as unhelpful by Slickdeals users
Joined Oct 2007
Thel Vadamee, the Arbiter
2,493 Posts
03-07-2021 at 07:57 PM #15
Same. These things are fantastic and come in a variety of limited editions AND work with Bluetooth on mobile and all kinds of devices (but for PC you'll for sure wanna spend $24 on the Xbox adapter as Bluetooth is awful for these and won't work with a headset at all)

I'm happy to be done with 360 controllers after 15 years. They're trash. But gimme a cool edition and I'm in! I can wait. I'm patient. If 2% inflation doesn't outstrip my patience