Slickdeals Forums Deal Talk Skin in the Game: Hidden Asymmetries in Daily Life: Incerto (eBook) $3
Advanced Search
Sorry, this deal has expired. Get notified of deals like this in the future. Add Deal Alert for this Item
Frontpage Deal

Random House via Google Play also has Skin in the Game: Hidden Asymmetries in Daily Life: Incerto (eBook) on sale for $2.99.

Thanks community member phoinix for sharing this deal 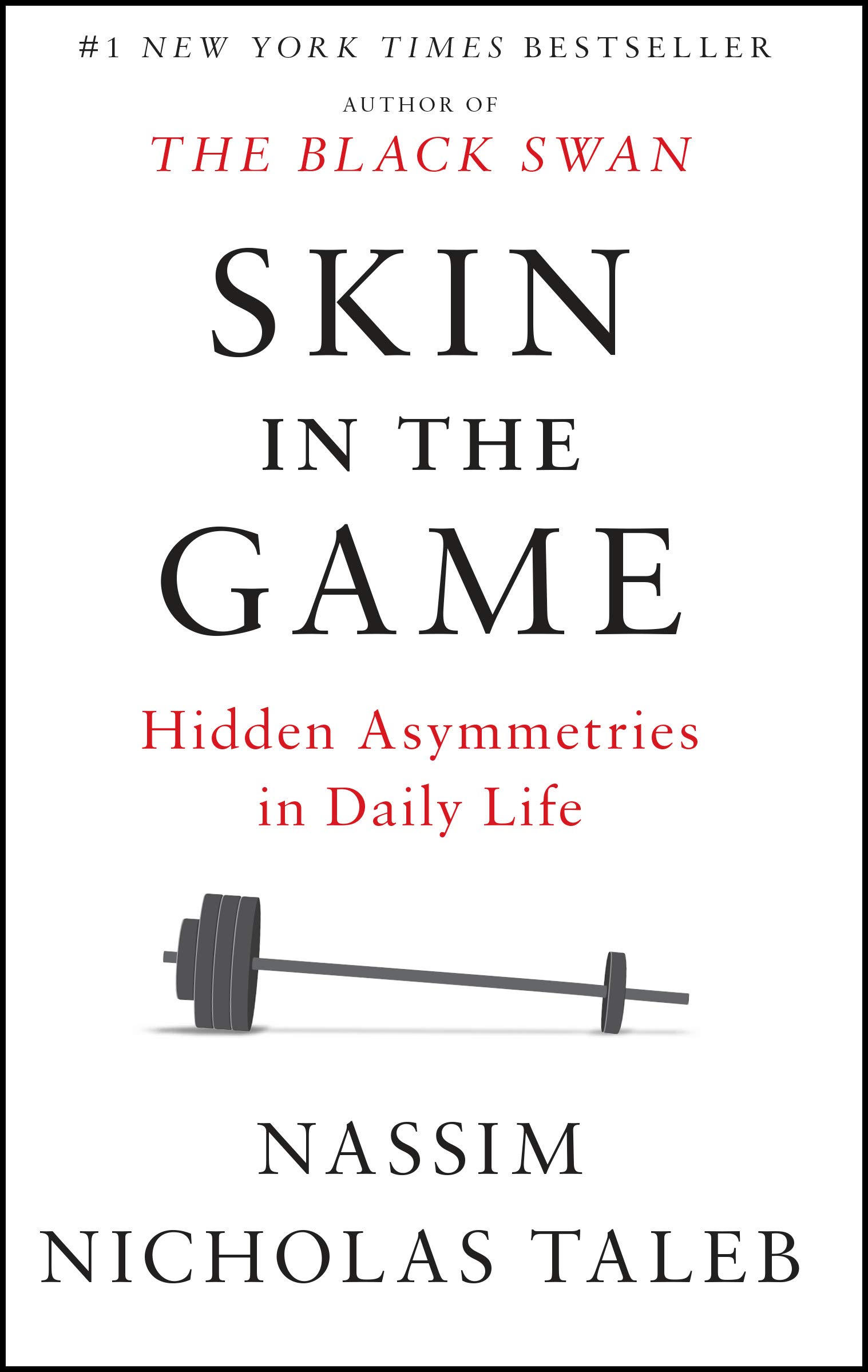 #1 NEW YORK TIMES BESTSELLER • A bold work from the author of The Black Swan that challenges many of our long-held beliefs about risk and reward, politics and religion, finance and personal responsibility

In his most provocative and practical book yet, one of the foremost thinkers of our time redefines what it means to understand the world, succeed in a profession, contribute to a fair and just society, detect nonsense, and influence others. Citing examples ranging from Hammurabi to Seneca, Antaeus the Giant to Donald Trump, Nassim Nicholas Taleb shows how the willingness to accept one's own risks is an essential attribute of heroes, saints, and flourishing people in all walks of life.

As always both accessible and iconoclastic, Taleb challenges long-held beliefs about the values of those who spearhead military interventions, make financial investments, and propagate religious faiths. Among his insights:

• For social justice, focus on symmetry and risk sharing. You cannot make profits and transfer the risks to others, as bankers and large corporations do. You cannot get rich without owning your own risk and paying for your own losses. Forcing skin in the game corrects this asymmetry better than thousands of laws and regulations.
• Ethical rules aren't universal. You're part of a group larger than you, but it's still smaller than humanity in general.
• Minorities, not majorities, run the world. The world is not run by consensus but by stubborn minorities imposing their tastes and ethics on others.
• You can be an intellectual yet still be an idiot. "Educated philistines" have been wrong on everything from Stalinism to Iraq to low-carb diets.
• Beware of complicated solutions (that someone was paid to find). A simple barbell can build muscle better than expensive new machines.
• True religion is commitment, not just faith. How much you believe in something is manifested only by what you're willing to risk for it.

The phrase "skin in the game" is one we have often heard but rarely stopped to truly dissect. It is the backbone of risk management, but it's also an astonishingly rich worldview that, as Taleb shows in this book, applies to all aspects of our lives. As Taleb says, "The symmetry of skin in the game is a simple rule that's necessary for fairness and justice, and the ultimate BS-buster," and "Never trust anyone who doesn't have skin in the game. Without it, fools and crooks will benefit, and their mistakes will never come back to haunt them."

A World Without Email: Reimagining Work in an Age of Communication Overload (eBook) by Cal Newport $1.99
$1.99
8 4

The title of the book is the book itself. If you have read the title, you have read the book. Kudos to the author for rehashing the same thing again and again, page after page to drive down the concept.
Eligible for reward points
https://www.penguinrandomhouse.com/rewards

Upload your proof of purchase from any eligible book to accrue points.
120 Points = A Free Book!
For every qualifying book purchase you'll receive 10 points.
Imagine believing this. It shows a lack of ethics in and of itself.

This comment has been rated as unhelpful by Slickdeals users
Joined Dec 2010
L6: Expert
1,539 Posts
8,298 Reputation
Original Poster
Pro
Expert
Our community has rated this post as helpful. If you agree, why not thank ?
04-12-2021 at 01:46 AM #3
Eligible for reward points
https://www.penguinrandomhouse.com/rewards

1
Reply
This comment has been rated as unhelpful by Slickdeals users
Joined Dec 2003
L2: Beginner
92 Posts
29 Reputation
04-13-2021 at 09:26 AM #4
The title of the book is the book itself. If you have read the title, you have read the book. Kudos to the author for rehashing the same thing again and again, page after page to drive down the concept.

What ignorant drivel. The author doesn't believe this himself. Run far away, or watch CNN, it's free and more entertaining.

5
Reply
This comment has been rated as unhelpful by Slickdeals users
Joined Jul 2017
L3: Novice
126 Posts
42 Reputation
04-13-2021 at 01:14 PM #8
I got burned by a technology philosophy book like that years ago. Saw it on a late night show interview, seemed interesting. And it was just the same thing for 150 pages over and over.

0
Reply
This comment has been rated as unhelpful by Slickdeals users
Joined Oct 2019
New User
13 Posts
14 Reputation
04-13-2021 at 09:26 PM #15
that's the problem with most of the "self help" or business books these days - its a single concept made into a catchy phrase and stretched to 300 pages.

I did a book club with 42 lessons over the course of a few months and it got so redundant toward the end that we skipped a bunch of activities.