8GB RAM, 128GB NVMe SSD
It does have less ram and storage but if you want a bang for the buck deal this is it. 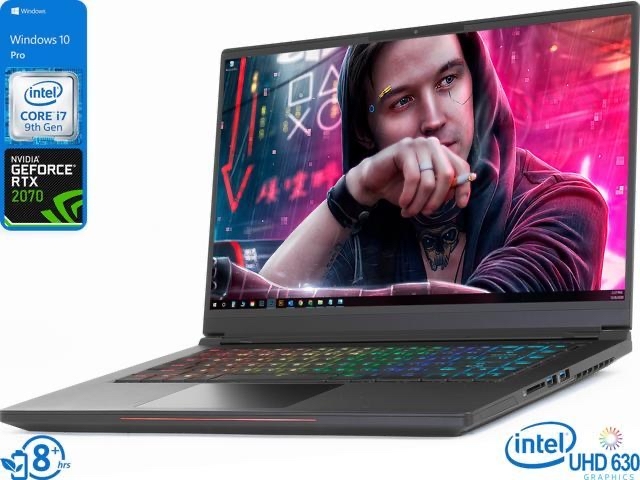 MarvelMeetsDestiny posted this deal. Say thanks!
Add Comment
Reply
in Laptops (3)
If you purchase something through a post on our site, Slickdeals may get a small share of the sale.

Small and light though, if that's what you're after.

04-14-2021 at 07:19 AM #8
What's the ideal combination where you can get full wattage on an RTX without heating problems? Does it mean that 15.6" will always have an overheating problem because its size limits heat dissipation, or the system build for cooling makes it is unrealistically heavy for a laptop? I am not talking about the laptop in this deal - I am taking generally.

For instance, would a general statement that the Lenovo Legion 5 with Ryzen processor and RTX is always the best bet (if price is ignored) because it has a good cooling and allows for optimized performance?

04-14-2021 at 07:22 AM #9
How does one know that the sellers who "customize" laptops from other manufactures aren't getting used/refurbished/returned laptops, upgrading them and then selling it as "new"?

0
Reply
This comment has been rated as unhelpful by Slickdeals users
Joined Apr 2018
L4: Apprentice
343 Posts
46 Reputation
04-14-2021 at 07:35 AM #11
Interesting a gaming laptop with a paltry 128GB storage that's like barely enough for Call of duty and nothing else LOL. Otherwise solid specs on a solid chassis, tong fang based laptops are pretty good I have the gateway version tong fang and it's great.

0
Reply
This comment has been rated as unhelpful by Slickdeals users
Joined Apr 2018
L4: Apprentice
343 Posts
46 Reputation
04-14-2021 at 07:41 AM #12
These are what's called reference models or in their case white books, what that is, is a base laptop to showcase their chipsets and offerings, in generic form. Adata and other component makers use these types of base unit's to show off their best parts and send out to reviewers and journalists. Despite brand of being intel they did not make these, Tong Fang makes these and for many other "reference" based brands.

04-14-2021 at 09:37 AM #15
IMO a laptop design will only have an "overheating problem" if it's poorly spec'd and configured. Basically that means that the cooling system can't keep up with the heat dissipation of the components when they are running as specified, so you get a lot of temperature throttling. For instance you have a 85W GPU in a chassis that can only really handle 65W at max temperatures. However, an optimized system will always be on the edge of max performance and allowable temperatures.

They deal with overheating by reducing power, and increasing size (a little) vs a non gaming laptop. Cooling systems can also be very sophisticated. Most gaming laptops are designed for <85W GPUs and 45W CPUs. Desktop systems are usually >2x more power. Some laptops can deal with up to 2x this power also, but they are bigger and expensive.

The market has spoken apparently, and even gaming laptops need to be as small, thin, and light as possible. If you look at a typical RTX 2070 desktop card, it's huge with big fans and has a nominal TDP of 175W. Obviously something has to give if you are going to squeeze that into a wee laptop. So they limit power and speed so it will function in the tiny envelope of the laptop.

Size and power and temperatures will always be at odds.

Lenovos are nothing special in this regard.

EDIT: Also, the 15.6 models do not necessarily have less cooling than 17.3" of the same model. If the fans and heatpipes are the same then there should be little or no difference. Usually the extra space is used for storage or battery capacity.