Thanks to community member(s) MarcelPT & win7lose5 for finding this deal
Note, must apply the listed discount code in cart to receive discount 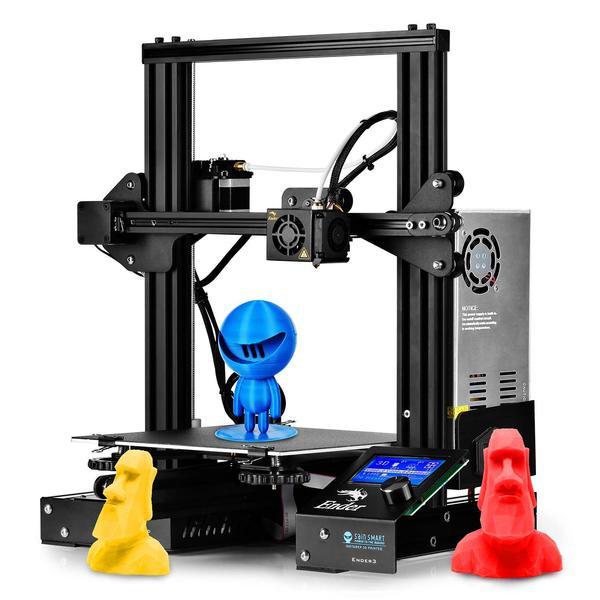 MarcelPT posted this deal. Say thanks!

Add Comment
Reply
in 3D Printers (4) Get SainSmart Coupons
If you purchase something through a post on our site, Slickdeals may get a small share of the sale.

I tell them a Voxelab "Clone" is better and they argue back with ZERO experience that a Sainsmart "rebadge" is original... they are all original. Its like the folks in here never heard of how the Chinese manufacturer stuff these days.

0
Reply
This comment has been rated as unhelpful by Slickdeals users
Joined Sep 2003
L5: Journeyman
638 Posts
403 Reputation
04-20-2021 at 09:13 AM #78
Yes, as long as the Slicing software supports the files. Cura is what most use for slicing and STL is the main one supported you will find. My son makes Solidworks files for me and it does STL.

The Geetech sensor has been great but it didn't come with much documentation or wiring. I already had plenty of small gauge wire to use and there were enough tutorials online to figure out what to do.

This comment has been rated as unhelpful by Slickdeals users
Joined May 2006
L6: Expert
1,191 Posts
177 Reputation
04-20-2021 at 01:26 PM #83
I'm not sure if this is the case still, but a few years ago when I purchased my Ender 3 with the regular 8-bit boards, they didn't have "Thermal runaway" protection turned on by default in their firmware.

If they still haven't fixed this, I'd recommend flashing to a newer version of Marlin firmware. (Although you may need to buy some parts to flash if you do not have them handy.)


Your rude demeanor is helping kill this information, because people focus on that instead of your point.

2
Reply
This comment has been rated as unhelpful by Slickdeals users
Joined Nov 2011
Meh
99 Posts
62 Reputation
04-21-2021 at 04:28 AM #87
There ya go. Once again I am showing that you are the one talking without ACCURATE information & experience.

Also I, like most people here, never said Voxelab was bad, we merely said you do not know what a clone actually is. Saying someone is purchasing a weaker product is an idiotic claim when the other product was 25% cheaper. You can always spend more money to get a better product, but the benefits may not outweigh the added cost.

With all that said, if the coupon was working, I think the two devices would be on equal footing. Without the coupon, I would spend the extra $25 for the Voxelab and its upgrades.

1
Reply
This comment has been rated as unhelpful by Slickdeals users
Joined Dec 2014
Fiction-phobe
6,283 Posts
1,600 Reputation
04-21-2021 at 08:40 AM #88
Thats about as informative as the shit I just took. I'll apologize for thinking you were lying, but really, "some construction" and "maybe some small part" are two statements in conflict.

If some construction is different then why only some small part can be used by both. Pretty easy to tell the aren't allowed to say they are the same damn machine with differences in stock setup.

P.S.... just so you understand something. This deal was not originally $135 as it was updated yesterday.

It was $155, which is how it is listed now. Another user added in the $20 off 100 code bringing the price down yesterday.

So no, $155 is not 25% cheaper than $179 and my original post was made when the price was $155. If you lot have tried to inflict knowledge it was that context matters.

0
Reply
This comment has been rated as unhelpful by Slickdeals users
Joined Dec 2008
L4: Apprentice
351 Posts
74 Reputation
04-22-2021 at 12:06 AM #90
personally? nothing wrong with the ender as a cheap machine. There's also the prusa mini+ if you want a good warranty and support for a little more. If you have 800-1000 to spend you're looking at a prusa mk3s unless there's something very specific you need in your setup. There's also resin printers, they're quite cheap these days, sub $500, often down under $300. Any of them with the monochrome masking screen I would recommend, they're all pretty much the same machine.