iconian | Staff
+34 Deal Score
47,669 Views
BuyDig has select Hisense L5F Laser TV Projectors on sale below when you apply coupon code LYP28 in your cart. Slickdeals Cashback is available for this store (PC extension required, before checkout). Shipping is free.

Thanks to Deal Editor iconian for posting this deal. 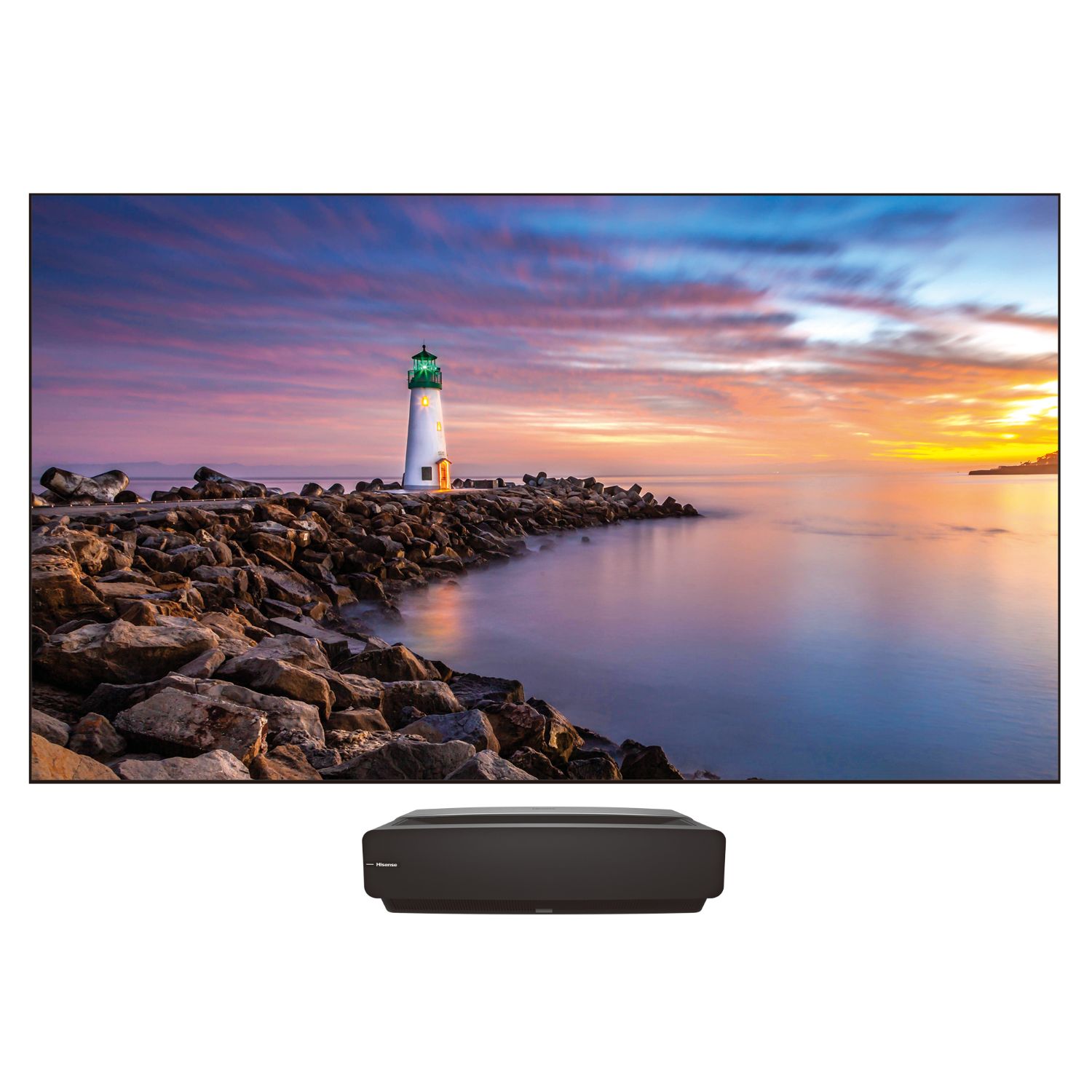 This is the 120" version which includes the 120" ALR Screen where the next lowest price from an authorized dealer is $4,999

Add Comment
Reply
in 4K TVs (8) Get BuyDig Coupons
If you purchase something through a post on our site, Slickdeals may get a small share of the sale.

Those last 20" are actually a 44% bigger tv, lol. Shouldn't have slept through those middle school math classes.
http://www.displaywars.com/100-in...-inch-16x9


Visual Comparison for everybody.


Here is an overview of my "research" into these. These have been on my radar since a bit before vava came out with their first model.

The screen size goes from unwieldy to comical.

-Id bet most of the issues in regards to the screen assembly are because people have a clear wall but dont have enough space or room to assemble or move a screen this size.

-Also the size likely means it's a multi person project because it involves keeping tension between the material and the frame.

-This particular alr material is expensive because it's cutting edge stuff and AFAIK used specifically for this. Unless im completely mistaken $600 of standard throw pj ALR is not comparable to $600 of this UST ALR material.

-The angles involved are different for a ust because the light comes from a different direction. A UST projects a laser based trapezoid image upward at an acute angle and processes it until it unfolds and resolves into a rectangular 4k image. The "unfolding" takes time which leads to *higher input lag;(*edit, accidentally wrote *lower input lag) A standard projector "just" magnifies an image which is faster, despite using zillions of mirrors to do it.

The geometry and angles involved in ust projecting and reflecting light makes these screens look like they are TVs....hence the name laserTV.

From what i understand, A normal standard throw ALR screen is supposed to look good but still not as good as a UST ALR screen. Less loss of light due to distance and high quality of laser light source means these can make the image "pop"

They are probably great for movies, but less so for games.

The input lag for most USTs is over 80ms due to all the processing involved with taking an image source about as wide as you hand unfold into a 100" image from a few inches away.

For gaming, 80ms may be tolerable but it will definitely be less fun. Bad input lag on a pj feels like bad cloud gaming.

As of Nov last year i couldn't find many examples of USTs online that reliably tested below 50ms for input lag. And those that did had been screwed with via firmware and jailbreaking etc. So not out of the box and not easy.

Despite really wanting one of these, for my use case of 80% games these still aren't "good" enough lol

I opted for (found a 1 off slickdeal) an optoma uhd50x. Benq and epson were more than i wanted to pay for my use case lol

Without gaming mode turned on i think the input lag is over 60ms but less than 100ms. So right in the 80ms range of the USTs and for me that wasn't good enough.

Games ARE 100% still playable but darksouls style games are even more punishing because the fine tuned precision needed to survive just isn't there.

With a game like borderlands 3 with gaming mode on it's playable and it feels normal. With it turned off it feels like I'm playing on a laggy server. It's still doable but it's just not nearly as enjoyable.

Also in terms of lag and the scale of the screen, I feel like worse lag is directly magnified because you can now see everything and it's just NOT responding when you want.

Tldr
do your research about assembling the screen.
Make sure this fits your usage. Gaming vs movies

It's probably phenomenal for movies, but less so for gaming.

This is still cutting edge, if not bleeding edge tech. It's probably gonna have kinks for a few more years. It's not right for me now because of lag, but in the near future it will be and I will buy one.


Gaming and movies on an ultra large screen at home are an amazing experience, even if it's not with a UST ALR combo

0
Reply
This comment has been rated as unhelpful by Slickdeals users
Joined Nov 2012
L2: Beginner
28 Posts
10 Reputation
05-01-2021 at 08:30 AM #8
ive read screen assembly on the 100" is a pain in the ass. anyone know if this issue has been rectified with the 120" model? ive been wanting an UST 4k laser projector for some time... im also curious how it would do on a white wall, in case i want to take it with me somewhere temporarily.