A powerful and moving teen graphic novel memoir about immigration, belonging, and how arts can save a life—perfect for fans of American Born Chinese and Hey, Kiddo.

For as long as she can remember, it's been Robin and her mom against the world. Growing up as the only child of a single mother in Seoul, Korea, wasn't always easy, but it has bonded them fiercely together.

So when a vacation to visit friends in Huntsville, Alabama, unexpectedly becomes a permanent relocation—following her mother's announcement that she's getting married—Robin is devastated.

Overnight, her life changes. She is dropped into a new school where she doesn't understand the language and struggles to keep up. She is completely cut off from her friends in Seoul and has no access to her beloved comics. At home, she doesn't fit in with her new stepfamily, and worst of all, she is furious with the one person she is closest to—her mother.

Then one day Robin's mother enrolls her in a local comic drawing class, which opens the window to a future Robin could never have imagined.

This nonfiction graphic novel with four starred reviews is an excellent choice for teens and also accelerated tween readers, both for independent reading and units on immigration, memoirs, and the search for identity. 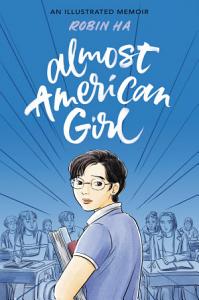 megakimcheelove | Staff posted this deal. Say thanks!
Add Comment
Reply
Created 05-05-2021 at 07:22 AM by megakimcheelove | Staff
in Books & Magazines (6)
If you purchase something through a post on our site, Slickdeals may get a small share of the sale.
Deal
Score +5
3,738 Views
See Deal
About the OP
Send Message
Deal Editor
Anywhere with an aperitivo Joined Nov 2008 Slickdeals Editor Alternative Fact <> Truth
21,232 Reputation Points
1,189 Deals Posted
1,905 Votes Submitted
7,766 Comments Posted
Don't have Amazon Prime? Students can get a free 6-Month Amazon Prime trial with free 2-day shipping, unlimited video streaming & more. If you're not a student, there's also a free 1-Month Amazon Prime trial available.

The Planets: Photographs from the Archives of NASA (Kindle eBook) $2.99 via Amazon
$2.99
7 0
Frontpage Deal