Slickdeals Forums Deal Talk (2) HP Pavilion Gaming Desktops with Ryzen 5 5600G and RTX 3060 for $918.00 each or $889.00 each with Working Advantage $1884.15
Advanced Search
Sorry, this deal has expired. Get notified of deals like this in the future. Add Deal Alert for this Item
Frontpage Deal

Thanks community member Gorman01 for sharing this deal 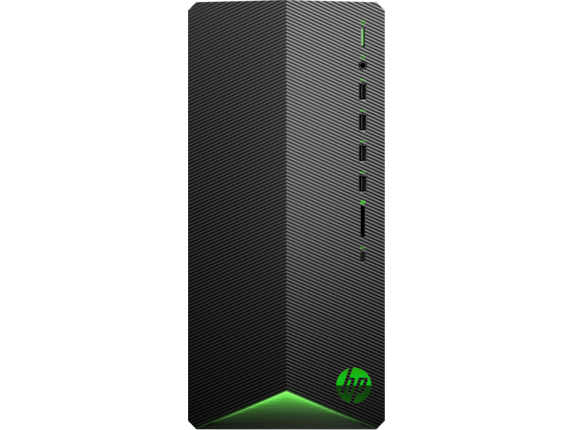 Gorman01 posted this deal. Say thanks!

I was going to post this yesterday, but got tied up, and also know the peanut gallery will thumb it down (which I don't care). Hopefully it helps someone who needs parts for a build or just a couple cheap pc's.
NOTE: It only works with 2 PC's in cart.

Add an identical PC (so you have 2 in cart).


If you have working advantage discount, it will be the lower price. I ended up getting mine for $940.00 each OTD (6% sales tax here in PA).

I think its an awesome deal because it has the Ryzen Zen 3 5600G which wont be available for public purchase I think until Aug.

Add Comment
Reply
in Desktop Computers (5) Get HP Coupons
If you purchase something through a post on our site, Slickdeals may get a small share of the sale.

5GAMER2021 code is $968.99 for 1 PC
Sure, but you don't have these products TODAY. You're not considering there's at least a month or more of time decay on this.

After eBay fees (13% listing + payment process) and shipping of each item ($20 GPU, $10 for CPU - both insured and signature, unless you want to get scammed), you're right that these two items would "pay" for the computer.

But you're left with what? $100-120ish for each unit, made up of proprietary HP garbage parts.

You guys do you. But for me, making maybe $200 or so after a month's time, is not worth it. Let alone the hassle of dealing with parting this all out, the eBay fraud/scammers, and time investment, it's just not worth it - to me. But you do you.

For those that need a system and will use this, it's a solid offering for that person and a buddy, family member, friend, etc.
They charge immediately.

0
Reply
This comment has been rated as unhelpful by Slickdeals users
Joined Aug 2014
L5: Journeyman
554 Posts
103 Reputation
06-02-2021 at 09:17 PM #4
1685 total for me. After taxes n everything. I used my education account which seems to have helped the same way the working advantage does. Says it'll ship July 1st, but I've heard HP is prone to pushing back those dates.

Yeah...HP is def hit or miss with shipping dates (the date basically means nothing to them....LOL). The way I look at it, it's worth the wait for me, because the APU and GPU are as close to msrp as it gets right now. Plus the Ryzen 5 5600G with a 3060 will be a very good combo in a custom build!

06-03-2021 at 07:10 AM #15
the new APU could potentially be a cost cutting move where they can reduce the product stack for SIs (and hopefully eventually to consumers) who can choose to either sell a system with just the APU or along with a GPU. assuming adding the integrated graphics doesn't cost that much for AMD, they'll have economy of scale by just selling 5600G instead of also introducing 5600 without igpu. or maybe they'll later release a 5600 for cheaper than this 5600G, who knows. speculative, of course.

by keeping it simple, AMD can compete with Intel on both everyday desktops (think i5 desktops without dgpu) or gaming desktops like this one.