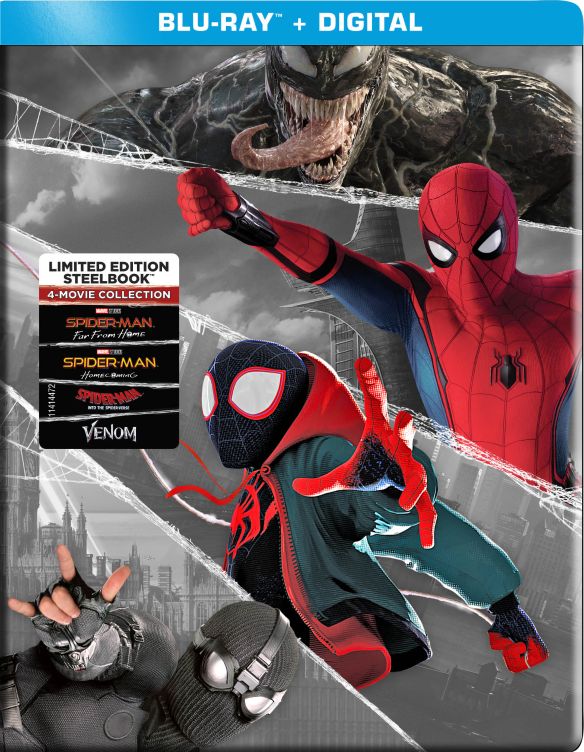 Wondering the same thing? Anyone know?

Purchased locally and it redeems in HD. Too bad because I suspect the streaming 4k HDR would have looked better on my LG CX OLED. The Dolby ATMOS sound probably would have been better through my Denon sound system as well.
FYI, I redeemed on Movies Anywhere and checked it out in ios. HD on both.
Should have known better but it's fine my kids will watch all of these on their iPads etc.

Is that an unpopular opinion? Everyone I know thought it was crap, a waste of Tom Hardy...28% on Rotten Tomatoes, but I see now audience score was 81%- wow, really? I guess it is the unpopular option.

1
Reply
Last edited by greener June 7, 2021 at 02:24 AM.
This comment has been rated as unhelpful by Slickdeals users
Joined Jan 2019
L5: Journeyman
1,449 Posts
518 Reputation
06-07-2021 at 02:40 AM #8
Excellent deal... For 3/4 of the movies. Unpopular opinion: I really did not enjoy Venom overall. I held out little hope for the quality of the movie after the trailers seemed like they were pieced together for a high school video project (don't believe me? go back and watch it real quick and just listen to the audio clippings that weren't even smoothed together). I love Tom Hardy. He is a beast of an actor. I love the Spider-Man movies. They are the best that have been made to do the characters justice. The Venom movie was a Sony born money-making scheme to capitalize on the popularity of the MCU and rewrote the character's entire nature just to try and turn a profit rather than do the story justice. Everyone cheered because the only thing we had to compare it to on the big screen was the character's appearance in Spider Man 3 (damnit, why Topher Grace?!). There were moments that it made me laugh but, overall, it was painful to watch and even worse to see get a sequel. At the end of the day, I'm pretty nerdy so, yes, I'm going to watch Venom 2 but my immediate though after watching that trailer was, "that looks terrible.... Yeah, I guess I'll watch it at some point". So, I guess Sony is getting what they wanted... I just can't get on board with the hype train surrounding the new Venom franchise. Just one opinion. I understand others really enjoyed the movie and that is fine. We are all entitled to our own opinions and I don't throw shade on anyone for getting enjoyment out of something. I just think it could have been so much more than it has turned out to be.
No matter your opinion, this deal is totally worth it for the other 3 movies alone. If you happen to enjoy Venom, this is fiery hot deal! Great post, OP!

2
Reply
This comment has been rated as unhelpful by Slickdeals users
Joined Mar 2018
L3: Novice
240 Posts
58 Reputation
06-07-2021 at 03:27 AM #11
Reviews show steelbook in pictures and the first image listed on Amazon advertises steelbook. If I didn't get a steelbook, I'd probably contact customer service for an exchange or discount.

Did you order from Amazon and receive a non-steelbook?