Thanks to community member Chewpers for finding this deal.
About this game: 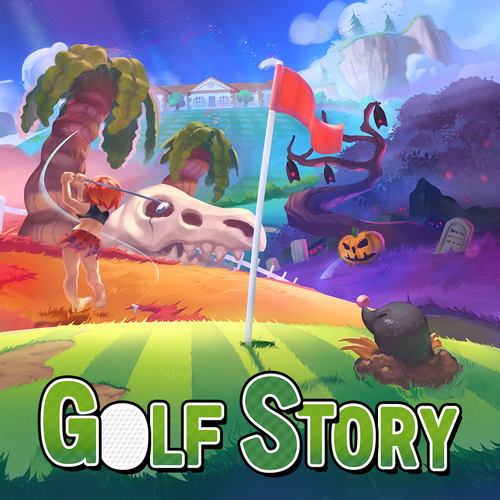 Chewpers posted this deal. Say thanks!

This matches the price of the previous Front page deal in April.

Add Comment
Reply
in Nintendo Switch (3) Get Nintendo Coupons
If you purchase something through a post on our site, Slickdeals may get a small share of the sale.

0
Reply
This comment has been rated as unhelpful by Slickdeals users
Joined Mar 2019
L5: Journeyman
730 Posts
138 Reputation
06-13-2021 at 06:25 PM #18
It was a backhanded notion of a humorous recommendation for "What the Golf" to people who would otherwise already be looking at golf-themed Switch games. The picture (as shown) is a crazy amalgam of dinosaur skeleton and Halloween graveyard merged somehow with golf.
I also once saw "World's End" instead of "This is the End" while both were in theaters. I enjoyed World's End (Simon Pegg) and later saw the awful "This is the End" (Seth Rogen) and am glad for the confusion. When others are subject to ambiguity or otherwise eligible for suggestion, I like to contribute from my experience. My opinion may not be popular (tons of critics panned "Star Wars" in '79), but they are not universal, and are intended as points of data for people who pay attention to such things, and an interesting point of data, since I obviously didn't know what to expect walking in. Many people (who haven't seen any trailers for this game) would be in a similar position. My suggestion is that they skip it and hit things golf-style with a different game that has similar striking-mechanics, but takes itself less seriously and requires neither grinding nor 50x attempting the exact same shot because it has to be juuuuuuuust so in order to get a collectible you don't actually require.
Certainly, to each their own.

2
Reply
This comment has been rated as unhelpful by Slickdeals users
Joined Dec 2013
L2: Beginner
69 Posts
26 Reputation
06-14-2021 at 07:37 AM #19
I got this on a previous deal based on comments. While the gameplay is pretty fun, the dialog was long and not very interesting, to the point that it took away from the overall experience a bit.

Just a heads up for those that aren't super patient with long, dull dialogue in games.

Golf story is more of an RPG with golf elements, I personally found the dialog hilarious but obviously not everyone will. The only thing I found monotonous was some of the quests/puzzles in the clubhouse. I played this game when it first came out so I don't remember the specifics but I remember having to look some things up. The golf mechanics were super rudimentary but I found it fun and I don't recall ever having to replay a course until the very last tournament.