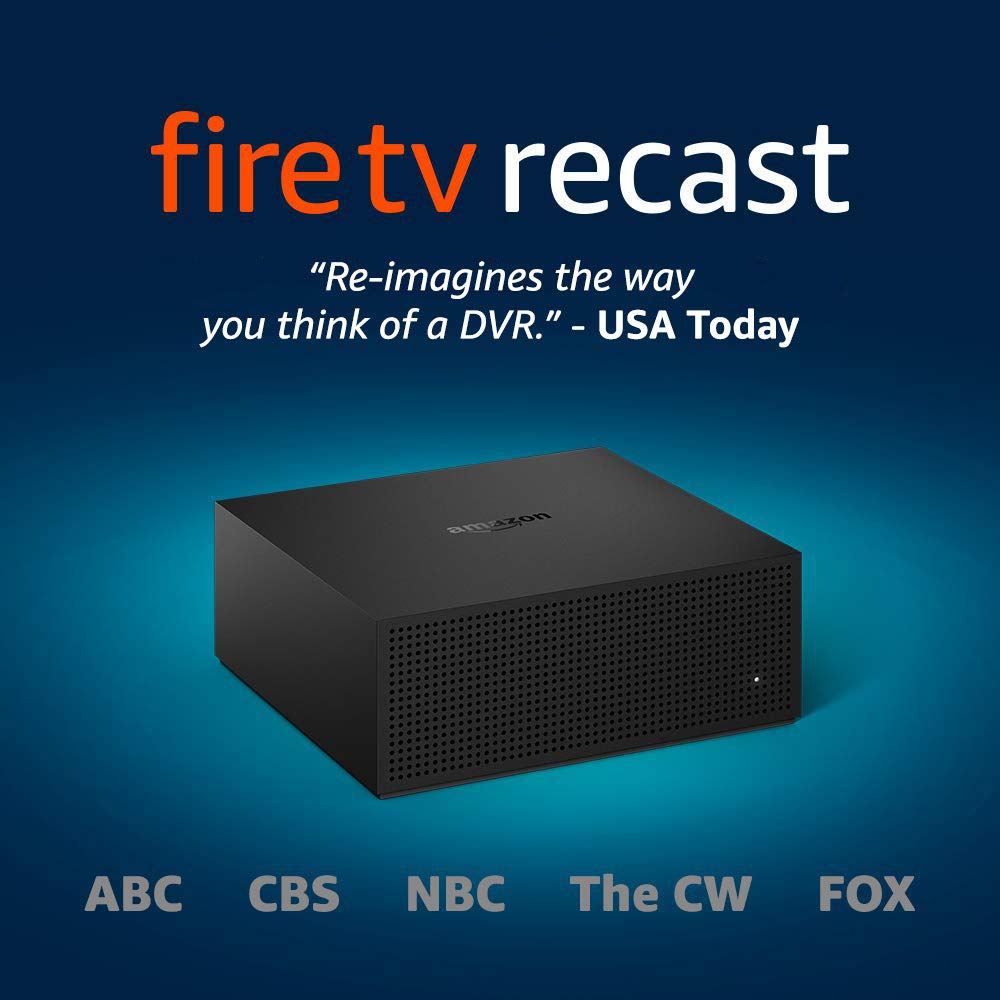 psu77 posted this deal. Say thanks!
Add Comment
Reply
in Media Players (9)
If you purchase something through a post on our site, Slickdeals may get a small share of the sale.

1
Reply
Last edited by ElectronicsAddict June 20, 2021 at 03:35 PM.
This comment has been rated as unhelpful by Slickdeals users
Joined Nov 2016
L5: Journeyman
802 Posts
89 Reputation
Our community has rated this post as helpful. If you agree, why not thank ?
06-20-2021 at 07:51 PM #4
I've had my 2 tuner recast since Black Friday and when it works I absolutely love it. However that's probably 50% of the time. You never know when it's going to "act up" and be completely unresponsive (while everything else on the mesh network is fine). Always seems to happen at the worst times. It does it less than it used to... it was a problem daily, but now it seems to happen about once or twice per week. Seems the more I use the device the better it does. I've also started rebooting it once a week which has helped. I would not buy this again though just based off of it not being reliable.

06-20-2021 at 08:17 PM #5
When you say everything else on the mesh works ok, does this mean you're running it over WiFi? Wondering if you've tried running an ethernet cable between it and your network switch/router? I've noticed devices connecting over WiFi are generally less reliable and sometimes only one or two devices will experience an issue requiring a power cycle of an AP everyone once in a while.

0
Reply
This comment has been rated as unhelpful by Slickdeals users
Joined Nov 2016
L5: Journeyman
802 Posts
89 Reputation
06-20-2021 at 08:33 PM #6
It actually performed worse when it was hard wired directly to my router, oddly enough. It is now in the attic streaming wirelessly but has full bars and a great signal. An example of a couple of problems is the preview of a channel works great when you are in the fire stick interface, but when you select the channel it streams for two or three seconds and then freezes. Other times it will just not connect at all (guide will see what's on but no channels will load). Normally a reboot fixes it, but it's a hassle to have to do all the time.

0
Reply
This comment has been rated as unhelpful by Slickdeals users
Joined Feb 2009
L4: Apprentice
328 Posts
130 Reputation
Our community has rated this post as helpful. If you agree, why not thank ?
06-20-2021 at 08:43 PM #7
Yeah, unreliable as hell. Needs to be hard reset or re-paired with the firestick every few days. I'm on my 4th, 3 previous were replaced by Amazon for being buggy and defective.

Just be aware of what you're in for.

06-20-2021 at 08:43 PM #8
Interesting, I hope that's not normal or they probably wouldn't be selling them for long. I'll keep this in mind though, have you tried getting a replacement through warranty to see if you just have a defective unit? Did it ever function correctly or been like this since day 1 or 3?

06-20-2021 at 08:46 PM #9
Thanks for the feedback, it's good to hear in case I start experiencing the same thing, can send it back. How long ago did you purchase it and is the 4th one ok now? Sometimes hardware revisions can make a difference if they had a problematic production run...

This comment has been rated as unhelpful by Slickdeals users
Joined Feb 2009
L4: Apprentice
328 Posts
130 Reputation
06-20-2021 at 09:36 PM #10
I'm on the 4th and not the 5th because from here on out I'll probably only get refurbs. In short, no, it's still buggy. It seems Amazon has no interest in fixing the bugs in these things, it's about finding a workaround now. I got it back in November. Swapped the first one when it become unresponsive (wouldn't take commands like "erase") within 30 days. Next one was the same. Swapped both the Recast and the 4k Firestick this time, trying to eliminate variables. 29 days later I'm swapping the Recast again. 30 days later I'm on number 4 and having to reset nightly to see recorded shows.

Now every 2-3 days I'm unpairing the recast and re-pairing it to see recorded shows and get deletes to take from that day. Knowing what I know now, I'd look for another option.

Sadly, the last software update made the thing even more unstable, and the new UI is god awful.

If I was smarter I'd have gotten a refund while I was able, but I'll suffer through until I find something better and more reliable, since I'm not the kind to throw away good money already spent.

06-20-2021 at 09:47 PM #11
Thanks, really appreciate the feedback. If I have any of these issues within the return window I will surely get a refund and try something like Tablo or AirTV Anywhere.

1
Reply
This comment has been rated as unhelpful by Slickdeals users
Joined Jun 2007
FreeBand Taliban
7,612 Posts
1,138 Reputation
06-20-2021 at 09:53 PM #12
Might as well hook these up to a smartplug for easy reboot. If you use the app to control recordings will have to be done a few times a week. Not a big deal 30 seconds. I don't have any other real issues but mine is hardwired to mesh.

06-20-2021 at 10:00 PM #13
Reading the reviews it seems like Amazon has abandoned this hardware. Seems like people still have issues and it's been out for several years with no new revisions.

0
Reply
This comment has been rated as unhelpful by Slickdeals users
Joined Jun 2007
FreeBand Taliban
7,612 Posts
1,138 Reputation
06-20-2021 at 10:07 PM #14
Yes but if you are looking for OTA DVR situation you really should try it out first. I stayed away for along time then finally bought last year and for the most part it's doing just fine ( hardwired not wireless , limited time on wireless and noticed some freezing right next to Router/mesh running great hardwired )

1
Reply
This comment has been rated as unhelpful by Slickdeals users
Joined Nov 2010
L10: Grand Master
8,432 Posts
2,436 Reputation
06-20-2021 at 11:57 PM #15
SD Flex 4k Tuner, 4K OTA antenna, and a Plex subscription and you have something stable that will work anywhere in the world every time as long as you got a internet connection. It will also work with just about any device, if your in a 3.0 area you need devices that support 4k OTA 3.0 sound decoding so need brand new devices for that but thats a minor concern.

For recording and DVR functionality a NAS with plenty of storage is recommended but there are other cheaper and easier options. Link below:

You guys are welcome, this work 99.9% of the time as long as you got good internet.

9 of the Greatest Price Mistakes of All Time

10 Tech Products You Should Only Ever Buy On Sale

Deathloop Pre-Order Deals: Get it for $51.79 on PC
Copy Code & Open Site More Deals from
Did this coupon
work for you?
Copy
Link Copied to Clipboard