Slickdeals Forums Deal Talk Intel Core i7-10700KA (same as the 10700K) 8-Core Desktop Processor for $249.99
Advanced Search
Sorry, this deal has expired. Get notified of deals like this in the future. Add Deal Alert for this Item
Forum Thread 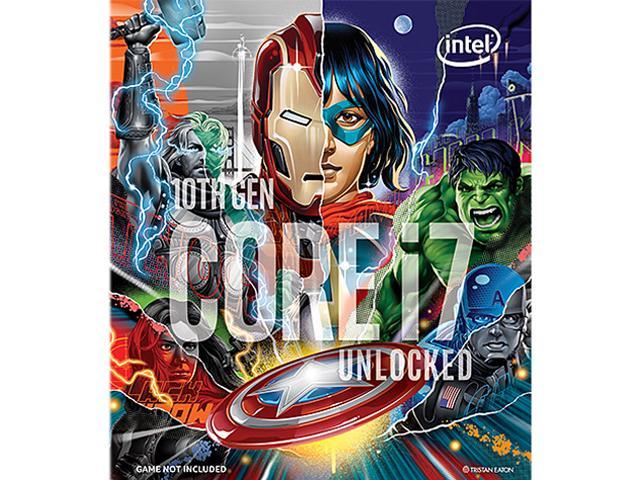 lovemydeal posted this deal. Say thanks!
Add Comment
Reply
in CPUs (4)
If you purchase something through a post on our site, Slickdeals may get a small share of the sale.

2
Reply
This comment has been rated as unhelpful by Slickdeals users
Joined May 2020
L3: Novice
258 Posts
667 Reputation
Original Poster
Pro

0
Reply
This comment has been rated as unhelpful by Slickdeals users
Joined May 2020
L3: Novice
258 Posts
667 Reputation
Original Poster
Pro

06-28-2021 at 09:01 AM #6
From what I can tell the numbers on that site are the the result of them running their own benchmarks. It looks to me like they took one 10700K and one 10700KA and ran the benchmarks, then compared results. The differences can be easily explained as due to chip variation. Two chips from the same wafer will have slightly different results due to small differences in the manufacturing process. It's very hard to keep conditions uniform over an entire wafer during the many steps it takes to manufacture chips. Even the substrates may have small defects which affect speed.

If you really wanted to see if there were any differences, you would take many 100700K and 10700KA CPUs, and then average the results. It doesn't look like this was done. Don't draw a bad conclusion from limited data.

BTW, the laughing emoji is retarded.

This comment has been rated as unhelpful by Slickdeals users
Joined May 2020
L3: Novice
258 Posts
667 Reputation
Original Poster
Pro

The Sandman by Neil Gaiman Audiobook FREE on Audible
13 • 40

Razer is Aiming to Make Everyone a Keyboard Enthusiast with its Newest Accessories
Copy Code & Open Site More Deals from
Did this coupon
work for you?
Copy
Link Copied to Clipboard