Kindle History eBook 3 Book set: The American Experiment: The Vineyard of Liberty, The Workshop of Democracy, & The Crosswinds of Freedom by James MacGregor Burns - $2.99 - Amazon

megakimcheelove
0 Deal Score
1,260 Views
Amazon has the Kindle edition of The American Experiment: The Vineyard of Liberty, The Workshop of Democracy, and The Crosswinds of Freedom by James MacGregor Burns for $2.99


The Pulitzer Prize–winning author's stunning trilogy of American history, spanning the birth of the Constitution to the final days of the Cold War.


In these three volumes, Pulitzer Prize– and National Book Award–winner James MacGregor Burns chronicles with depth and narrative panache the most significant cultural, economic, and political events of American history. In The Vineyard of Liberty, he combines the color and texture of early American life with meticulous scholarship. Focusing on the tensions leading up to the Civil War, Burns brilliantly shows how Americans became divided over the meaning of Liberty.

In The Workshop of Democracy, Burns explores more than a half-century of dramatic growth and transformation of the American landscape, through the addition of dozens of new states, the shattering tragedy of the First World War, the explosion of industry, and, in the end, the emergence of the United States as a new global power.

And in The Crosswinds of Freedom, Burns offers an articulate and incisive examination of the US during its rise to become the world's sole superpower—through the Great Depression, the Second World War, the Cold War, and the rapid pace of technological change that gave rise to the "American Century." 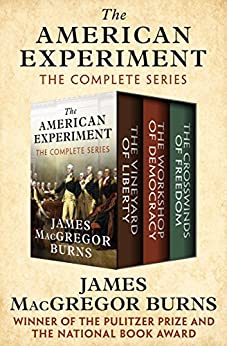 megakimcheelove posted this deal. Say thanks!
Add Comment
Reply
Created 07-22-2021 at 07:44 AM by megakimcheelove
in Books (3)
If you purchase something through a post on our site, Slickdeals may get a small share of the sale.
Deal
Score 0
1,260 Views
$2.99
See Deal
About the OP
Send Message
Pro Staff Deal Editor
Anywhere with an aperitivo Joined Nov 2008 Slickdeals Editor Alternative Fact <> Truth
21,181 Reputation Points
1,188 Deals Posted
1,718 Votes Submitted
6,914 Comments Posted
Don't have Amazon Prime? Students can get a free 6-Month Amazon Prime trial with free 2-day shipping, unlimited video streaming & more. If you're not a student, there's also a free 1-Month Amazon Prime trial available.

The Dance of Anger: A Woman's Guide to Changing the Patterns of Intimate Relationships (Kindle eBook) $1.99
$1.99
5 0

Small Multi-Function Sofas With Features You Have to See
Copy Code & Open Site More Deals from
Did this coupon
work for you?
Copy
Link Copied to Clipboard