Slickdeals Forums Deal Talk A Hat In Time (Nintendo Switch) $20 + Free Curbside Pickup
Advanced Search
Sorry, this deal has expired. Get notified of deals like this in the future. Add Deal Alert for this Item
Frontpage Deal

Written by
Additional Note
No Longer Available:
Best Buy has A Hat In Time (Nintendo Switch) on sale for $19.99. Select free curbside pickup where stock permits, otherwise shipping is free on orders $35+. 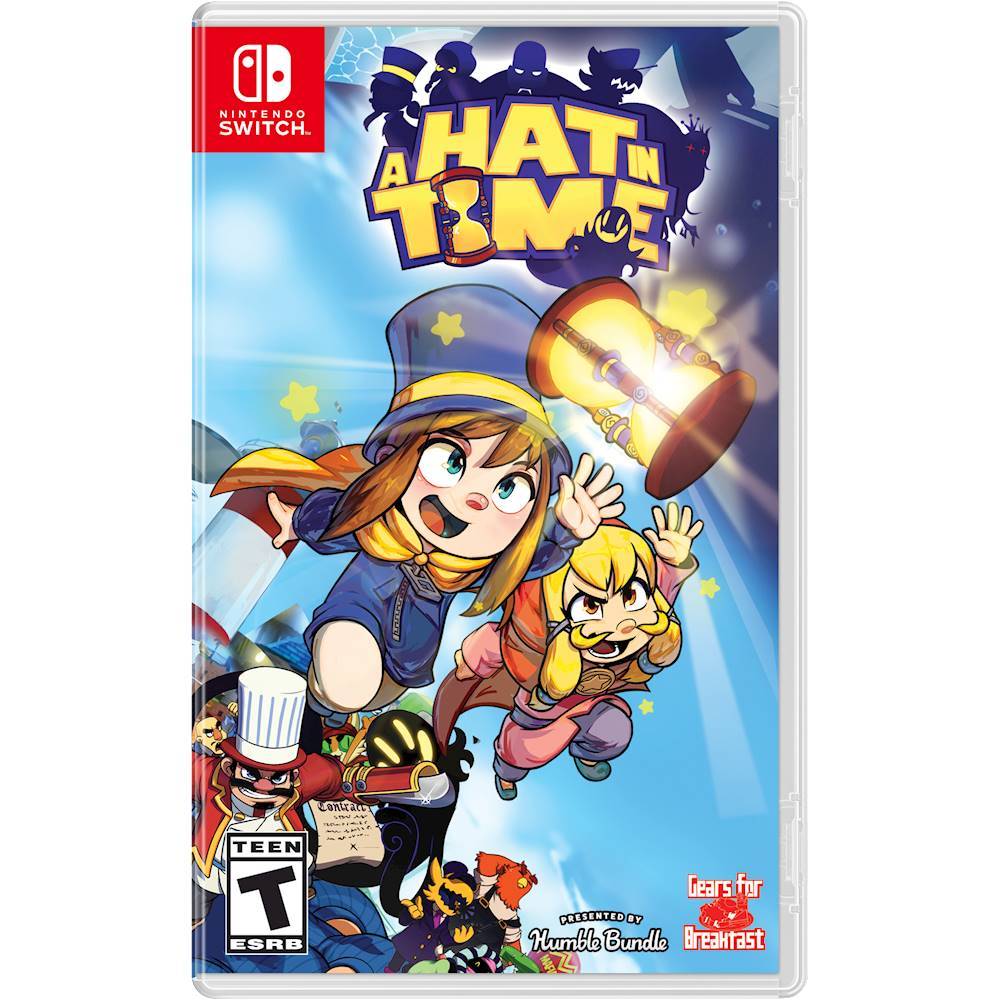 Written by Edited August 10, 2021 at 01:43 PM by
For those interested, both Best Buy and Gamestop have this game on sale for $19.99. Select store pickup to save on shippingReviews [metacritic.com]
Add Comment
Reply
in Nintendo Switch (4)
If you purchase something through a post on our site, Slickdeals may get a small share of the sale.

Wanted to love this game, but just couldn't get into it. Played for 2-3 hours, but nothing made me want to come back to it.
Has this game been patched for better performance?

0
Reply
This comment has been rated as unhelpful by Slickdeals users
Joined Mar 2020
L3: Novice
149 Posts
38 Reputation
07-23-2021 at 03:34 PM #8
Picked one up in store at GameStop. Thanks! Think they might have FINALLY stopped the BS where they open their "new" games. Last couple new games I got there were sealed.

07-23-2021 at 08:04 PM #11
I can't say for sure what the frame rate or resolution was, but I played through on the switch maybe 9 months ago, plus the DLCs. Most of my playtime was while docked and I don't recall ever noticing the framerate or resolution.

In contrast, I found the graphics in Wolfenstein Youngblood to be a major deterrent for the game, with varying performance even making me feel nauseous in areas with a lot of enemies. I say that to establish a baseline showing that I am not just totally oblivious to graphics shortcomings.

A Hat in Time has an older graphics feel. You'll notice polygons. The graphics are closer to the norm for early xbox360/ps3 titles than those of current gen. It took me some time to get past that and enjoy the game for what it is: an adventure with excellent controls, some clever humor, and wholesome feel-good storylines and characters. In retrospect, I think the introductory area, baddies, and antagonist were not the best choice to really capture a player's attention, particularly a player with no idea what type of game they're getting into. I started to get really hooked on the 2nd or 3rd world.

Google Pay $5 back with Next Contactless Payment
6 • 8