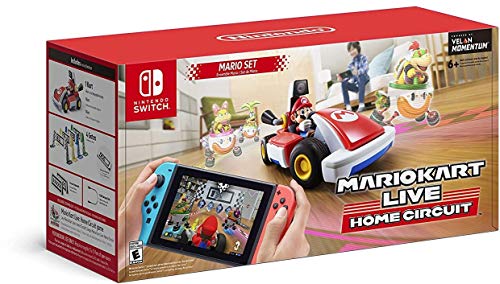 BBQchicken posted this deal. Say thanks!
Add Comment
Reply
Created 07-26-2021 at 02:57 AM by BBQchicken
in Free Shipping (5)
If you purchase something through a post on our site, Slickdeals may get a small share of the sale.
Deal
Score +10
6,526 Views
$75.00
See Deal
About the OP
Send Message
Pro Staff Deal Hunter
Joined Jul 2011 Slickdeals Staff Deal Hunter
8,451 Reputation Points
765 Deals Posted
738 Votes Submitted
852 Comments Posted
Don't have Amazon Prime? Students can get a free 6-Month Amazon Prime trial with free 2-day shipping, unlimited video streaming & more. If you're not a student, there's also a free 1-Month Amazon Prime trial available.

This comment has been rated as unhelpful by Slickdeals users
Joined Jan 2007
L5: Journeyman
600 Posts
138 Reputation
07-26-2021 at 06:55 AM #2
Are these actually selling? They seem really neat, but they also seem gimmicky, like I'd be done with them after a few hours. It also seems like it really needs wood floors to work. The price-point is really high, similar to the Labo I think at 50% off they seem pretty compelling, but at MSRP, it's just more than I'm willing to pay for novelty.

0
Reply
This comment has been rated as unhelpful by Slickdeals users
Joined Sep 2012
L3: Novice
195 Posts
65 Reputation
07-26-2021 at 07:27 AM #3
Works well on carpet, hardware floors, and even gets over the transitions between rooms where I have the little piece of trim between hardwood and carpet. Battery life is really good. Kids LOVE this thing. Kids of all ages, even those that aren't quite old enough to figure out the steering or how the racing actually works are still entertained by trying to drive the car around or by just watching other kids drive it around. I have brought a Mario and Luigi car over to several friends' houses that have kids and it has kept the kids occupied for 3-4 hours solid in almost every case which allowed us to catch up and talk to our friends with minimal distractions.

As usual, Nintendo did a really poor job of advertising this product or I think it'd be a top seller among switch accessories if not kids toys in general. There is one major downside:
You must have one (1) Nintendo Switch console per car. The car and the Nintendo switch are attached using a direct wifi connection meaning that only one car per console is supported and while you play the game your Switch console is actually disconnected from the internet and using wifi for the local connection to the car.

That caveat aside, it's an awesome toy. Also should be noted that it works better with the Switch in handheld mode than it does in the dock due to the direct wifi connection. The dock seems to disrupt the signal enough to make it unplayable if you get too far away from the dock. The nice thing about handheld mode is the kids can kind of follow the car around to some extent to keep a solid connection, though just sitting or standing anywhere in the same or next room has given a good enough connection to play.

If anyone has any questions let me know and I'll try to keep an eye on the thread. I purchased a Mario and Luigi set last time they were close to this price and I ultimately gifted them both to friends' kids because they'll get a lot more replay value out of it than I will at home, but it was really fun to play with for a few hours by myself as an adult too and it provided a couple hours of distraction and exercise for my lazy kitty too!

0
Reply
This comment has been rated as unhelpful by Slickdeals users
Joined Nov 2017
L3: Novice
144 Posts
46 Reputation
07-26-2021 at 10:20 AM #5
Entertained my nephew for like a day. Now all the cardboard pieces are lost. Could probably print new copies though.

0
Reply
This comment has been rated as unhelpful by Slickdeals users
Joined Nov 2012
L9: Master
4,144 Posts
296 Reputation
07-26-2021 at 10:54 AM #6
I would rather have had some new Mario Kart 8 dlc beyond what was released back on the Wii U, then Mario Kart 9 on the Switch successor which I imagine will be here in a couple years.

0
Reply
This comment has been rated as unhelpful by Slickdeals users
Joined Dec 2015
L7: Teacher
2,056 Posts
540 Reputation
07-26-2021 at 11:53 AM #7
Be careful I think somebody mentioned it can't combine? Maybe somebody else can comment on that but somehow it's designed solo play.

Honestly great idea but the thought of paying $75 for what amounts to a cheap remote control car is offensive to me. I get that it's using mario characters and I don't mind a little rise in price but this seems to be a really cheap toy sold for the brand name. Reminds me of the game inside mario odyssey where we had to control the mini racing game. I really like it but my thoughts are that I could get a super expensive remote control car for $75 for my kids. It might not be mario but for $75.. I think I can find products that will give more. I personally feel $50 is more reasonable (MSRP). They likely recycled mario CGI for software development just bc it seems very simple in application.

Review: Achieve the Most Streamlined Home Office Ever With Dell's 24 Video Conferencing Monitor
Copy Code & Open Site More Deals from
Did this coupon
work for you?
Copy
Link Copied to Clipboard