Slickdeals Forums Deal Talk The Last of Us Part II (PS4/PS5) $20 + Free Store Pickup
Advanced Search
Sorry, this deal has expired. Get notified of deals like this in the future. Add Deal Alert for this Item
Frontpage Deal

The Last of Us Part II (PS4/PS5) EXPIRED

Thanks Deal Editor SlickDealio for sharing this deal

Best Buy also has The Last of Us Part II (PS4/PS5) on sale for $19.99. Select Free Store Pickup where stock permits, otherwise shipping is free on orders $35+. 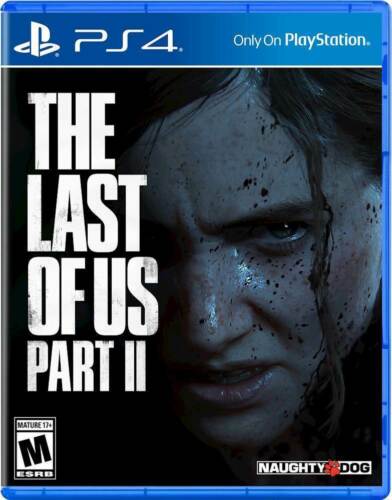 This comment has been rated as unhelpful by Slickdeals users
Joined Jan 2017
L2: Beginner
80 Posts
20 Reputation
08-08-2021 at 01:13 PM #46
Wait, I knew there was some anger over this game but I never really followed it. The whole pushback over this game was this?

Someone made a game that doesn't follow the hero story arc and instead kills everyone off and depicts ruined lives and that bothers you? A sex scene bothers you but some of the most realistic and close up violence in the history of gaming doesn't bother you? A trans character bothers you but realistically depicted interactive torture doesn't? This is what got everyone's panties in a wad? Really?!

3
Reply
This comment has been rated as unhelpful by Slickdeals users
Joined May 2013
L5: Journeyman
973 Posts
38 Reputation
08-08-2021 at 01:23 PM #49
Slickdeals is for whether the deal is good. Not what you care about it bc no one actually cares . We are looking for good deals here. Thanks!

2
Reply
This comment has been rated as unhelpful by Slickdeals users
Joined Jun 2013
L5: Journeyman
831 Posts
333 Reputation
08-08-2021 at 01:24 PM #50
Reason I bought a PS4 was because of TLOU remastered and was well worth even though all my xbox friends said the game was overhyped and not worth it. Was extremely excited for TLOU 2, however, it didn't live up to it. I just caught myself rushing through because I was already invested in it so I just wanted it to end instead of looking forward to what was next. Gaming is a place to escape from many things that are going on in the world or your life but not in this case imo. Don't have anything against any strong female characters in fact I like many movies or shows with them but this game just became TWOU instead of continuing a great storyline. Even some of my gay friends were unhappy with it.

Look man, there are only about 78 thousand video games release each year that let me play as a gruff-voiced, bearded white guy.

I'm just sick and tired of the literal less than 1% of games being SHOVED DOWN MY THROAT that feature FE-MALES, who are also white who have the audacity to hug and kiss in between all the gratuitous throat-slitting, face-blasting, stomach-stabbing murder rampages that I am FORCED TO PAY FOR at gunpoint!

Where am I supposed to turn if not my small internet support community of other bearded white men who were PERSONALLY ATTACKED by the creators of this game when they acknowledged that different thinking people exist in their fictional world!?!

I cannot be expected to think or act rationally in this scenario!

9
Reply
This comment has been rated as unhelpful by Slickdeals users
Joined Nov 2017
Deal lurking enthusiast
442 Posts
94 Reputation
08-08-2021 at 01:39 PM #52
I loved the game and don't have any strong feelings regarding both games other than I liked and 'get' them both.

As I stated on a previous deal thread:

Get it.
Play it.
Form your own opinion.

This comment has been rated as unhelpful by Slickdeals users
Joined Nov 2018
L2: Beginner
60 Posts
23 Reputation
08-08-2021 at 01:53 PM #53
TLOU 2 didn't sale as many copies as Uncharted 4, God of War or even Marvel's Spider-Man, even though it holds the record for most Game of the Year awards. This shows how it failed to live up to it's expectation from game fans and ps4 owners in general.

1
Reply
This comment has been rated as unhelpful by Slickdeals users
Joined Feb 2017
L8: Grand Teacher
3,671 Posts
959 Reputation
08-08-2021 at 02:16 PM #55
You can't compare an action/adventure horror survival to games like Uncharted 4, God Of War and Marvel's Spider-Man. Those games are much more popular to the mass and appeal to a wider range of audience. Don't forget that The Last Of Us 2 was released in June 2020 and Uncharted 4 (May 2016), God Of War (April 2018), Marvel Spider-Man (September 2018). Plus digital gaming is more popular now than 3-5 years ago so disc sales are going to be off. Lot of those games were released a few years before... What hurt the TLOU Part 2 retail disc sales is the haters who were blasting it without even playing because it didn't line up with their own "beliefs". Critics praised the game. Lot of user reviews on metacritic gave it a 0 or 1 out of 10 because there is a lesbian in it and they don't believe that is right. Lets be real here and they never even played it. If you think those 0 or 1 out of 10 scores are unbiased and legit on metacritc, you are out of your mind.

3
Reply
This comment has been rated as unhelpful by Slickdeals users
Joined Jun 2017
L4: Apprentice
462 Posts
26 Reputation
08-08-2021 at 02:41 PM #58
The game would have been descent if it included mulitplayer..bought it for $10 flipped it to gamestop for $20 and picked up MK11 ULT...that tells you how much i disliked this game...still rocking original LTOUS Multiplayer...