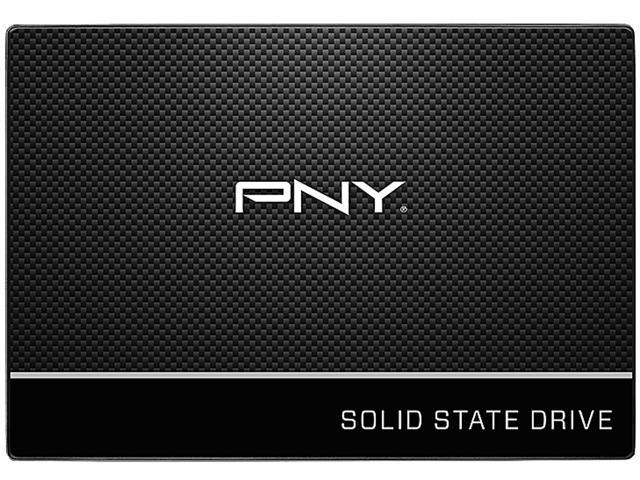 sr71 posted this deal. Say thanks!
Add Comment
Reply
in Solid State Drives (SSD) (8)
If you purchase something through a post on our site, Slickdeals may get a small share of the sale.

09-10-2021 at 01:22 PM #7
Team CX2 is dram-less so more for archival storage or mostly read only use cases. In other words, the same use cases where a hard drive would be just fine for much cheaper.

PNY Slashes SSD Endurance Rating By Up To 80 Percent Due To Chia Crypto Mining Mania [hothardware.com]

Not that I would recommend it at this price.

0
Reply
Last edited by WingsOfF September 10, 2021 at 02:19 PM.
This comment has been rated as unhelpful by Slickdeals users
Joined Sep 2007
L10: Grand Master
48,217 Posts
84,766 Reputation
Original Poster
Pro
Expert
09-10-2021 at 03:45 PM #11
being DRAM-less in and of itself doesn't make an SSD slow to that extent.
WD Blue and Crucial BX500 are other examples of perfectly fine SATA SSDs, DRAMless and fast. any latency penalty is in nano-seconds vs millisecs in an HDD

0
Reply
This comment has been rated as unhelpful by Slickdeals users
Joined Oct 2011
L6: Expert
1,953 Posts
299 Reputation
09-10-2021 at 05:51 PM #13
Honestly don't know but SSD's are so prevalent that most people are using them in rigs. From what I understand you need matching memory or virtual memory (paging file) for all of your VRAM, even if it isn't really being used. So I don't know how an HDD which may be running continuously or going to sleep works with that.

1. TLC Nands are very slow in writes compared to SLC Nands. If you have SLC based SSD, then direct SLC write without dynamic or static cache is fine. But direct TLC writes are not only significantly lower but also suffer from write amplification when you have small writes. This is in the noticeably slower difference range.

2. You can provide a dynamic cache (dram) to cache writes and aggregate writes to TLC Nand and make that difference disappear for all practical purposes and reduce write amplification. But this is an expensive solution, so most budget SSDs don't have this.

3. An intermediate solution is to provide an SLC cache with or without a DRAM. Which makes the SSD as fast as a SLC SSD but only when cache isn't full. Once the cache gets full, it falls back to TLC speeds as in 1 above. So small bursty read/writes are OK. But as soon as you get into sustained writes which can fill up the cache you have a noticeable slow down.

What this means is that DRAM-less SSDs with SLC cache are perfectly fine for things like boot disks and casual desktop use. But you don't typically need large capacity drives for that purpose.

When you go to 2TB range of capacity, the use cases are generally media or game data. If they are primarily reads, then hard drives are just fine as they are able to fill the buffers faster than you can process them. But if they involve writes which are typically sustained large data writes, then you suffer from the direct TLC writes and unpredictably so which in some gaming situations can affect performance (a constant read/write is sometimes more optimal than varying performance due to buffering decisions).

Some people have started to use high capacity SSDs for NAS. Dram-less ones can be problematic here because of the variability of write performance. Depending on the NAS configuration, the writes can be held down to the slowest device and so the performance can dramatically drop at times. This can get really bad in RAID rebuild situations.

So bottom line. For boot drives and small storage needs, dram-less but with SLC cache for TLC Nands is fine. If you have large storage requirements then either an SSD with dram or a HDD might be better options (latter for better value) depending on your use case. A plex server primarily streaming or a video player playing a stored movie, for example, won't show much if any difference between a HDD and a SSD and so the higher cost of an SSD isn't justified with or without DRAM.

This becomes a factor as the size of the SSDs go up like in the 2TB range.

Adidas Fall Sale: Up to 50% Off + Free Shipping for Members