Not trying to promote pre-order or anything. But if you need an M.2 NVMe and you're already planning on getting 2042, seems like a pretty good deal for $90 ($25 off MSRP).

The same WD SSD is already $75 MSRP (though you can obviously find better deals out there for a 500GB NVMe). So you're essentially getting the game for $15.

NOTE: Shipping on all of these is weeks out. The game code seems to be a physical item, in the box. So don't expect for this to get you early access to the beta (which should occur at the end of this month). But know that using the code is considered a pre-order.

Amazon (be sure to use smile.amazon):
https://www.amazon.com/WD_BLACK-500GB-SN750-Battlefield-Bundle/dp/B099GC4CRK [amazon.com] in stock soon 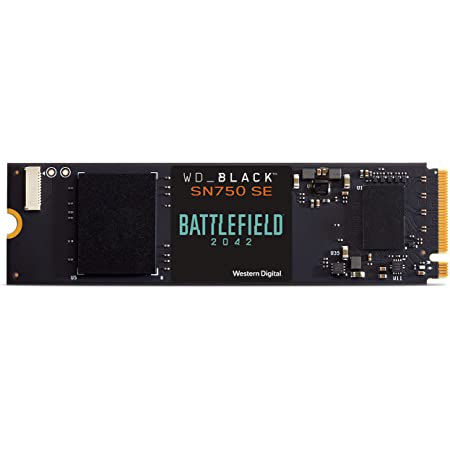 See Deal
Good deal?
You gave thanks to Zallador for this post.
Thank you!

Zallador posted this deal. Say thanks!
Add Comment
Reply
Created 09-14-2021 at 01:50 PM by Zallador
in Solid State Drives (SSD) (11)
If you purchase something through a post on our site, Slickdeals may get a small share of the sale.
Deal
Score +13
12,545 Views
$89.99
See Deal
About the OP
Send Message
Joined Apr 2018 L3: Novice
71 Reputation Points
6 Deals Posted
272 Votes Submitted
162 Comments Posted
Don't have Amazon Prime? Students can get a free 6-Month Amazon Prime trial with free 2-day shipping, unlimited video streaming & more. If you're not a student, there's also a free 1-Month Amazon Prime trial available.

P.S Game is Standard Edition which will most likely just include pre-order bonuses.

It doesn't include Year 1 Pass.

The "Year 1 Pass Pack" will give you access to the four Battle Passes that will occur take place in the 1st year of release.

If you do not buy the "Year 1 Pass Pack" you will still receive all new Maps, Vehicles, Guns and Specialists.

The "Year 1 Pass Pack" simply pre-purchases the 4 Battle Passes that will release in the 1st Year, once you have a Battle Pass purchased you will need to Rank up the Pass like most other games to unlock (premium cosmetics, Currency and other items).

Review: Achieve the Most Streamlined Home Office Ever With Dell's 24 Video Conferencing Monitor
Copy Code & Open Site More Deals from
Did this coupon
work for you?
Copy
Link Copied to Clipboard