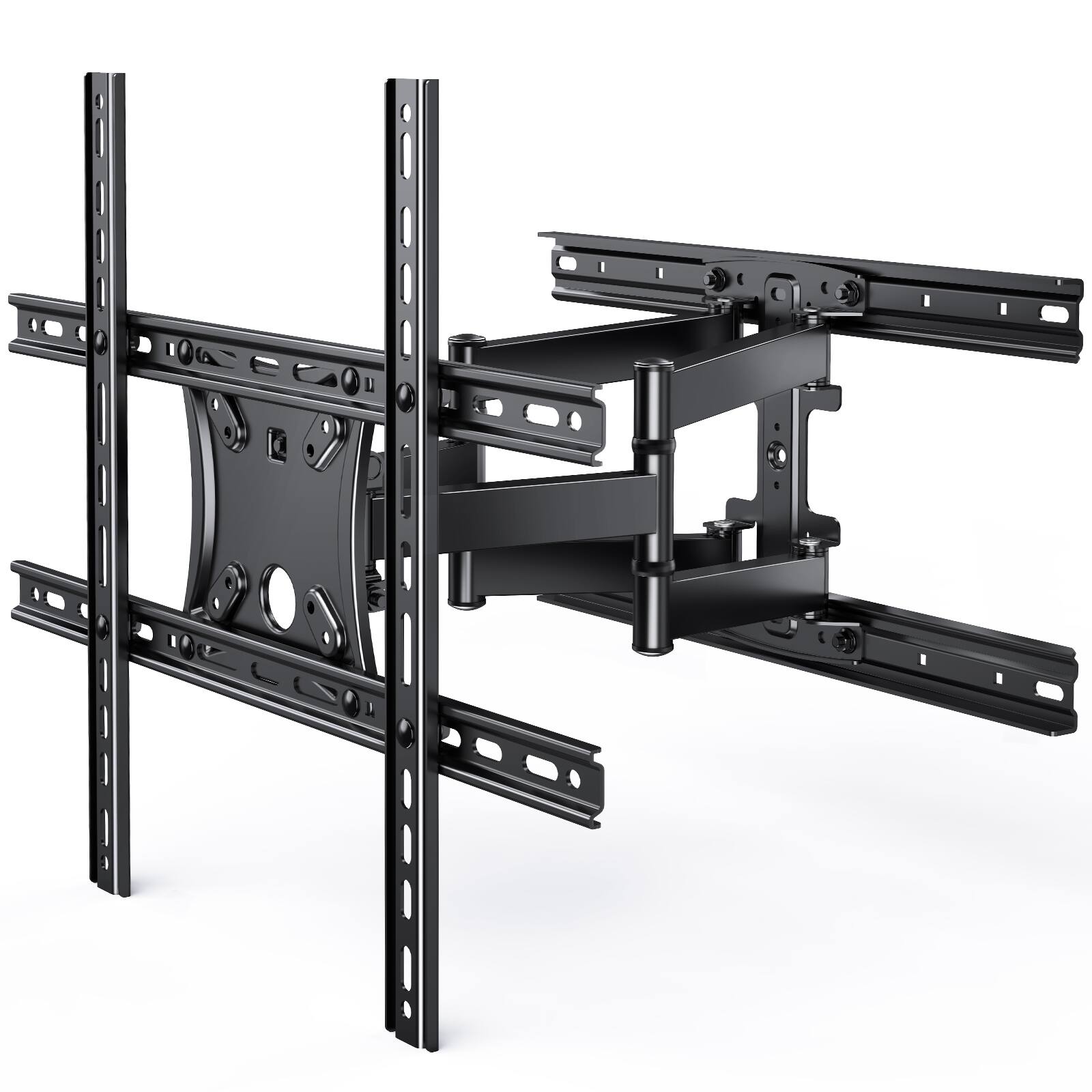 WakandaFlex26 posted this deal. Say thanks!
Add Comment
Reply
in TV Accessories (5)
If you purchase something through a post on our site, Slickdeals may get a small share of the sale.

0
Reply
This comment has been rated as unhelpful by Slickdeals users
Joined Dec 2008
I'd buy that for a dollar
1,537 Posts
532 Reputation
Pro

0
Reply
This comment has been rated as unhelpful by Slickdeals users
Joined Aug 2005
The UnFan
895 Posts
250 Reputation
09-25-2021 at 12:54 PM #5
I bought a larger full motion mount for a 65" tv from this brand on Amazon. Same quality as the Sanus brand one I also have (same style) but at half the price. Just make sure it's rated to hold the weight of your tv and you should be fine.

0
Reply
This comment has been rated as unhelpful by Slickdeals users
Joined Nov 2019
New User
3 Posts
10 Reputation
09-25-2021 at 12:56 PM #6
I have this already, holding up a 37 inch TV with a little bit of A/V stuff attached to the back, total weight maybe 25 pounds. It's pretty darn sturdy at that weight. It's not difficult at all to extend and angle the TV so that I can aim it at the kitchen 90 degrees off from its usual facing. It doesn't go anywhere near flush against the wall (maybe 4 inches away at its closest), but most mounts are about the same, and like I said I have stuff mounted in that gap.

I did not expect such a decent TV mount for the price, and this is the same sale price I caught last time. I wouldn't put an 80 pound TV on it and still move it around as much as I move my TV, but you could definitely put a huge TV that heavy on there and just leave it at the one unchanging angle you like without worrying.

Of course with any TV mount you're going to want to make sure you have enough good screws (the ones that come with it are fine, nice and chunky) sunk into adequate backing like studs.

0
Reply
This comment has been rated as unhelpful by Slickdeals users
Joined May 2007
L9: Master
5,759 Posts
521 Reputation
09-25-2021 at 01:26 PM #7
Keep in mind this is sold by third party (in this case from the manufacturer directly), not Walmart. It says free return but not sure if that means free return shipping. i doubt you can bring this back to walmart store since it is not sold by Walmart.

0
Reply
This comment has been rated as unhelpful by Slickdeals users
Joined Nov 2012
L2: Beginner
171 Posts
33 Reputation
09-25-2021 at 01:39 PM #8
If you are looking to have full motion (which includes up and down), a better option is "Mantel Mount". Ideal for mounting TV on top of fireplace!

0
Reply
This comment has been rated as unhelpful by Slickdeals users
Joined Aug 2018
L2: Beginner
51 Posts
18 Reputation
09-25-2021 at 04:53 PM #10
I bought this because the design looks more way sturdier than the others ~$20 products on Amazon and that I could confidently use it for larger heavier TVs. The only drawback is the slow and probably delay shipping.

How to Score This Season's Hottest Gaming Consoles
Copy Code & Open Site More Deals from
Did this coupon
work for you?
Copy
Link Copied to Clipboard