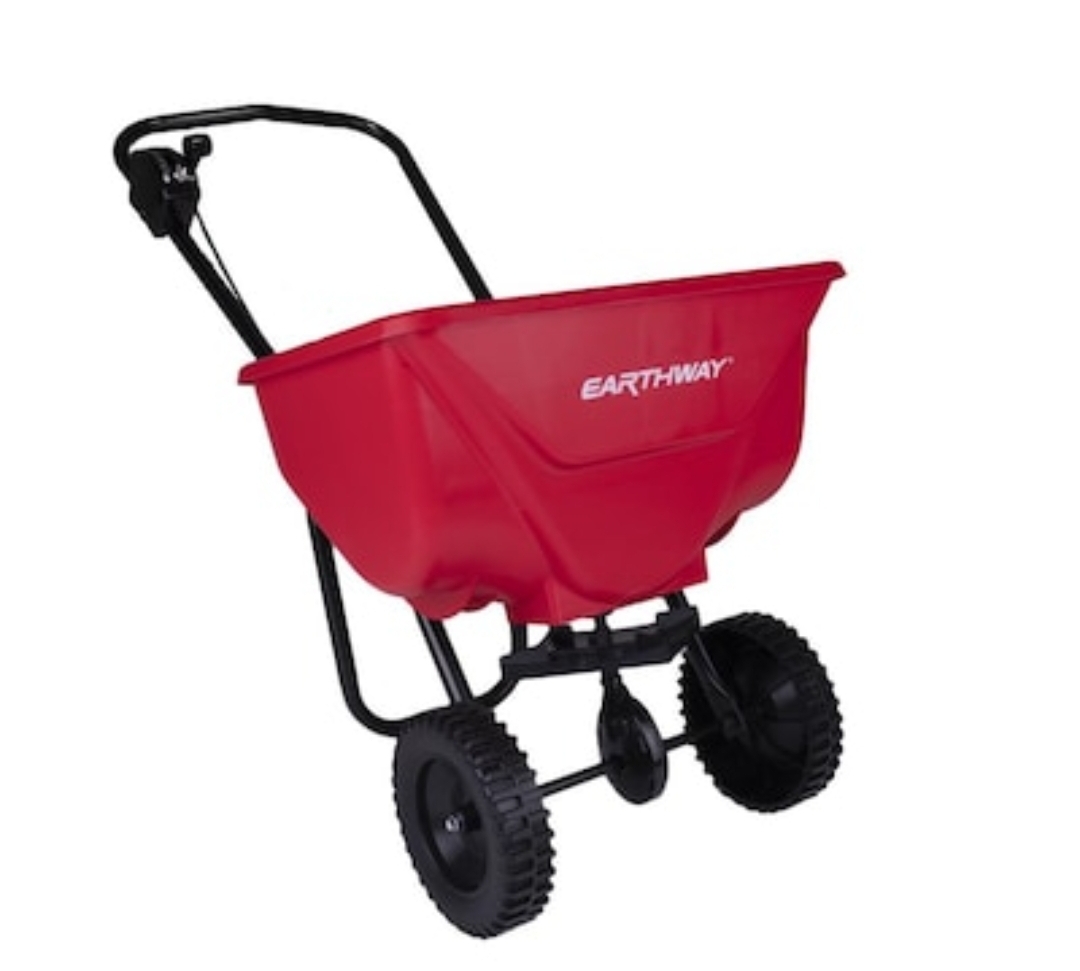 0
Reply
This comment has been rated as unhelpful by Slickdeals users
Joined Jan 2009
L6: Expert
1,444 Posts
660 Reputation
10-08-2021 at 07:26 AM #5
Pneumatic tire or solid rubber is always preferred. They works very well on wet grass. Some Home depot have a Scotts Elite on clearance recently, it could be as low as $26.

"Just bought this because paying $25 is much better than $61. DON'T FALL FOR IT! I know the fault is not with Lowe's, but this thing fell apart within the first 15 minutes of use! To clarify, one of the wheels fell off. Not like it was installed incorrectly, but because it broke. Within the first 4 minutes of use, I noticed that it kept stopping and would refuse to move any further. Backing up and starting again seemed to fix the issue, until the last time. I backed up and started back forward and the screw that held the wheel on fell off followed shortly by the wheel itself. Will be returning AS IS."

This comment has been rated as unhelpful by Slickdeals users
Joined Sep 2013
L5: Journeyman
619 Posts
95 Reputation
10-08-2021 at 08:14 AM #9
This seems to have the same issue as the scotts edgeguard mini, with the hollow plastic wheels. If there is any moisture, a ton of the product you are spreading ends up in the hollow wheel and sticks there.

Was hoping this could be a good replacement, but will pass.

0
Reply
This comment has been rated as unhelpful by Slickdeals users
Joined Aug 2005
L3: Novice
131 Posts
145 Reputation
10-09-2021 at 09:54 AM #14
I got this spreader in the spring when it was on "sale" for $50 and I'm happy with it. Used it a few times and I've had no issues with stripes like many people were complaining about with the cheaper Scott's spreaders. It also has a really cool feature where you can slide a lever on the bottom and it doesn't shoot material to the left side. Which is great for preventing overspray onto driveways, flower beds, etc. At this price it's a no brainier

0
Reply
This comment has been rated as unhelpful by Slickdeals users
Joined Dec 2015
L2: Beginner
69 Posts
309 Reputation
10-09-2021 at 10:27 AM #15
I bought this last weekend after my Scott's spreader broke in half just as I'd finished applying fertilizer, lime, and having the lawn aeration done.
I was so exhausted but had to get my seed out. Ran to Lowe's and all Scott's speaders were OOS.
I thought I'd scored a deal on this spreader. Easy to assemble, rolled great. The second I got my seed in this spreader, the left wheel locked up. It's complete junk! I tried everything and got it rolling for one pass, then it dumped half my seed and locked up again.
I lost more seed than this speader cost. Don't risk it. With only a few pounds of anything, the wheels lock. It rolls perfectly fine empty.

I returned it and got another Scott's spreader at a different store. Lowe's told me they're getting them all back with the same problem.