Note, must login to your account to purchase. Offer valid through October 27, 2021 or while promotion last.

Deal will require a PlayStation Plus accountSide Note: Not much on sale this week other than mostly reoccurring sale prices [playstation.com] 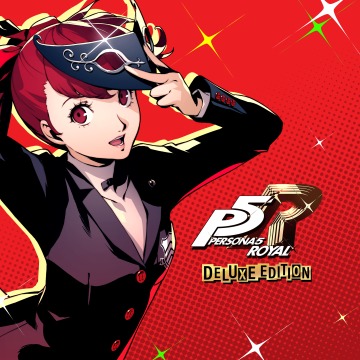 Discombobulated posted this deal. Say thanks!
Add Comment
Reply
Created 10-13-2021 at 02:18 AM by Discombobulated
in PS4 (12) Get Playstation Store Coupons
If you purchase something through a post on our site, Slickdeals may get a small share of the sale.
Deal
Score +18
14,549 Views
See Deal
About the OP
Send Message
Pro Staff Deal Editor
SoCal Joined Dec 2005 Slickdeals Editor 🌕 TO THE MOON 🚀
185,484 Reputation Points
12,577 Deals Posted
8,833 Votes Submitted
31,571 Comments Posted

Want more deals like this? Create a deal alert for PS4.
Add Deal Alert for PS4

Persona 5 Royal is one of the best rpgs ever made.

Hope they repeat both for BF.

10-13-2021 at 11:54 PM #6
Just throwing my two, filthy cents here. I know people are rabid about Persona 5, Atlus has certainly noticed, and many may consider my opinion total haram. To be super honest, I would only recommend Persona 5 for newbies to jrpgs or newbies to Shin Megami Tensei.

Persona 5 is a notable entry in the Megami Tensei franchise because it is the return to Megami Tensei roots with actual demons, talking to them (hoo boy), and also the return of the Nuclear, Psych, etc spell typings. A very pleasant surprise for veterans to be sure, but that's where the elation stops.

Persona 5's "dungeon crawling" is extremely lackluster as far as the entire series. I'm pretty sure Atlus was aware of this during development and shoehorned in Mementos to pad the game like a super model padding her bra before going on stage. Most of the game is spent going to smoothie stands on Sunday or going to school to make yourself a better husbando. Trust me, you want to take the school content seriously if you want to play efficiently. I really hate the non-dungeon gameplay and as with all of the Persona games since 3, the pacing is very frustrating. I don't care about goofy Valentines scenes, just proceed with the plot!

The story itself is extremely cringey anime. I kinda felt like i've seen enough of that in my lifetime, but during the scene in which the protagonists are consoling one of the team mates and blaming adults for all of the woes in the world I realized "holy shit this game isnt going to get better, isn't it?" (Iirc, it's before the Akechi spoiler?) And that's really what people love about these recent Persona games. People love that cringey, modern anime tropes where everyone hails fRiEnDsHiP, where they can date their highschool teacher dressed in a maid costume meowing like a cat, they love the Meguro music (ok i dont blame them here), they love idolizing the teenaged girl characters, they love the simplified megami tensei gameplay (at least you can command the party this time!), and they love that the dungeons are effectively hallways covered with cutscenes. By golly if the UI is any more "dynamic" and slanted it will fall off my screen. No amount of shiny paint makes it stop being insufferable. May YHVH help us all.

But you know if you're into that, yeah go for Persona 5. People really love the characters and the subplots. I dont actually hear about people loving the main plot much, but people adore the inbetween conspirators and protagonist bants. I highly recommend if you like that.

I didnt mention, but Persona 5 royal is the "enhanced" edition of the game. If this is your first time playing Persona 5, you want the Royal edition. It has more story and a new character, new confidant, and many impressive new features i'm totally not mad about not having in the original game and purchasing it again.

If you're like me and was expecting a dungeon crawler with rude demons and only occasionally going to school or ripping people's faces off, I don't recommend purchasing Persona 5. Watch a Let's Play and live vicariously.

4
Reply
Last edited by SeikenDensetsu October 13, 2021 at 11:59 PM.
This comment has been rated as unhelpful by Slickdeals users
Joined Oct 2016
L6: Expert
1,693 Posts
74 Reputation
10-14-2021 at 06:21 AM #7
Do not buy Metro Exodus, it still has a game breaking bug that doesn't let you advance the story unless you restart the chapter. I lost hours of gameplay and will be selling my physical copy.

Bought P5R off a slick deal post in July. If I knew then what I know now O would have bought this game at MSRP and then bought the season pass too at full price. After three months I just platinumed the game. Still got at least one more run on NG+.

The music alone btw has become part of my daily playlist. So damn good.

Bike U Lock with Cable (Brand Via Velo) 49% Off on Lightning Deal for Prime Members $19.94

The Legend of Zelda: Breath of the Wild (Nintendo Switch) $40 + Free Shipping