daisybeetle | Staff
+117 Deal Score
86,372 Views
Macy's has select OXO Kitchenware for the prices listed below when you apply promo code LOW50 at checkout. To earn Slickdeals Cashback, before purchase, follow the cashback instructions below. Shipping is free on orders of $25+ otherwise choose free store pickup where stock permits.

Thanks to Deal Hunter daisybeetle for finding this deal. 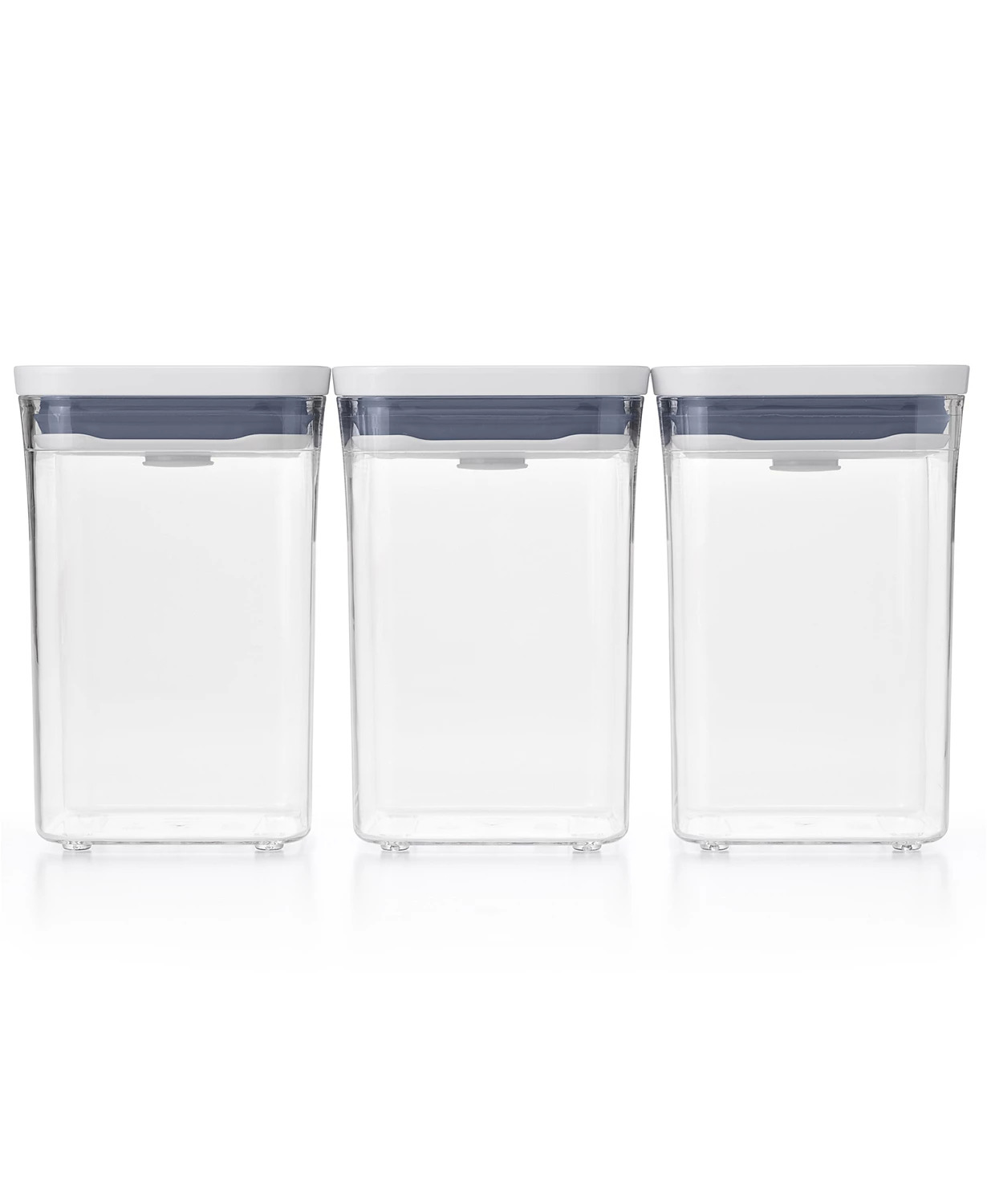 Example deals (after code LOW50, use once per order):

Add Comment
Reply
in Meal Prep & Food Containers (8)
If you purchase something through a post on our site, Slickdeals may get a small share of the sale.

Dollar General
Dollar General in store, 12 packs Coca Cola or Sprite, 3 for $10 with digital coupon
3 for $10
In-Store Only
65 20
Frontpage Deal

This comment has been rated as unhelpful by Slickdeals users
Joined Aug 2004
L6: Expert
1,723 Posts
328 Reputation
10-15-2021 at 08:57 AM #16
Mine seem to seal well but I've only had them for a short time. I noticed in the review I posted that they said food will go stale over time in these. But I expect that as it is not a vacuum seal. I guess I could put water in them to test.

I'd say just try them out and see if you like them. I have multiple different sets and use them for different purposes. The OXO set is for the countertop. The glasslock set from Costco (whatever it is called) is used for leftovers to be put in the fridge. The plastic lock set is for traveling and storage under the counter. The cheapo set is to take to family get-togethers for short-term storage.

0
Reply
This comment has been rated as unhelpful by Slickdeals users
Joined May 2013
L5: Journeyman
518 Posts
232 Reputation
10-15-2021 at 09:09 AM #18
The differences across the OXO lines (Good Grips vs SoftWorks) are mostly in shape and aesthetic. Their SteeL line is the only one that seems to be higher, but it's still the same functionality-wise. Availability of each just depends on the vendor and the decision of which set to get usually comes down to what you already have, unless you don't care that they're mismatched.

0
Reply
This comment has been rated as unhelpful by Slickdeals users
Joined Apr 2013
L2: Beginner
87 Posts
14 Reputation
10-15-2021 at 09:40 AM #21
Make sure you checkout using Chase Freedom PayPal for 5% CB. Thanks OP for the post. Finally triggered on the salad spinner + greensavers

0
Reply
This comment has been rated as unhelpful by Slickdeals users
Joined Sep 2008
L6: Expert
1,238 Posts
365 Reputation
Our community has rated this post as helpful. If you agree, why not thank ?
10-15-2021 at 09:40 AM #22
Their two lines are Goodgrips (better, sold at BB&B and most nicer stores) and Softworks (sold at Target, Marshalls, Costco, others). These look like the higher end ones, but without a box, it's hard to confirm. But Macy's sell goodgrips stuff, so these are probably goodgrips too

For utensils, the softworks stuff is noticeably less good. Cheaper materials, basically self-made knockoffs. For the POP containers, they're VERY similar. Sizes are ever so slightly different for whatever reason, and some have rounded square buttons instead of circle. Beyond that, they're almost indistinguishable.

****That all being said, they recently updated the design on these. The lids are thinner which allows them to fit a little more, but they make a MUCH worse seal than the old ones. When they're full, you cannot lift the new ones by the lids. The lids just pull off when you try. They make a good enough seal on the shelf, but you could easily pick it up wrong and have it drop and spill. The older ones were much better, both goodgrips and softworks.

This comment has been rated as unhelpful by Slickdeals users
Joined Jan 2008
L3: Novice
115 Posts
10-15-2021 at 09:54 AM #23
I agree with you and have been disappointed by the seals on these. I have one that I've stored brown sugar in, and even used the stone moisture ring for the lid, and is certainly not air tight. The lid comes off when closed with just a gentle tug and you can see in the corners where it isn't sealing well.

0
Reply
This comment has been rated as unhelpful by Slickdeals users
Joined Jan 2010
L3: Novice
192 Posts
69 Reputation
10-15-2021 at 10:51 AM #28
Great deal, placed two orders. Getting me a big container, two large short square containers, the 3 pack of (medium?) containers, and the brown sugar thing as a filler. Was definitely in need of this!! Thank you!

But, the difference is that the costco ones do no have the attachment point inside. Seems to be a Version 1 vs Version 2 difference. So I assume the seal has also been updated.

I've been happy with the costco ones. They'll probably add a new sku for v2 at costco in the future.