- This one comes with a replacement battery and the stand.
- The motor is backed by a 10-year limited warranty from LG. 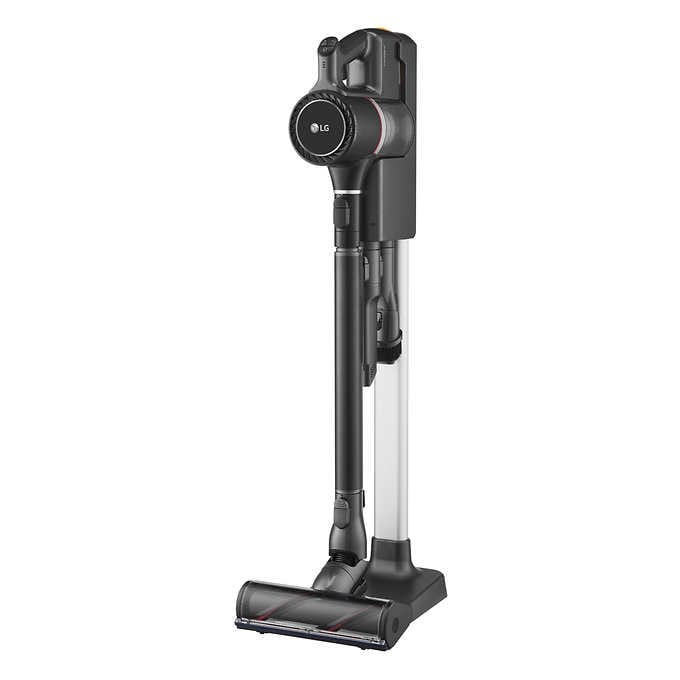 Avinash85 posted this deal. Say thanks!
Add Comment
Reply
in Storage & Cleaning (2) Get Costco Wholesale Coupons
If you purchase something through a post on our site, Slickdeals may get a small share of the sale.

This comment has been rated as unhelpful by Slickdeals users
Joined Nov 2020
New User
9 Posts
10 Reputation
10-27-2021 at 09:57 AM #2
I like this vacuum a lot. For the price it is a good stick vacuum. Not the Kompressor model that smashes the dog hair down, if only.

0
Reply
This comment has been rated as unhelpful by Slickdeals users
Joined Oct 2012
L3: Novice
183 Posts
82 Reputation
10-27-2021 at 10:23 AM #8
I really love this vacuum. Comes with accessories and two batteries, I really like the suction power- I've got a dog and baby and have no complaints except wish it was less messy to empty….. hah. But that probably cause I'm picking up lots of hair. Love the ability to use the floor stand without drilling into wall. I did get this at 319.99… more than 30 days ago… I wonder if I can get a price adj.

0
Reply
This comment has been rated as unhelpful by Slickdeals users
Joined Aug 2011
L6: Expert
1,028 Posts
123 Reputation
10-27-2021 at 10:37 AM #10
I don't have this particular model, but rather the 906 that was on a previous SD. It was a refurb on Ebay, and still listed, but at a higher price of $280. I do wish the 906 had the "Kompressor" feature which basically just tamps down the stuff in the bin (animal hair, as noted above) so you don't have to empty it as much. But it's not a dealbreaker for me. The bin is small anyway, but that's expected for a stick vac.

I know mine is a refurb, but I don't get very long run times on the highest setting before having to swap the battery out. Just thought it's worth mentioning. But if the batteries eventually die, there are aftermarket ones available for less than the OEM batteries.

0
Reply
This comment has been rated as unhelpful by Slickdeals users
Joined Dec 2011
L2: Beginner
59 Posts
10 Reputation
10-27-2021 at 11:18 AM #12
Kompressor model has a stronger motor and a mechanism to compress what's in the bin so you don't need to empty it as often.