Slickdeals Forums Deal Talk Prepaid Phone Cards (Email Delivery): Cricket Prepaid 15% Off
Advanced Search
Sorry, this deal has expired. Get notified of deals like this in the future. Add Deal Alert for this Item
Frontpage Deal

Thanks to community member theandrewgordon for finding this deal 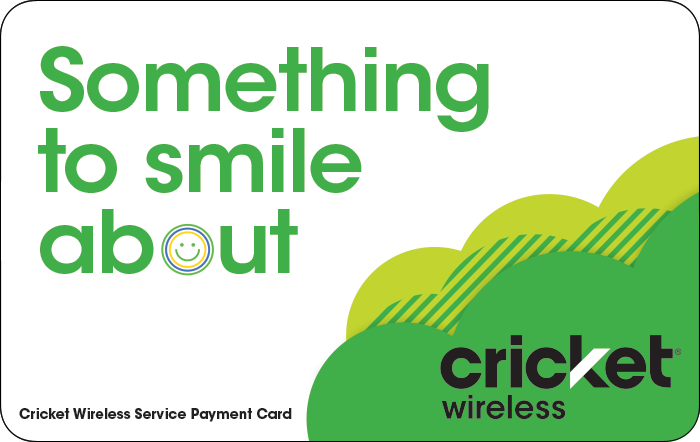 theandrewgordon posted this deal. Say thanks!

Add Comment
Reply
in Prepaid Phones & Refill Cards (7) Get Kroger Coupons
If you purchase something through a post on our site, Slickdeals may get a small share of the sale.

0
Reply
This comment has been rated as unhelpful by Slickdeals users
Joined Nov 2018
New User
4 Posts
10 Reputation
12-07-2021 at 11:07 AM #19
Hi All, I think Kroger is having a big delay in these gift card. It's like i purchase the cricket wireless and they are not scan properly for you to redeem. It's a delay redemption, there was one case I had a redemption that was delay for a week for the ones purchase in 11/09. The black friday cricket wireless i purchase on 11/25 is still delay and i can't even redeem them even though it saids ready to be claim. Any body have this same issue? Customer is a big headache as they have to transfer you around for the correct department and none of them were train to do this for what i experienced so far, otherwise yes it is a good deal.

This is the electronic gift card purchase from Kroger which i face the most hassle since everything is automatic generated. It should work, but turns out Korger system isn't as good. Customer service contact through email, you most likely never get a response. I'm about to talk to my bank for dispute If i can't redeem at the end. So guys please watch out for this situation.

0
Reply
This comment has been rated as unhelpful by Slickdeals users
Joined Dec 2017
New User
9 Posts
10 Reputation
12-07-2021 at 11:12 AM #21
This is as good a deal as one can get. Can't be used to buy a phone, it is service only. Have been on Cricket since 2017 and it served me needs, but I am leaving. I had 2 issues with it, one of which is resolved. Up until a month or so ago, speeds were capped at 8mbps which was crazy slow in a 5G world. They woke up and removed that cap and the phone speed is great now. The second issue is deprioritization in crowded areas. Basically if you are in a stadium or a crowded rush hour train, the phone won't give you a data connection...at all. For this reason alone, I am changing service. Plus, there are really no phone deals for existing customers, so it does make sense to change carriers once in awhile to take advantage of the phone subsidy. But, I might return if I moved somewhere less congested.

0
Reply
This comment has been rated as unhelpful by Slickdeals users
Joined Apr 2020
L4: Apprentice
343 Posts
50 Reputation
12-07-2021 at 11:27 AM #22
Yes this is a good deal. I just stocked up with the last 13% sale and I'm considering switching once that is used up. Otherwise I'd be all over this one. Still have one more 35 gal fill up at a dollar off left from the fuel points. If you add in the savings from the fuel points it's a really slick deal. And at least in past deals the fuel points get calculated based on the original card value before the discount! Not sure if the fuel points require clipping a coupon. The last sale didn't require that but i. The past it was usually via a coupon.

Reason I'm considering leaving is not because of slow speed or network congestion deprioritization (haven't had issues with that and 8mbps has been adequate for my use) but because they don't support Apple Watch and we will soon need to add another line which I can't add to my family plan (grandfathered $100 for 5 lines at 10gb each). I plan to try visible via esim on my phone and if it's good will switch to them I once my balance is used up. Cost would go up a little bit ($125 for 5 lines) but data would be unlimited and I would gain hotspot functionality and ability to add Apple Watch.

Even if we get a target deal with red card, it probably won't reach 15% off.

0
Reply
This comment has been rated as unhelpful by Slickdeals users
Joined Feb 2014
L5: Journeyman
972 Posts
270 Reputation
12-07-2021 at 11:31 AM #24
They have the same qci prioritization level, however within a qci bucket they can traffic shape. Removing 8mbps traffic shaping naturally will have people using more data and that slows down the village. Perhaps the shift to 5g bands will help in the near term. The real problem with cricket and why I'm moving to usmobile is the draconian phone selection and simple things like hotspot and wifi calling being spotty at best come Feb they are really going to put down the hammer.

0
Reply
This comment has been rated as unhelpful by Slickdeals users
Joined Apr 2020
L4: Apprentice
343 Posts
50 Reputation
12-07-2021 at 11:38 AM #26
If you can use the fuel points this would get you an extra $140 benefit but you have to be able to take 35 gal in one sitting four times before the end of January to take full advantage of it. You can fill up multiple cars within one transaction if you can handle the logistics of getting the cars to the pump. We usually pull up two cars (our gas caps are on opposite sides so we park them trunk to trunk) and fill a couple cans with what's left. The cans either get used in between fill ups or for the mower or 3rd car. We usually have no problem using all 35 gals.

0
Reply
This comment has been rated as unhelpful by Slickdeals users
Joined Mar 2004
L10: Grand Master
8,375 Posts
806 Reputation
12-07-2021 at 12:10 PM #28
we've been on Cricket since 2014~2015, 5 lines for $100, I have another Xfinity as my primary phone but even that is starting to get slow and adding more and more restriction each year like 480P YouTube, etc., when I first started with Xfinity there was no restriction.
So I can't really complaint about Cricket, especially a couple years ago they up the data to 10GB instead of 5GB, with these Kroger deals I'm paying $85~90 a month for 5 lines, none of the 5 lines are using 5G phones so we should be good for a few more years, but I'm sure by that time cricket will be 5G ready.